Jesus and the Boomers: a History

Imagine for a moment you were born into the one of the first few years after World War II. America was victorious. The troops were home. Your mom had worn your dad’s letter sweater the entire time he was away. Suddenly a “boom” of new babies swept the land as a nation tried to pick up the pieces and live their way into their new role of global superpower.

But both your parents had been born into the Depression, and had just lived through the horrors of war. Your childhood was rooted in the specter of scarcity. Your father couldn’t sleep, your grandparents still cried for their second son, and nobody was able to even acknowledge the trauma. Even the term “PTSD” was still decades in the future.

Imagine, just to put a timeline on it, that the date of your birth was July 4, 1950. Your mother’s maternity leave was likely permanent, whether she liked it or not. You were one of the first children to enter kindergarten after the Supreme Court desegregated schools, and if your parents were wealthy enough, you could catch the backlash to the Civil Rights Movement on their brand new TV.

If you were a woman, you could be harassed without repercussion. You could not get a safe, legal abortion. Title IX did not yet exist. You likely couldn’t get a credit card without a male cosigner until you were almost 30.

If you were black, in most places your parents weren’t allowed to vote. Segregation was in full swing. You grew up knowing you could be killed for stepping out of line. Everybody knew somebody who had been arrested for nothing, or beaten, or found a warning cross burning in their yard.

If you were native, you and your siblings might have been taken from your home and forced into government boarding schools where something as simple as speaking your own language could get you beaten to death.

If you were gay, you were either insane or criminal, and could be locked up in almost any jurisdiction.

If you were a cis white male, you grew up being taught this was the natural order of things.

As you grow, America changes. In a nation founded on religious freedom, suddenly the conservative Christian God and American politics become formally wed. You are the first generation to say “under God” in the Pledge of Allegiance, a weapon Eisenhower deployed as Cold War propaganda. You were six when e. Pluribus Unum was replaced with “In God We Trust” on the dollar bill. You watch black churches get bombed over civil rights, and you are the same age as the children who die. You watch on TV as senators and governors and southern white sheriffs cry out, “God is the original segregationist.”

You come of age in the late sixties and early seventies. America now loses all its wars. Oligarchy has taken over the government. The economy is collapsing. You turn to the church, but what’s left of Christian America is slowly being taken over by “fundamentalists,” the precursor to today’s evangelicals. Mainstream denominations are engulfed by a “conservative resurgence” rooted in racism, distrust of government, and a slew of brand new rallying points like abortion.

For a while, things seem to be turning around. If you are white and middle class and not a farmer, the eighties seem to go your way. The Cold War, at least, is ending. But the new fundamentalism keeps going. Televangelists come on the scene, and you trust them, as you have always trusted the men on television. Every progressive cause is the work of godless communists. Every conservative cause an impassioned plea for donations. As the turn of the century approaches, new media brings the world closer. Things you had never dreamed of seeing come to pass. America is attacked. Waves of immigrants, the product of American interference in South and Central America, try to reach our shores. The media are all bought out by mega corporations producing packaged horror on the evening news. Gays are getting married. The president is black.

The President is black.

Change is hard. You are scared. You tune in to the channels that validate your fear. Fox News. Rush Limbaugh. Your children and grandchildren don’t understand you. You feel alone. Isolated. You can’t understand what is happening in the world. And so you vote, as your church and the television tells you to, for the “Moral Majority,” then the Tea Party, then Trump. You try to log on to Facebook, but everyone is calling you a racist. You try to reach out, but everyone has new pronouns you don’t understand. You know the end of your life is near, and you don’t see anything of yourself in the world you are leaving behind.

Of course, this is not the story of every Boomer, but it is the story of every Boomer targeted by the popular and dismissive epithet, “Okay, Boomer.” Frightened, out of touch old men and women who are driving America into the ground with their ignorance and their votes. They are the reason you can’t pay your student loans. They are the reason the National Debt is 25 trillion and climbing. Their hubris caused global warming, endless war, and a world torn apart by hate.

But they are human, as are you and I. They are the product of generational trauma, hanging on to anything they can. They can’t plan for the future because they can’t comprehend the present. And they—like you—are still beloved children of God.

So what did Christ do with the Boomers of his day?

Jesus and the Pharisees

Although Jesus’ situation is not exactly parallel to ours, there are some similarities. The Jewish culture Jesus grew up in was devastated by Roman rule. Local Jewish authorities were just coming to terms with the new world order, and the Pharisees were emerging as the most powerful of competing sects. Josephus noted their movement had the general support of the “common people,” but they were in constant conflict with change-makers like Jesus and John the Baptist. And Jesus wasn’t shy about voicing his opinions:

…but do not do as they do, for they do not practice what they teach. They tie up heavy burdens, hard to bear, and lay them on the shoulders of others; but they themselves are unwilling to lift a finger to move them (Mt 23:3-4).

In this passage, Christ laid out the “woes” of the Pharisees, from hypocrisy to bad evangelism to greed and self-indulgence to having “neglected the weightier matters of the law: justice and mercy and faith” (v. 23). Elsewhere, he called them “an evil and adulterous generation” (Mt 12:39) and chastised them because they “cannot discern the signs of the times” (Mt. 16:4).

But this does not mean Jesus gave up on the Pharisees, or cut them out of the dialogue altogether. In fact, Jesus commanded that his followers give the Pharisees the respect that was their due (Mt 21:3), and engaged them over and over again in thoughtful debate throughout the entire Gospel story. Jesus dined at Simon’s (the Pharisee’s) house. He performed miracles in front of them, which both astonished them and filled them with fear (Luke 5:17-26).

Perhaps the most famous Pharisee of Biblical times actually came a little bit after Christ, but his story might be the most instructive of them all. Saul of Tarsus was a “Pharisee, a son of Pharisees” (Acts 23:6) who mercilessly persecuted the fledgling Christian movement and brutalized Christ’s followers. But things changed when, in a flash of light, Christ appeared to him and made him understand the consequences of his actions (Acts 9:5). Saul then became the man we know today as Paul the Apostle, one of the most influential voices in the early Christian church.

If it could happen to him… 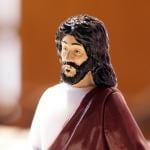 April 18, 2020
Jesus and Violence: Three Biblical Stories on How to Start a Revolution
Next Post 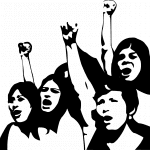 April 25, 2020 How One Man's COVID-19 Protest May Have Shut Down a Right-Wing Evangelical Extremist Church
Recent Comments
0 | Leave a Comment
Browse Our Archives
get the latest from
The New Paraclete
Sign up for our newsletter
POPULAR AT PATHEOS Progressive Christian
1 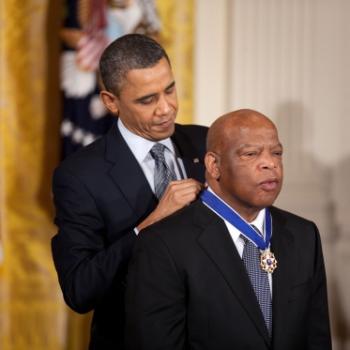