Jesus and Violence: Three Biblical Stories on How to Start a Revolution

Jesus and Violence: Three Biblical Stories on How to Start a Revolution April 18, 2020 Jim Coppoc

Progressive Christians like me tend to focus on Christian love. On grace. On forgiveness. On inclusion and charity. After all, Isaiah called the Christ to come the “Prince of Peace” (Is 9:6), and Paul wrote that Jesus “came and preached peace to you who were far off and peace to those who were near” (Ep 2:17). But how does this square with the warrior messiah of Revelation, or with the many violent parables attributed to Jesus in the Gospels?

When I read the Bible, I like to apply certain lenses. Because of the many apparent contradictions and misunderstandings, I like to resolve theological issues by going straight to the source. Christians follow the Christ. His actual words and actions ought to take precedence over those of, say, Paul or John of Patmos. I also look for consistency. If something shows up in all four Gospels and again in the books that follow, it’s likely a more central concept than something that shows up once. Finally, I look for context. Symbolism is symbolism. Parable is parable. Direct words and actions are direct words and actions. To read these any other way is to intentionally ignore what is explicit in the actual scripture.

The Book of Revelation comes from a well-known genre of apocalyptic writing that uses symbolism and metaphor to make sweeping social commentary. John of Patmos was admittedly “in the spirit” when he wrote it (Re 1:10). The seven churches John was writing to would have known this. It’s not fair to use it as evidence that the actual Christ was as quick with a sword as the letter represents.

Parables too, are what they are. Often the characters in Jesus’ stories met with violent ends because of their actions, but that doesn’t mean he was advocating violence any more than reading Hansel and Gretel to your children advocates burning hermits and eating their houses.

But then there are the actual, direct words and actions of Jesus Christ, which are not nearly as peaceful as many of us would like to think.

Swordplay in the Gospel

The quote that opens this essay can be a little misleading out of context. Christ was not talking about a literal sword. He was talking about revolution. The kind of change that could create conflict even within one’s own family. But Christ did engage in much more literal talk about swords elsewhere.

In Luke 22, for example, just before his arrest and execution, Jesus tells his own followers to get swords, even if they have to sell their cloaks to do so (v. 36). He literally commands his people to arm themselves. But he gives a reason. Jesus clarifies,

for I tell you, this scripture must be fulfilled in me, ‘and he was counted among the lawless’; and indeed what is written about me is being fulfilled. (v. 37)

Jesus was using the threat of violence to instigate the police state to commit violence. In fact, when Peter—like many contemporary readers—misunderstood Jesus’ meaning and actually used his sword to defend his rabbi (vv. 50-51; cf. Mt 26:51, Mk 14:47, Jn 18:10-11), Jesus rebuked him, saying, “no more of this!”, and he healed the man Peter had attacked.

Cleansing of the Temple

In another instance, perhaps only a couple days before, Jesus actually commits violence in a protest against merchants and money changers taking advantage of Passover pilgrims to the Temple in Jerusalem.

Critically, although Jesus does make a whip, there is no record of him actually striking anyone with it. In the only part of the Gospel story where Jesus directly commits violence, it is violence against property and not against people. Jesus does not explain this action as he does the swords, but there is a very strong clue in the telling of this same story in Matthew:

And when the chief priests and the scribes heard it, they kept looking for a way to kill him; for they were afraid of him, because the whole crowd was spellbound by his teaching (Mt 11:18, cf. Lk 19:47-48).

Again, Jesus’ violence hurt no one, but threatened the ruling class such that they were forced to act.

In the Sermon on the Mount, Christ’s most coherent and detailed set of instructions for his followers, he directly commands, “do not resist an evildoer” (Mt 5:39). This is the passage where the famous phrase “turn the other cheek” originated. The word Matthew used to represent “resist” is antistenai, which is a specific reference to violent resistance. In fact, taken in context and in the original autograph, this passage becomes a primer on nonviolent resistance.

While on the face of it, the passage appears to conflict with Christ’s later violence and threats of violence, when taken as a whole all of this adds up to a masterclass on escalating tactics for resistance and revolution. Remember, in all of this, other than economic and property damage, Jesus hurts no one. The violence is staged and disruptive, a means of provoking the powers that be. And in the end, as Jesus clearly taught, violence begat violence. He was martyred in service to his mission.

What Does This Mean

This essay is not a call to violence or martyrdom. I don’t advocate any of my readers making themselves intentional victims of the state. But it is worth remembering that nonviolent protest does not work without disruption. And behind every great social movement in history, there has always been at least the implicit threat that things could escalate. There is no Martin without Malcolm. Christ is often referred to as a “scandalous presence.” It is often said, borrowing from Finley Dunne, that God’s work through Christ is to “comfort the afflicted and afflict the comfortable.”

So let us afflict, as did the Christ, in the ways that do the most good for our place and time, and let us do so in the spirit of Christian love for and service to the blessed “least of these” that the long moral arc of the Bible always seeks to protect. 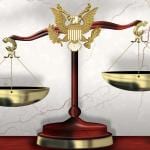 April 14, 2020
Evangelicals Are Suing to Lose: a Primer on Jesus and the Constitution in the Age of COVID-19
Next Post 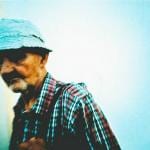 April 20, 2020 Jesus and the Boomers: a History
Recent Comments
0 | Leave a Comment
Browse Our Archives
get the latest from
The New Paraclete
Sign up for our newsletter
POPULAR AT PATHEOS Progressive Christian
1