John Lewis, and the Theology of #GoodTrouble

John Lewis, and the Theology of #GoodTrouble July 18, 2020 Jim Coppoc

“What does it profit a great nation to conquer the world, only to lose its soul?”

There is no doubt that John Lewis was a deeply religious man.  An ordained Baptist minister, Lewis was publicly vocal about his faith throughout his long and storied career, which famously began as a child, preaching to the chickens at his rural Alabama home, working desperately to overcome his shyness and his stutter.  But Lewis was never one to leave his faith at home.

At 15, Lewis preached his first public sermon, “A Praying Mother,” based on the story of the prophet Samuel.  By 17, Lewis had invested in the Civil Rights Movement and wrote Dr. Martin Luther King, Jr to tell him so.  By 18, Lewis had made his first visit to King.  By 21, he was a Freedom Rider.  By 23, he was Chairman of the Student Non-Violent Coordinating Committee and was regarded as one of the Civil Rights Movement’s “Big Six” leaders.  And his biography from there is American legend.

In a recent interview with NPR, Lewis recalled his mother used to warn him to stay out of trouble:

“But I told her that I got into a good trouble, necessary trouble,” he said.  “Even today, I tell people, ‘We need to get into good trouble.'”

John Lewis lived in an era of lynchings and beatings and church bombings and segregation and assassination.  Much like today, with the extrajudicial police killings and the fallout from decades of racist legislation like the 1994 Crime Bill, this was a reality every young black man had to face–a specter riding shotgun in every police encounter and stalking every aspect of social life.

And this violence is not without consequence.  Kenneth V. Hardy of Drexel University has found through years of both research and therapeutic practice that “racial oppression is a traumatic form of interpersonal violence which can lacerate the spirit, scar the soul, and puncture the psyche.”  In fact, just the experience of living while black in America can trigger ongoing, pervasive symptoms best described by psychologists as PTSD, and by those in ministry as “spiritual injury.”  In essence, traumatic events beyond a person’s control can wound their spiritual core just as deeply and their psychological core, and with extensively overlapping pathologies.

So what can be done to heal the generational psychological and spiritual injuries of racism and oppression?

One answer, according to psychologists, is activism.

The Healing Power of Activism

One of the reasons we have civil rights movements is to address the grief, anger and trauma that come from generations of racial (and other) inequity.  Social scientist John Schute, for example, has examined “the strength and purpose that can be gained from collective defiance” and found that both personal and cultural healing can come from activism that addresses the cause of the trauma.  Some have gone so far as to call this the “Activism Cure,” operating through a combination of building resilience and investing in something “greater than yourself.”

Historically, one of the best, most effective ways to accomplish this “activism cure,” especially in the context of the deep spiritual wounds of racial injustice, has been through nonviolent, faith-based, community resistance.  Professor Paul Harvey of the University of Colorado, for example, a researcher of race, religion and civil rights, has concluded that faith, and particularly “black Christianity […] is what empowered the rank and file who made the [Civil Rights] movement move.  And when it moved, major legal and legislative changes occurred.”  Dr. Bernard LaFayette, Jr, the Director of the Center for Non-Violence and Peace Studies at the University of Rhode Island agrees, citing many examples of how “the church was the place where different social and economic groups came together and became united in the cause of justice.”  Lewis recalls this as well:

The prayers, the songs, the hymns fortified me, made me stronger, gave me the power and the ability, the capacity to keep moving, to pick ’em up and put ’em down. If it hadn’t been for my belief in God Almighty, the civil rights movement and my own participation would have been like a bird without wings.

It was no accident that the movement was led primarily by ministers—not politicians, presidents or even community activists—but ministers first, who believed they were called to the work of civil rights as an expression of their faith.

Perhaps the best way to honor Lewis’ life is to continue Lewis’ work.  In his own words:

Although Lewis was himself Baptist, and did have his roots in the church, for him this work was just as powerful in the secular sphere as in the sacred.  Recalling leaving seminary to make his career in the Civil Rights Movement, Lewis once said:

I think my pulpit today is a much larger pulpit. If I had stayed in a traditional church, I would have been limited to four walls and probably in some place in Alabama or in Nashville, Tenn. I preach every day. Every day, I’m preaching a sermon, telling people to get off their butts and do something.

And that, Dear Reader, is #GoodTrouble.

About Jim Coppoc
Jim Coppoc is a seminarian and father, and a believer in the long arc of the moral universe. You can read more about the author here.
Previous Post 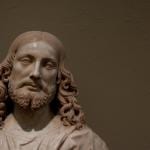 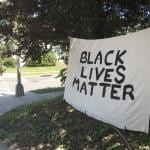 God Said It, I Believe It,...
Freelance Christianity
Related posts from The New Paraclete