church and reflect on how I experienced God this weekend. My wife and I visited an amazing church in the French Quarter of New Orleans: Vieux Carre Baptist church. My buddies Jay Newman and Sean Michel connected me with pastor Tom Bilderback and his wife Sonia, who have been at “The Vieux,” as it’s called, for the last 4 years. Tom invited me to hang out with his people and teach at the church. And I’m not sure I knew what I was getting into.

For those who have visited “Nawlins” you’ll appreciate the fact that The Vieux meets one block off Bourbon Street in the French Quarter. Burbon Street is basically a modern day Sodom and Gomorrah. It’s what happens when you sear a human conscience, pump it full of alcohol, crank up the music, and take away all law and moral restraint. It’s not uncommon for two drunk people to sex in the street, puke their guts out, pass out unconscious on the sidewalk, wake up to defecate themselves, and then drift back into an alcoholic slumber, all before noon. Seriously, when I walked out of my room to head to church, I nearly stepped in a pile of dog crap, but then I noticed the soiled underwear next to it. Yup, that pile came from a human who apparently had too many hand grenades the night before. I could go into more detail about the stuff I saw this weekend, but it would be a little too raw—yes, even for me.

But I saw Jesus. Jesus lives right off Bourbon street. He resides in the embodied love and grace of a radical little group of Christian misfits who call themselves The Vieux. I was simply blown away at the power of Jesus at work in this community. People are getting saved. Drunks are coming to Christ. And homeless people are finding family in a rag-tag group of Jesus followers who have left comfort and security to penetrate thick darkness with radiant light.

Over the weekend, I met several people who spent most of their lives on the streets sucking on a bottle of liquor. Yet they have found Jesus and are serving Him with reckless abandon. These are genuine converts, folks. Not drunks who come for the hot coffee and free donuts. (Well, there were a few of those as well.) I’m talking about real Jesus-followers.

Like “Mamma Rose,” as she’s known by everyone in the Quarter. Mama spent a good 40-50 years of her life on the streets downing 2 liters of Vodka a day. I don’t think Mama  experienced a sober hour of her life since the early 80’s. Previous pastors of The Vieux reached out to her, and Tom and Sonia picked up where they left off. They befriended her, helped her, and built a relationship with her—something the angry street preachers who parachute into the Quarter on Saturday nights would never do. Mama Rose recently found Jesus in the hands and feet of His followers from the Vieux. She’s been clean now for a couple years and she’s telling everyone about Jesus.

Jim has been divorced 3 times and spent most of his life addicted to drugs and alcohol. Pastor Tom reached out to him with the love of Christ and now Jim’s a leader in the

church. And what a beautiful soul Jim is. One of the kindest, most grateful Christians I’ve ever met. And talk about brilliant. The dude has studied to be a tour guide in the Quarter and he knows everything there is to know about its history.

Story after story, convert after convert, I became addicted to meeting these radically transformed souls who found Jesus through the ministry of Vieux Carre. Their life gave me life. And I was reminded once again of the power of Jesus-centered, grace-filled, urban ministries.

I’ve always admired and been greatly challenged by my friends who move into the city to love show Jesus to some real down-and-out people. My love for urban ministry began back when I was teaching at Cedarville University from 2007-2009 and my friend Jeff Cook opened my eyes to the realities of poverty and the homelessness. For various reasons—I really hope fear isn’t one of them—I don’t believe God has led me to relocate my family to the inner city. Yet I’ve always had a strong desire to stay connected with and support my friends who are doing the difficult work of serving some real gritty needs in the city.

I’m walking away from my new friends at The Vieux with two challenges. One, am I doing all I can to support my brothers and sisters ministering in the hood? Whether it’s prayer or money or teaching or relationship, am I helping them further the kingdom of God in places that most Christians try to avoid? Because let’s face it, those of us who go to church in the suburbia aren’t usually tripping over homeless people and human feces to get there. And while we face many needs, few of use are living and doing church in the midst of the type of darkness that blankets places like the French Quarter of New Orleans. (I didn’t even mention the pervasive voodoo influence and the well-known haunted houses that pepper the Quarter.) Even the cops just try to keep the evil at bay. Unless you’re committing some sort of violent crime, pretty much anything goes.

Second, I’m walking away greatly challenged by Tom and Sonia’s faith. I asked pastor Tom how they’re supported, since pastoring a church filled with former addicts and drunks doesn’t usually provide much of an income. “Well,” Tom said, “God just seems to provide.” I kept pressing him on how he and his wife are able to eat and keep the lights on at the church, and he kept telling me that they survive on anonymous donations that come thought the mail.

I was admirable of Tom and Sonia’s dependence on God. Here’s a couple who truly lives on raw and reckless faith. They moved into one of the darkest, most demonically infested neighborhoods in the country—a place where many Christians are advised not to go. Too many sinners there.

I don’t usually do this, but if you want more info, or if you want to partner with Jesus at

the Vieux, you can email my assistant (pmsprink@gmail.com) who will give you more info about how you can help. Tom didn’t put me up to this. In fact, he has no clue I’m writing this blog. I just know that there is a lot of money spent on stupid stuff that does little to further the kingdom and we need to be aware of effective ministries who need our help. And the Vieux is one of them.

As a segue back into our series, I should add that almost all of the Christians who have moved to New Orleans to help Tom and Sonia at the Vieux are millennials. We’ll pick it up there tomorrow.

September 17, 2015
Why Are Millennials Leaving the Church in Droves? Part 2
Next Post

September 23, 2015 Why Are Millennials Leaving the Church in Droves? Part 3
Recent Comments
0 | Leave a Comment
Browse Our Archives
get the latest from
Evangelical
Sign up for our newsletter
POPULAR AT PATHEOS Evangelical
1 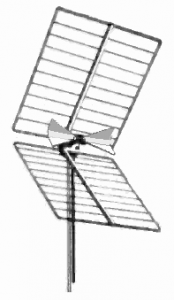 Evangelical
What Does it Mean to “Become More Like...
Theology in the Raw 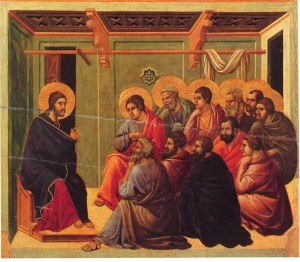 Evangelical
What Can We Learn from the Millennials Leaving...
Theology in the Raw 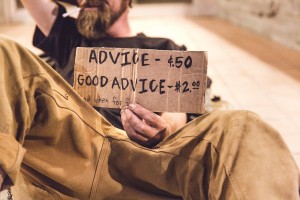 Evangelical
Why Millennials Might Be Leaving the Church in...
Theology in the Raw 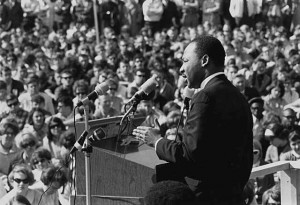 Evangelical
Why Are White Millennials Leaving White Church in...
Theology in the Raw
TRENDING AT PATHEOS Evangelical