The Killer at the Door

at the fringes of the main topic. It’s common for people to race to the “killer at the door” scenario (and its variations) without stopping to consider the main problem of militarism in the church. My primary point, in my books and blogs and even my Q talk, is not that using violence as a last resort—a lesser of two evils—is the biggest problem in the church. It’s not. My main problem is with the underlying spirit, which believes that power and violence is the way that evil is overcome. A spirit which proclaims:

It’s not our reluctance to use violence as a lesser of two evils—which acknowledges that it’s still evil. Rather, it’s the eagerness with which we think that violence is the best way to deal with evil, which is exemplified in American Christianity’s fascination with military might. The bigger, the badder, the better. Military historian Andrew Bacevich recently said: “Were it not for the support offered by several tens of millions of evangelicals, militarism in this…country becomes inconceivable.” Some call this a problem. Others call it a virtue. The prophets called it idolatry.

You want to use violence to defend your family in the rare (yet real) case that someone breaks into your home preprogrammed solely to massacre your wife and kids? Fine. Heck, in the heat of the moment, maybe I would too. But this isn’t the main problem. The problem is that our posture toward our enemies and method of dealing with evil looks no different than the world’s. How we think about taking care of the person busting down our front door is only the tip of the iceberg.

In any case, let’s go ahead and dive into the well-known scenario thrown at pacifists to see if its ethic is worth its salt. My friend Nicolas Richard Arndt will stand in for our questioner who wants to show that pacifism doesn’t work in the real world. His name is really long, so we’ll just go with his initials (NRA). And I’ll go ahead and be the pacifist backed into the corner of this theoretical scenario.

I used to just go along with scenario as it’s typically thrown at me: a 2 dimensional world where it’s kill or be killed, Bibles are closed, and God’s nowhere to be found. But this isn’t the real world. I don’t participate in worlds that don’t exist. So here’s how I now respond to the killer at the door scenario.

NRA: Okay, so say a guy with a gun is breaking into your house trying to kill your family. What are you going to do?

Me: I’ll use nonviolence to stop him.

NRA: Because this is the real world.

Me: But nonviolence works all the time in the real world, both on an individual level and on a national level. It’s been well documented.

NRA: Well, whatever. In this situation, it won’t work.

Me: That’s not the real world.

NRA: Okay, just say in this situation it won’t work.

Me: How come I can’t play the game?

Me: Playing a role in constructing this scenario? How come you get to make up all the rules and possible options? Why don’t we both put our heads together to figure out a real life scenario with real life options?

Me: So I can’t pitch in some thoughts about your scenario?

Me: Well, okay. Go head and construct your real life scenario and I’ll sit back here with my hands neatly folded.

NRA: Okay, so say a guy is breaking into your house with a gun and he’s going to kill your family. Would you shoot him?

Me: I don’t keep a loaded gun in the house.

NRA: For this situation, let’s just say you do. For the sake of the argument.

Me: What about my kids? Homes with loaded guns put kids at risk. It’s been well documented. And I love my kids and have a duty to protect them, so keeping a loaded gun puts them at greater risk.

NRA: Ya, but for this scenario, they’re not at risk.

NRA: What are you going to do? Kill the killer or let your family get shot?

Me: I’ll shoot the gun out of his hand.

NRA: Well…okay, you’re not that good of a shot.

Me: Then I might miss the killer and blow my kid’s head off.

NRA: Okay, well, let’s just say that you’re not so good of a shot that you could shoot the gun out of his hand, but you are a good enough shot that you won’t miss and shoot your wife.

Me: This is your real life scenario?

Me: Okay. Sort of a good shot but not that good of a shot. Got it. Real life scenario. So, does God exist in your scenario?

Me: The God of the Bible?

NRA: Uh…yes, the God of the Bible.

Me: This God of the Bible who exists in your scenario, does he answer prayer?

NRA: Well ya, but not in this scenario.

Me: Not in this scenario?

NRA: Not in this scenario.

Me: You’re 100% sure that prayer won’t work in this scenario?

Me: Have you read about Hezekiah and Sennacherib?

NRA: Okay, so are you going to kill him or let your family get killed?

Me: What if I offer to give him my house, my two cars, and everything I have in savings if he would just leave. You know, lavish my enemy with love and protect my family. Who knows, maybe he’ll become the next Jean Valjean.

NRA: Because he wants to kill you and your family.

Me: Really? This is a human being? Like, he’d rather kill me and my family than take $300,000 dollars? I’ve never heard of such a human being. Do they really exist?

NRA: In this scenario, yes. He’s set on killing you.

Me: He’s, like, preprogrammed to kill. 100% dead set on killing with no way to be persuaded otherwise?

Me: But in the real world, human beings are created in God’s image with breakable wills, conflicting desires, and emotions. The pre-programmed robotic human of your scenario doesn’t really exist, does he?

NRA: In this case, he does.

Me: Okay, so let me get this straight. A preprogrammed robotic human is breaking into my home with a gun. Any attempt to stop him without using violence is taken off the table, despite the fact that nonviolent attempts to apprehend bad people with guns does actually work in the real world. And in your “real world” scenario, I have quick access to a loaded gun in the house which happens to be no threat to my four children. I’m a pretty good shot but not that good of a shot. God exists in this scenario, but despite the fact that this God typically answers prayer, for this scenario, the heavenly phone’s off the hook. And this cyborg would rather kill me and my family rather than walk with $300,000. And this is somehow your real world?

NRA: Yes, yes, that’s the scenario. What would you do?

Me: I would pinch myself because I must be in a dream. Your supposed “real life” scenario is not the real world at all. It’s a world where Jesus is still in the tomb, prayer doesn’t work, a deistic god stands off in the distance, and the deception of power has clouded your Christian thinking. But my world, the real world, has a crucified Lamb, an empty tomb, and direct access to the heavenly throne which is more effective than 10 tons of C-4.

I don’t live in a theoretical world; I live in a world turned upside down by a God who justifies the ungodly and calls us to love our enemies.

What would I do if someone tried to harm my family? I’ll disembowel him before I slit his throat with a dull knife. But the question isn’t what would I do, but what should I do. But once we talk about shoulds instead of woulds, we now have to dust off our Bibles and put on our cruciform spectacles to see what saith our sovereign lord. Which is where we’ll go in our next post.

May 4, 2016 Nonviolence: In Brief
Recent Comments
0 | Leave a Comment
Browse Our Archives
Related posts from Theology in the Raw 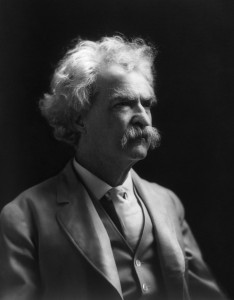 Evangelical
The only way to stop a bad guy...
Theology in the Raw
TRENDING AT PATHEOS Evangelical