Walmart recently announced that it would raise pay for its hourly U.S. employees to at least $9 an hour by April. The announcement comes amidst years-old controversy over the pros and cons of raising the federal minimum wage, which is currently $7.25 an hour. Does this mean there is no need to talk about minimum wage laws? Does the Bible have anything to say about a minimum wage?

Among the reasons employers may choose to pay people less, two stand out.

One reason is that people are viewed as interchangeable assets to be acquired as cheaply as possible. However, the commodification of human beings runs counter to the biblical view of people as not just workers, but as image bearers of God. How we treat each other matters.

Business is a relational endeavor with multiple stakeholders: employers, employees, suppliers and customers. Employers, like all other people, are called to fulfill the biblical mandates to “love God” and “love your neighbor as yourself.” Loving others in the context of business means valuing righteousness as well as justice in these relationships. As such, in the Old Testament, God takes a strong stand against employers who profit by exploiting others. For example, the prophet Malachi complains that some people profit by exploiting the most vulnerable in society, in particular by defrauding labourers of their wages (Mal. 3:5). In the New Testament, Paul, echoing the words of Malachi, reminds Timothy that the worker is worthy of his wages (1 Tim. 5:18).

The second reason for paying people less is the short-term focus of our world today. Quarterly profits drive near-term behavior, and this has become a preoccupation for many businesses. In our increasingly short-term world, we have seen far too many examples of individuals looking for shortcuts, pursuing short-term gain at the expense of longer-term outcomes, or simply leaving at the first sign of difficulty. A 2008 study asked CEOs of 500 companies whether they would knowingly forgo long-term opportunities in order to make quarterly results, and 80% said they would. [1]

However, a biblical view reminds us that there is wisdom in patience. Patience takes a long-term view. It is a form of dependence on God. In Galatians 5:22-23, the fruit of the spirit includes patience, a virtue not often lauded in our short-term world. According to Proverbs, “a patient man has great understanding, but a quick-tempered man displays folly.” Patience at work does not refer to indecisiveness or failure to act urgently when necessary. Instead, it means a freedom from the anxiety that would tempt us to act before the time is ripe or to take costly shortcuts.

Jim Sinegal, co-founder and former CEO of Costco, concluded that paying workers well—the average wage at Costco in 2006 was $17 an hour—added to their motivation and loyalty. When asked if investors pressured him to increase quarterly profits and increase shareholder value by cutting wages and raising prices, he responded:

“We get it every day. That’s not an unreasonable question for someone in the business of making money. Their job is to buy low and sell high. But that’s not our job. Our job is to build the company, hopefully one that’s going to be here fifty years from now. You don’t do that by changing every time the wind blows in a different direction. The things that we do are basic and intrinsic to our business and our company…We believe our strategy will maximize shareholder value over the long-term…I think the biggest single thing that causes difficulty in the business world is the short-term view. We become obsessed with it. But it forces bad decisions.”[2]

A Harvard Business Review article titled “The High Cost of Low Wages” noted that due to its compensation practices, Costco has had lower employee theft and higher employee retention than its competitors, which has translated into better profits per hourly employee.

It would seem that fair pay for workers and a long-term view of business is not just a matter of justice, but good business practice as well. Pay can create a vicious–or a virtuous–circle. If people are merely assets to be acquired as cheaply as possible, that will be reflected in the way they work. On the other hand, when employers treat employees well, they join with them in partnership to grow businesses and achieve a win-win.—Perhaps this is what is behind WalMart’s wage decision.

Interestingly, WalMart’s stock dropped after it made its announcement. This is not surprising. In a similar situation 15 years ago, Nordstrom announced it would refocus toward its employees and customers and away from its singular focus on shareholder value. Its stock also dropped as scathing analyst reports came out. But over time, Nordstrom’s stock rebounded as its strategy took hold.

Does this mean there is no need for minimum wage laws as employers become enlightened?  Unfortunately, there will continue to be those who would exploit the worker and focus on the short term. But perhaps with more successful examples, the minimum wage will become less of a focus. 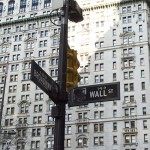 February 25, 2015 What does the Wall Street Journal know about the meaning of work?
Recent Comments
0 | Leave a Comment
Browse Our Archives
Related posts from Theology of Work Project