The Influence of Business Leaders’ Faithfulness (Lessons from Ruth)

Have you ever met someone who is just plain old good? They always do the right thing, even when it’s unpopular or hard. They are kind to everyone, even when no one is watching. They live with a healthy fear of the Lord, always wanting to please him. I have known some good men and women in positions of influence who are not only able to run successful businesses, but also affect others in significant ways by their faith, compassion, generosity, and goodness. They see beyond the profit margin and take advantage of their position and success to bless others. They see their work as a blessing from God and want to give back and be used by him for his purposes.

For example, I can’t help but think of a friend of mine who expanded his business, not because he necessarily wanted to, but to provide more jobs for the people in his community. He used to effectively run his business from his home utilizing a single support person, and now he has a new office building buzzing with employees. I was there the other day and couldn’t help but be proud of my friend.

Someone else I know takes a percentage of his company’s profits and runs it straight into the company’s “not for profit” arm to provide funding for ministries. There are ministries and agencies locally and in Haiti that are able to help and support hundreds of people because of this person’s generosity.

I can also remember Mrs. Levin. She owned a horse stable near my childhood home. She always allowed local kids, like myself, to come work at her stables, allowing us an opportunity to learn how to ride and work with animals. The opportunity Mrs. Levin afforded us was invaluable. The job not only kept us out of trouble, but taught us all about the value of good, hard work.

Then there was my father, who hired Fred. He was a war veteran who didn’t quite know how to enter back into civilian life and apply his skill set to a meaningful job. He had lost his sense of community and was depressed. I really don’t know what would have happened to him if my father didn’t give him a chance to work again – affording him purpose, dignity, and income. In return, Fred became one of my father’s most loyal and valuable employees.

Your Faithfulness Has an Impact

The people I mention are workers with character whose lives I want to emulate. They not only work hard, but they do the right thing while thinking of others. In studying the book of Ruth, you see such a person in Boaz.

He obeyed God’s laws. He treated those who worked on his estate with dignity no matter their position, gender, religion, or nationality. He ensured the productivity of his estate while also looking out for the interest of others.

Boaz’ character and faith affects those around him. In a time when many people were not following God’s laws, Boaz never wavered.

Obedience. For example, the law of gleaning (Leviticus 19:9-10) was put in place so that those less fortunate could harvest food from the outskirts of your fields. This law was a provision God put in place for the poor and vulnerable enabling them to have access to work and food. It would have been easy to skip this one. Who would notice? And, after years of famine, who would blame Boaz if he harvested the margins of his fields to make up for the lost income? But, Boaz didn’t rationalize. He obeyed. As a result, Ruth and Naomi were able to eat.

Respect and Humility. And what would have happened if Boaz didn’t treat all his workers with respect and dignity? It didn’t matter that Ruth was a foreigner, a woman, and destitute. Boaz still engaged in conversation, took notice of her work, and listened to her thoughts (Ruth 2:1-22). As a result, he got to know her and her predicament. His humility eventually led to a marriage relationship and incredible blessing.

We often don’t give much thought to the impact of our actions in the workplace, but what would the story of Ruth look like if Boaz wasn’t obedient and kind? We can’t ever know the full affect of our actions, but you can be sure that God will move in mighty ways when we obey him and respond to others in love. The blessing he will bestow on us and those in our path if we lead lives of faith, integrity, and love is profound.

So, the challenge is this: How can you follow Boaz’ example? How can you invest in God’s kingdom, in whatever sphere of influence you are in? How can you reflect the kindness, obedience and respect that Boaz did? Be like Boaz–and see what God will do through you.

Eileen Sommi is a freelance writer living in Knoxville, Tennessee with her husband and four kids. She wrote the TOW Project Book of Ruth Bible Study, which is based on the Theology of Work Bible Commentary chapter on Ruth.

Eileen also serves at Two Rivers Church where she is involved in worship and prayer ministry. She leads Bible studies and loves the opportunity to teach at faith based events and retreats. When not working, she can be found on a field watching her kids play soccer and lacrosse. She received her bachelors degree at Wheaton College, Ill. and her Masters in Higher Education from Buffalo State University, NY. 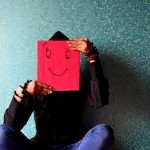 July 15, 2015 New Bible Study Resources for You and Your Small Group
Recent Comments
0 | Leave a Comment
"Hi Blake, Thanks for reading!"
TOW Project Editor Guarding Against Gossip at Work
"Thank you!"
Blake Guarding Against Gossip at Work
"Thanks for sharing, rachael!"
Christine Tan Is Administrative Professionals Day Demeaning?
"Every employee is an intricate part of the puzzle. Its nice to have this "holiday" ..."
rachael Is Administrative Professionals Day Demeaning?
Browse Our Archives
get the latest from
Best of Patheos
Sign up for our newsletter
POPULAR AT PATHEOS Faith and Work
1

What is "The Gospel" in 1...
(re)integrate
Related posts from Theology of Work Project

Faith and Work
How to Be a Rich Christian (Part 1:...
Theology of Work Project
TRENDING AT PATHEOS Faith and Work