How can a person rise above everyday life and become a servant of the unseen world? Vocation, vocation, vocation. The way of the priest is one of the three gates to the path of transformation.

Here in the West, we seem to have lost the thread of what it means to be a priest. We think of priests as servants of humanity, people who have given themselves to a greater good. But that good is in the eye of the beholder — and that beholder is not human.

Priests only indirectly serve society. In order to understand the true role of a priest, we must leave aside what everybody knows and delve into a deeper world.

A vocation (from vocare, to call) is how people begin their path as a priest.  Becoming a priest means seeking out, or being sought out by, the greater powers that we refer to as gods.

By forging relationships with deities, people become priests — servants and conduits of the gods’ power into the world. But that role does more than provide power; it also shapes the very spirit and soul of the priest.

These days people commonly refer to their mundane careers as their “vocations.” We even talk about “vocational training.” But while we might feel called to be accountants, lawyers, or welders, these are not callings in the same sense. Though our jobs shape our identities, they do not place us on the bridge between the everyday world and the realm of the gods.

Priests are people set apart. Not by their social role (as servants), but by their commitment to a power outside of the everyday social hierarchy (as servants of the gods).

Social and religious hierarchies get intermixed all the time. Because we intermingle political and religious power so often, we misunderstand what it means to be a priest.

That being said, priesthoods often do have specific social roles. From divining, to healing, to the gathering of knowledge, priests do more than worship the gods. They embody the gods and act on their behest.

Being a priest means more than just having a calling, and vocation is only the first step on the path. Becoming a priest, in the deepest sense, means placing your very existence in the hands of a greater power. It means accepting the good and the bad in order to become a part of something more.

Because of the heritage of religions around the world, we believe that priests are servants of people in particular and society in general. This is not true.

A priest is, first and foremost, a servant of the gods.(1) Because of the nature of priesthood, true mystical practitioners have more in common with one another than with other followers of their own religion.

Priests are people who have gone beyond vocation and built relationships with gods. We refer to that relationship, from the inside, as faith. Faith is not having the right beliefs; it is simply the ability to feel the connection to a god within yourself.

There are many ways we see the gods. The gods distinct individuals. All gods are one god. God is within us. God transcends the universe. The gods are fantasy. The gods are more real than we are. All we know for sure is that it’s complicated.

We can debate the nature of gods and the universe until we are blue in the face. But at the end of the day only an operational definition of gods can really capture human experience.

Experientially, the gods are powers of the universe who seek out and are sought out by humans for a certain type of hierarchical relationship. Beyond that, your mileage may vary.

For whatever reason, gods have an interest in the world in which we live. It is unclear whether they desire to take action, or are themselves the bow wave of the change that must happen.

Either way, the gods call some people to serve. Others times, people reach out to the gods to volunteer. And sometimes, priests do not forge these connections anew, but pass them down from one spiritual generation to the next.

Sometimes the call comes out of nowhere. These are the dramatic vocations of literature and hagiography. Culturally, these are the gold standard of vocations. Personally, I do not find them any more or less valid than the other types. It is not the nature of the call, but the quality of the relationship, that defines a priest.

Just as much as the gods might seek us, we can seek them as well. Seekers might go looking for a bond with a deity. It could be a specific god, a whole pantheon, or just a general call to see who shows up. This path forward has its own risks, and I can only recommend that anyone going down this path employ discernment, patience, and caution.

Lastly, some well-established priesthoods pass sacred connection down through ritual. The ritual initiation of priests, called ordination, always requires a period of training and testing in advance.

Priests seeking ordination must show proof of their own calling. With oaths, they bind themselves to their gods. This is a combination of the other two methods of initiation. Through training, priests learn how to act as if they were in connection with their gods. By aping those practices, they induce the connection into being.

There is no one right way to build faith — a sacred connection with a god or other power — though I would recommend humility and caution as dual watchwords. The world of the sacred will have real effects on your life. Not all of them will be things you enjoy.

In the long run, the deeper your faith, the more the gods will ask of you. Serving a greater power will not remove your humanity, fix your life, or make anything easier. It is more like having a non-paying job that demands your time and attention.

The first goal of a priest is to make the leap of faith. Beyond that, it is a life in service of something greater than ourselves. Faith, not thought and belief, is the root of priesthood. Above all, a priest embodies sacred connection.

(1) Just to be clear, it is possible to be a priest of a greater power that is not a personified god. The distinction between personified and non-personified forces may be a matter of perspective. 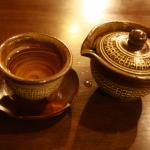 September 22, 2018 Seeking Silence, Seeking Power
Recent Comments
4 Comments | Leave a Comment
"That world is real, but never forget that it requires constant vigilance. Those redwoods were ..."
Falkenna Animism among the Redwoods
"Love spells, divination, reincarnation At reasonable feeContact Spellmh.weebly.com For more details"
Lily Dean A Deep Dive on Divination
"Bosh.As Morning Glory Zell once said to me, "If you can't do it with a ..."
Mark Green Making and Using Magical Tools
"Hi Melissa,Thank you for reading. Other aspects of my life have been demanding my attention ..."
Christopher One Thousand Days
Browse Our Archives
Related posts from The Other Side of the Hedge