I realize that this video is a couple of years old, but it still has value for conversation about the “emerging church.”

John Piper may or may not be right about the “emerging church” no longer being talked about ten years from now (at least in the form it took during the past decade). But the way he characterizes it, including the “shambles” of its leaders because of a low view of truth, is just flat out unfair. He mischaracterizes the movement as a whole.

By putting Truth over-against relationships, he has put two things in contrast that were both foundational to the early church. They devoted themselves to the apostle’s teaching AND fellowship/community. The list in Acts 2 is not a hierarchy but a description of the equally important aspects of being a Jesus follower. And for the record, the early Christians didn’t do systematic theology 🙂

I’m not passionate about the “label” by any stretch and I do wonder why so many emergent types seem to simply have embraced mainline liberalism, but I think that the best expressions of this movement/conversation have added Kingdom value to the church in the West.

Granted that, what do you think of the emerging church conversation? Will it be over in 10 years or will it evolve into something new? 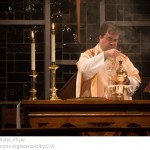 September 20, 2012 An email from the year 2105
Recent Comments
38 Comments | Leave a Comment
Browse Our Archives
Related posts from The Pangea Blog 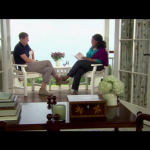 Progressive Christian
Rob Bell & Oprah talk about what they...
The Pangea Blog