A Hatred of Science Is Killing the Church: Why Young Adults Leave or Never Show Up

A Hatred of Science Is Killing the Church: Why Young Adults Leave or Never Show Up April 26, 2017 Kurt Willems 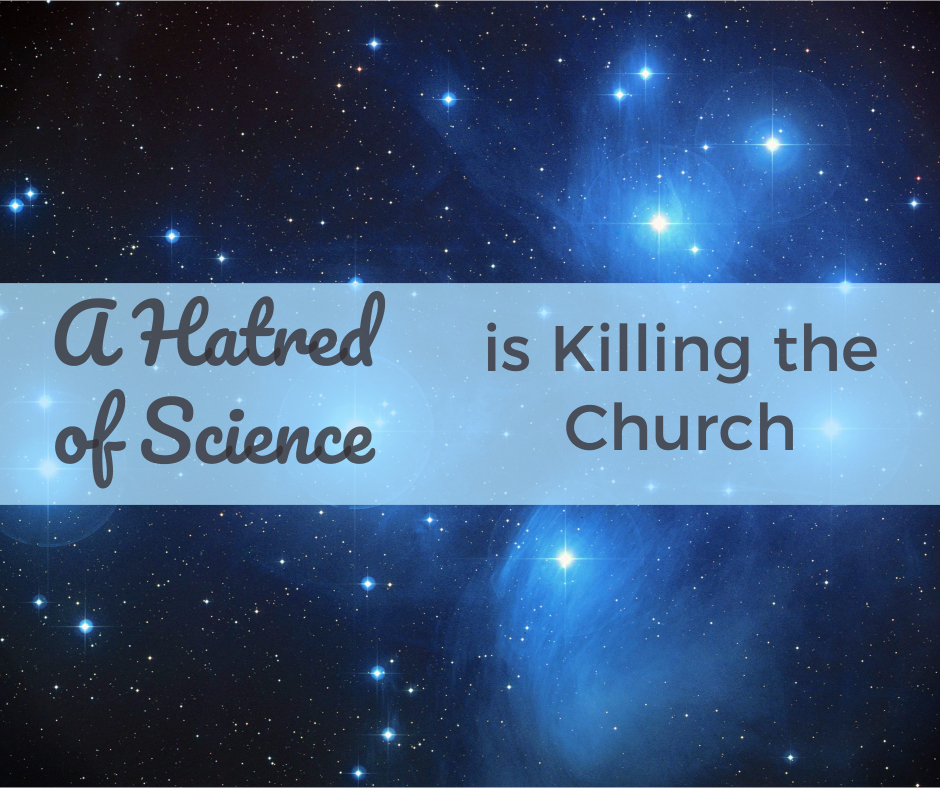 Both on The Paulcast: A Podcast All About the Apostle Paul and at Pangea Church (Seattle), I have been walking through series on science and scripture.

How I go about that now is quite different than I imagine my methods if I were 19. Back then, evolution was off the table. In fact, it wasn’t even something I gave any thought to until 2008 (mid-20s).

I was a creationist by default.

I had deconstructed (or at least beginning this process):

But creation versus evolution wasn’t on my radar.

And then, quite late to the party, I read Brian McLaren’s “A New Kind of Christian.” The book has a main character who teaches science in a public school. He is both a Christian and holds to biological evolution.

This blew my mind.

Yet, it was the first area of questioning my upbringing in the faith where I wondered: Am I unfaithful to God?

But over time, it became clear: the bible has little value if read as a science book.

I don’t hold to this view because I have lots of faith in science. My allegiance is in God and Christ.

But, Scripture doesn’t speak to this issue when we read it in light of historical evidence and its genres.

Evolution as biology and the Scriptures can walk hand-in-hand.

But, this is taking time to make its way into the mainstream culture of the North American church. This is especially true in my broad tribe of evangelicalism.

A study that Barna published a few years back states that young adults are leaving the church because of the perceived attitude of the church to science. Here’s what it says:

One of the reasons young adults feel disconnected from church or from faith is the tension they feel between Christianity and science. The most common of the perceptions in this arena is “Christians are too confident they know all the answers” (35%). Three out of ten young adults with a Christian background feel that “churches are out of step with the scientific world we live in” (29%). Another one-quarter embrace the perception that “Christianity is anti-science” (25%). And nearly the same proportion (23%) said they have “been turned off by the creation-versus-evolution debate.” Furthermore, the research shows that many science-minded young Christians are struggling to find ways of staying faithful to their beliefs and to their professional calling in science-related industries.

This posture toward science is and will continue to kill the future of the church.

This is bad news.

And I don’t want my daughter growing up and graduating from her faith when gets to college.

I don’t want to continue to set people up to have to choose between their brains and the back door of the church.

We need a better conversation. We need to listen to the best biblical scholars and Christian leaders. We need to read the crap out of the Biologos website.

We need to shut down this part of church culture. It is killing the church and de-converting young people.

The gospel is too important to defend creation science.

The message of Jesus is too life changing to spend any energy fighting biological evolution.

Killing the church isn’t worth fighting battles that we were never meant to win. 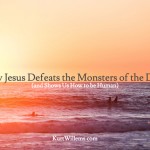 April 6, 2017
How Jesus Defeats the Monsters of the Deep (and Shows Us How to be Human)
Next Post

May 4, 2017 The Word "Create" Means "Arrange" - Genesis 1 & Science
Recent Comments
76 Comments | Leave a Comment
"I am a seminary student and I do not see concrete proof in a Rapture. ..."
Charles Owen Why the Rapture isn’t Biblical… And ..."
"Good luck on trying to politely tell those who favor Patriarchy or complementarianism that you ..."
esbee Mutuality in the Church for the ..."
"yup, have you ever heard a Hungarian pronounce Gyorgi? George is WAY easier. I've never ..."
RMS Name Change Myth: Saul Never Became ..."
"The usual strawmen and abysmal research from someone with an axe to grind...and still manages ..."
Sojourning Whyman Why the Rapture isn’t Biblical… And ..."
Browse Our Archives
get the latest from
Progressive Christian
Sign up for our newsletter
POPULAR AT PATHEOS Progressive Christian
1