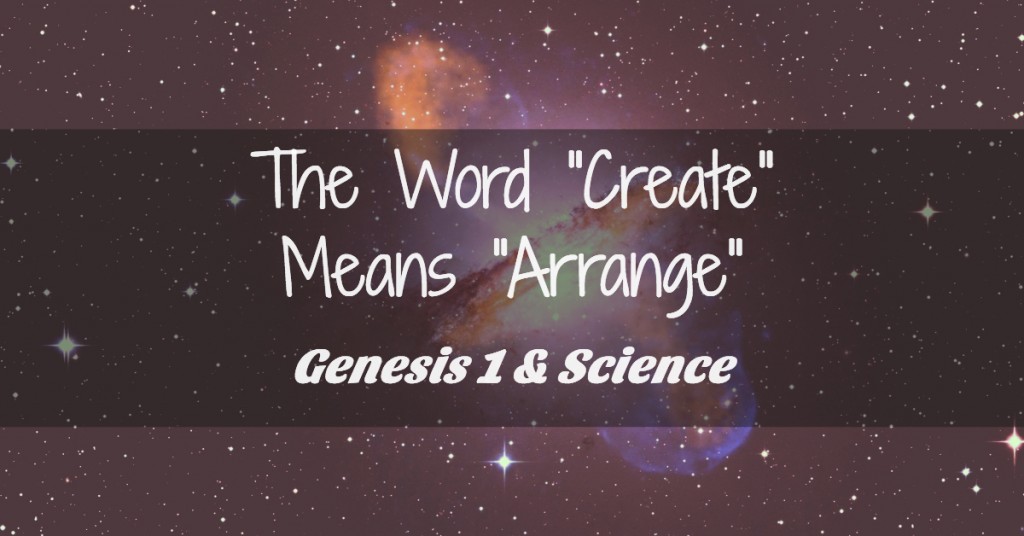 Last week I wrote about the problem the church is perpetuating: we create atheists by dealing with the question of evolution poorly. Young adults continue to leave over the perceived posture of broader church culture toward science (this exists in every tradition to a point, but certainly in my home tradition of evangelicalism).

One of the biggest challenges when we come to a topic like creation and evolution is that the rules of the conversation have already been set.

Evolution is the same as atheism.

Atheism is the denial of God.

God is the creator.

Thus you can’t be a Christian and believe evolution is true.

If you claim evolution is true and claim to believe in God, you are lying to yourself and are subconsciously an atheist.

It is a compromise.

It doesn’t take seriously the inspired Word of God.

The Bible says God did it in 7 days, so that’s all I need.

Don’t you read your Bible? Evolution is false.

And so… the culture war persists.

Interesting, very few people have stopped long enough to really ask a question about the Bible: What does the word “create” even mean?

Of course, that may seem like a silly question, but it is actually loaded with importance for how we engage in this conversation.

In our culture, we use the word ‘create’ and think: out of nothing. Historically, this has been the default understanding of this word.

However, we also use it metaphorically at times. One might say: I created this piece of art.

Yes. I started with paint brushes and a canvass, and with the materials available to me, I created what you see before you.

But do you see the important difference???? The way we Westerners tend to think of “create” is—there was nothing, but now there’s something.

Yet that isn’t what happened with this painting at all!

There were some things. And from those things, something was made. There were materials that were arranged just right. Having been ordered in such a way we can say: “Ah, it is art.”

Or think of Legos. My daughter has Doc McStuffins legos. I’m terrible at putting them together. But she, on the other hand (when Mom helps) can arrange them quite well.

But before those legos were a Pet Hospital, they were a pile of Legos.
When the Legos went from pile to an intentional arrangement: they became something much more than a pile. They were arranged and have thus created something.

Or, to use one last example, think of a new building going in down the street. In Seattle, there is construction at every corner.

A building project starts out with a foundation, then eventually has walls, and so on and so forth. At some point, let’s imagine that a sign is put in front of the building that says, “Future Home of Whole Foods.” Yay! A grocery store within walking distance: everyone’s dream.

Question: Is it a grocery store at this point? Nope! Not at all.

If we think about it, the building project only becomes a grocery store when it has all of its raw materials arranged in such a way that it is recognizable a store. Not only so, but it really isn’t a store until the day a customer can walk in, push a cart, select food items, and pay at a register.

That building is finally functional as a store. It is all predicated on the ability of people to walk in and shop. Until that moment of grand opening, all we have is something that has the potential to create into a grocery store.

These examples illustrate something about Genesis 1.

Create in that chapter, and throughout the entire Hebrew Bible, is not about “out of nothing.”

This isn’t to say that God didn’t also create in this way, but that our questions are different than those the ancient people of God were asking about life in the world.

John Walton, the Wheaton professor, breaks out two helpful categories in his book The Lost World of Genesis 1. He notes that we think in categories of “material ontology” but that when the ancients thought of the nature of reality, they had a “functional ontology” in view.

Material Ontology – “the belief that something exists by virtue of its physical properties and its ability to be experienced by the senses.”

Functional Ontology – “the ancient world believed that something existed… by virtue of its having function in an ordered system” (John Walton).

God certainly is the one who is the source of the raw materials of creation (I’m thinking here of the results of the ‘big bang’ or whatever). But that is decisively not what Genesis 1 is asking or expecting. It has a “functional ontology” in mind.

In other words, why does Genesis 1.31 call the world “very good?” Because a world is finally THE world as God wanted when it is arranged with human image-bearers as its pinnacle.

Just like a grocery store is arranged for the experience of the shopper (ok, imperfect analogy, but you get the idea), the cosmos is where God longs for humans to thrive.

Genesis 1 is not asking–How did God create the world?–but rather–How does God want the world to be?.

God’s world, when God is in charge, is for the flourishing of humankind.

How God did and is doing that, is inconsequential.

In a functional worldview, the details of the story only serve to bring us to the real point: God creates and loves what is created.

Questions of material origins are far from the minds of ancient Hebrew people.

When we approach Genesis 1, these should be far from our minds as well. 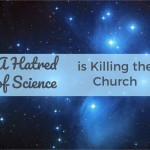 April 26, 2017
A Hatred of Science Is Killing the Church: Why Young Adults Leave or Never Show Up
Next Post 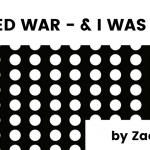 June 6, 2017 I Wanted War - and I Was Wrong (Zach Hoag)
Recent Comments
88 Comments | Leave a Comment
"i have broken one the biggest unwritten rules of American Evangelicalism by actually finding democrats ..."
Wesley 8 Signs That You Might Be ..."
"In Luke 21:36 Jesus said: "So keep watch at all times, and pray that you ..."
Tamara Bogner Why the Rapture isn’t Biblical… And ..."
"WRONG! Jesus was clearly speaking about the last days and latter times in which His ..."
Lethal Hazard Why "No One Knows the Day ..."
"The motivational speaker is homest because at least they know people have to so the ..."
Critically Think What’s the Difference Between Preaching and ..."
Browse Our Archives
Related posts from The Pangea Blog