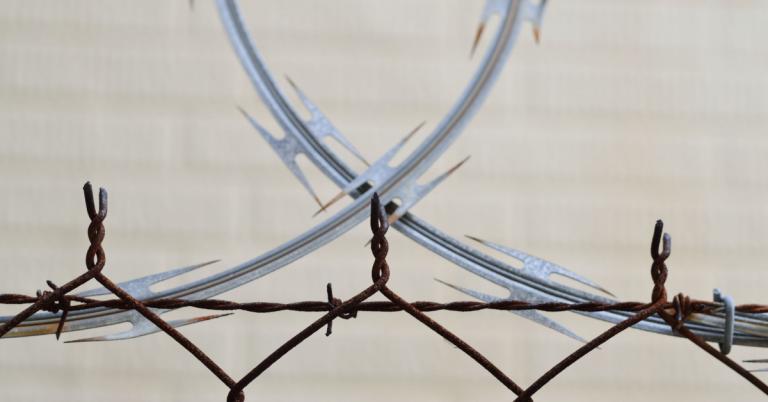 Kurt Note: I wrote this originally as an FB post. It got long. Here it is in its original form (so it is a tad raw):

Romans 13 cannot and must not be used to give government structures a blank ethical check. I have much to say, but lets start with this.

(((Apparently I forgot that I’ve already defended my thesis last week and decided to type a new one here. Except, I have yet to proofread it and it may not be more than some thoughts to propel important conversation. But, here goes nothing. Here are some random thoughts……..)))

The logic of Romans is rooted in a boastful group of gentiles who are viewing themselves over-against Jews in Rome. These gentile followers of Jesus had adopted attitudes of superiority that looked more like Caesar than Jesus. Paul’s rebuke of this boast is the occasion for the letter (with some other things) and the letter is directed to gentiles only. Sure Messianic Jews may have listened in on the letter as it was read aloud by Phoebe, but is was not directed to them… it was directed at arrogant gentiles who had taken on imperial characteristics in there ethical attitudes towards their Jewish sisters and brothers.

So Paul writes, with various rhetorical strategies and eventually gets to a chapter we call Romans 13, which was quoted today to defend unjust border practices toward immigrants: many who are seeking asylum. But… let’s think about this: Does Romans 13 really mean that people should be subject to governmental structures and therefore these structures are not up for challenge?

Well, who was in charge in Paul’s day? Nero. He was the worst. Like really. Terrible. And yet Paul writes this passage that sounds to us like the government and its laws are as sacred as the Torah itself. Nope. Not even close. Back to the boastful context of the letter.

Paul will follow his rebuke of the gentiles who have biases against Jewish neighbors, many who are (at the time) considered ‘less than’ and may have been dealt harshly for a time by the Roman government. (There’s a debate in scholarship about whether or not the Jewish community has recently been allowed to return to Rome after Claudius expelled them and Nero apparently granted them clemency to show his new imperial mercy as a new emperor.) Either way, the biased attitudes of superiority toward Jews is pretty clear from first century sources outside of the New Testament. So whatever the motivation may have been, gentile followers of Christ are treating the Jews (many who are probably followers of Jesus too!) as second class persons.

So, by the time we get to chapter 8 Paul discusses the need to walk in the Spirit of Christ (which is to walk in love) and to groan with this Spirit right where the world itself groans in pangs of slavery. He assures them, that a day is coming when the created order itself will be ‘liberated from its bondage to decay’ and that in the meanwhile, they can live as ‘more than conquerors’ (yep, more than those soldiers with their fancy chariots and swords) because not even the invisible forces that empower this evil empire can separate them from the love of Christ.

Then, a major shifts happens: chapters 9-11 get explicit about the gentile place in God’s plan. Arrogance against God’s original people is not only futile, but it is ignorant. Even if non-believing Jewish people in Paul’s day were under some sort of discipline from God, a day was coming in the eschatological future when “all Israel” will be saved (and yes, this is talking about Jewish people, not ‘the church’). Gentiles place in the salvific plan of God is soely because of Jesus’ faithfulness and they need to remember that they are the ‘wild branches’ that have been grafted into the covenant, thus the gospel concerns ‘the Jew first and then the gentile’ (as Paul reminds them in this letter a few times). Their pride should be checked!

Then comes Romans 12 which is almost never read as the appropriate preface to Romans 13 in modern USA contexts. Romans 12 is Paul’s vision for what these gentile Jesus followers in Rome ought to be like. They feed enemies rather than fight with them. They leave room for God’s wrath and never take vengeance by their own initiative. They settle matters the way Jesus would: with love, hospitality, and grace.

If the imperial attitudes of arrogance get out of control, what will happen? They will simultaneously compromise the nonviolent and grace-filled witness they are to have about the resurrected Jesus and will bring their boast-driven disputes out into the open where the authorities and rulers will be ready to do what they do in such scenarios: use the sword to keep order and keep evil at bay.

So when we get to Romans 13, we are reminded that Paul’s context for saying “Let every soul be subject to the authorities…” is the imperial attitudes of gentile arrogance that eventually places their lives under the imperial sword of wrath. By acting like the empire, by not settling disputes with love, by picking fights with their Jewish neighbors, what will happen?: Rome will have a reason to use the sword, which has been delegated to all governing structures by God, to push back against evil. Where does authority ultimately lie?: in God. In fact, Romans 13.1, it the Greek original, says that these structures have been put in their place ‘by God,’ and repeats the phrase ‘by God’ as if to make sure the point is clear: God is in charge, not Caesar.

And notice… this authority didn’t come as an endorsement of Roman policy or as an endorsement of Neronian antics; it was given to this nation (and all nations) by a God who holds the nations to account. Thus, as we see in Paul, it is the visible and invisible powers that will be judged on that final day when the creation is liberated from its bondage. The endorsement is not of the policy or practices of the ones who bear the governing sword, then, but it is a recommendation to the gentile Christians about how to settle disputes: always with love.

‘And don’t worry’ Paul might say ‘about the governmental authorities and rulers, they will have their day in God’s courtroom where they will finally realize that they aren’t as powerful as they thought. But rather, recognize that *your* conduct must be so above reproach that *they* will have no reason to use their sword against you.’ And if they do, they have gone beyond the reach of their God-given place.

So, does Paul endorse the Roman Empire as good: never. Does Paul think that in the overlap between the first and second appearing of Jesus that these sorts of structures are needed to keep the world in some sort of order: yes. Does this equate Roman laws with being godly and just: not in the least. Should gentile Jesus followers in Rome endorse the ways of the Romans: not even one bit. However, Paul would say that giving Rome a reason to come against you should never be rooted in arrogance (here, arrogance towards Jewish folks). Rather, if they come against you (which they eventually would after the fire that burned a large chunk of Rome down and was wrongly blamed on Jesus-followers) it should expose how evil they are, even as you demonstrate just how good Jesus is by loving neighbors and treating even enemies with kindness.

When it comes to governmental leaders in the USA quoting Romans 13, that is like Paul walking up to Nero and saying: ‘Please can you read this as an endorsement from our God?’ If you think about it, such a thing would be ludicrous. When Paul would later be executed under Nero for ‘breaking the law’ I highly doubt that Paul would have said: ‘Don’t worry dear friends, I’m getting what I deserve for not following my own advice in Romans 13. I broke the law and now I must pay.’ Rather, it was his Jesus-like conduct that showed just how evil Roman rule really was. Acting like Jesus exposes injustice of all sorts.

Just as Romans 13 addressed the ethics of gentile Jesus-followers who were tempted by pride in the 50s CE, it also addresses the high status of many of us Americans who are tempted to identify so much with the arrogance of our privilege, that we would rather uphold injustice in the name of ‘law.’

So, governmental leaders can read Romans 13 all they want to support their policies. But remember, that it was written there as a warning against allowing pride to lead to disputes and violence that would require the Roman sword to come down on them in because of their bad conduct. Paul says that it is a matter of “conscience” to not fall into such situations.

I fail to see how this gives modern day leaders a blank ethical check to disregard the immigrant family who is fleeing for their lives, only to be abused and separated from their loved ones at the border. An important reminder comes to us, also in Romans 13 (v. 10): “Love does no wrong to a neighbor; therefore, love is the fulfilling of the law.” 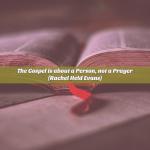 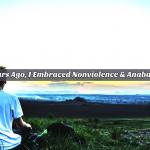 July 25, 2018 10 Years Ago, I Embraced Nonviolence & Anabaptism
Recent Comments
0 | Leave a Comment
"The motivational speaker is homest because at least they know people have to so the ..."
Critically Think What’s the Difference Between Preaching and ..."
"big fan of Boyd"
Owen W Recommended Resources: "Spiritual Warfare" Series by ..."
"Wait"
Julia 2 Reasons NOT to ‘Keep Christ ..."
"What"
Julia 2 Reasons NOT to ‘Keep Christ ..."
Browse Our Archives
Related posts from The Pangea Blog