What is the Kingdom of God? (with Frank Viola) 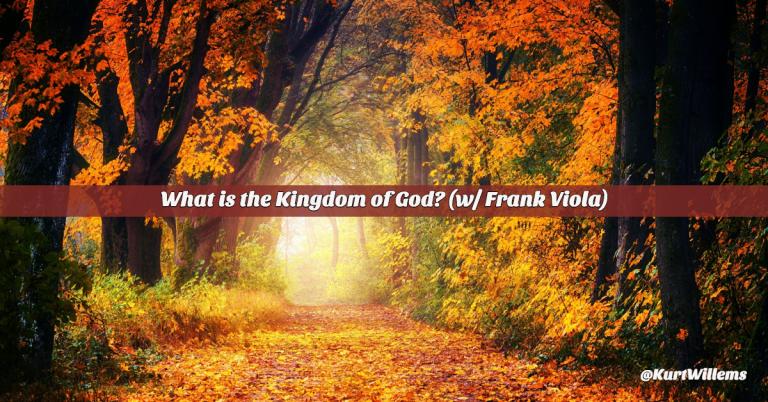 For some of you, summer is basically over. Perhaps you have kids back in school or are a student where school has already begun.

For others of us, like my family in Seattle, summer experientially lasts until the week after Labor Day. Then, as September rolls in, Fall basically begins as well.

As we move into September, I wonder what you are thinking about. What will bring focus to your routines? How does God play into the next season?

I want to suggest that perhaps a renewed focus on God’s Kingdom might be a way to renew our minds and move us into fresh routines and new possibilities this autumn.

For this reason, I asked my friend Frank Viola to share something with us about the Kingdom of God. He does a great job synthesizing important aspects of what it means to live as Kingdom people with Jesus.

<<<Before moving into today’s topic, I want to quickly mention that I was recently interviewed by the Regeneration Project podcast about how end times theology and the church intersect with mission. I hope you will check it out on your next commute. The Regeneration Project is doing some great work and I was honored to be on the show!>>>

What Is the Kingdom? (by Frank Viola)

There are basically three views of the kingdom of God among Christians today.

One view says that the kingdom equals heaven. According to this view, Christians are waiting to escape this dirty little planet called Earth to be in a better place. Advocates of this view believe this “better place” is the kingdom of God or “heaven.” All who believe in Jesus will enter the kingdom when they die.

Another view says that the kingdom equals God’s miraculous power to cast out demons, heal the sick, and raise the dead. Those who advocate this view talk a great deal about “doing the work of the kingdom,” which for them means displaying the supernatural power of God here and now on the planet.

Still another view says that the kingdom equals the alleviation of poverty and the implementation of social justice. Advocates of this view talk about “building the kingdom” or “doing kingdom work.” By those terms they mean striving for peace and justice in order to make the world a better place.

All of these views are held in tension with one another. And one can find various verses in the Bible to support each. But they all fall short of the scriptural understanding of the kingdom of God.

If we don’t count its repeated occurrences, the kingdom of God is uniquely mentioned eighty-five times in Matthew, Mark, and Luke and three times in John.

Taken together, I believe the best description of the kingdom is as follows:

The manifestation of God’s ruling presence.

To break that sentence down, the kingdom contains three key elements:

Alva McClain put it this way:

A general survey of the Biblical material indicates that the concept of a “kingdom” envisages a total situation containing at least three essential elements: first, a ruler with adequate authority and power; second, a realm of subjects to be ruled; and third, the actual exercise of the function of rulership.

Distinct But Not Separate

To separate the ekklesia from the kingdom is like separating light from visibility. It cannot be done. The kingdom and the ekklesia are distinct, but they are not separate.

For the kingdom of God is not a matter of eating and drinking, but of righteousness, peace and joy in the Holy Spirit. (Romans 14:17 NIV)

So again, Christ is the kingdom of God embodied. And He is embodied in the ekklesia—the people of the insurgence.

If one part [of the body] suffers, every part suffers with it; if one part is honored, every part rejoices with it. (1 Corinthians 12:26 NIV)

In other words, the ekklesia does all the things that Jesus did while He was on earth. And she does it in the name of Jesus Christ and by the power of His Spirit.

Herein lies the power of the insurgence.

What aspects of the Kingdom of God are especially meaningful to you? I hope this blog post inspires you to consider how the work of God in the world might impact your Fall. 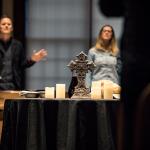 August 7, 2018
Sunday is Not the Main Event: A Practice-Based Christianity (Aaron Niequist)
Next Post 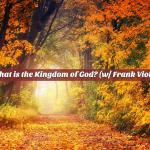