What happens to people who never hear about Jesus? (4 Views)

What happens to people who never hear about Jesus? (4 Views) April 26, 2018 Kurt Willems 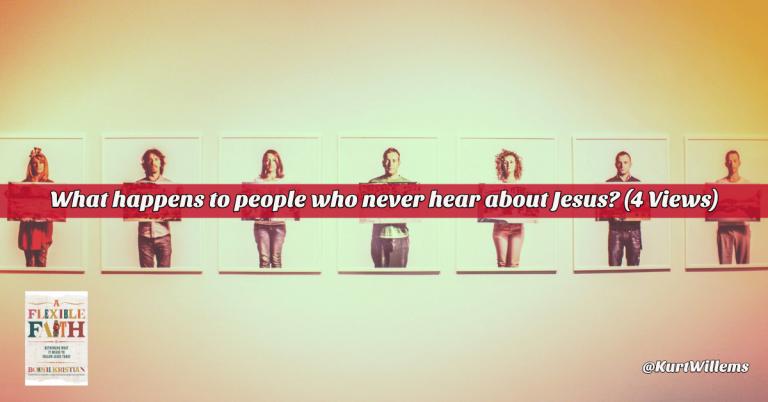 Before getting to a guest post, which is written by Bonnie Kristian (author of A Flexible Faith: Rethinking What it Means to Follow Jesus Today), let me take this time to thank all of you who have taken the step forward to support my work (The Pangea Blog, Theology Curator, Rapture Drill, The Paulcast) via Patreon. Contributing as little as $3 per month makes a huge difference. Currently we have about 45 people supporting this work. It would be amazing to get this number up to over 100, so I can cover all the costs associated with maintaining my online ministry and cover some of the time I invest into this labor of love.

Thanks for all who are already patrons!

Also, don’t forget about my brand new podcast Rapture Drill: Reframing Revelation, the End Times, and Our Weird Obsession with the Apocalypse. We are now 5 episodes in!

And, on The Paulcast (podcast) this week I interview Lucy Peppiatt about Paul’s language regarding the man being the head of the woman (1 Cor.). This is one of the most challenging passages in the New Testament but one that doesn’t push against women in leadership in the church and home. Check it out!

Now, let’s get to our question: What happens to the people who never hear about Jesus?

Bonnie Kristian is a writer who lives in the Twin Cities. She is a graduate of Bethel Seminary, weekend editor at The Week, and a fellow at Defense Priorities. Bonnie is the author of A Flexible Faith: Rethinking What It Means to Follow Jesus Today, from which portions of this article are adapted. Learn more and pre-order at bonniekristian.com/book.

The following is written by Bonnie Kristian:

What happens to them? Is it fair for God to treat people who have honestly never heard this stuff the same way he treats people who knowingly reject him? Is ignorance as bad as an intentional embrace of evil? Christians have historically answered these questions three ways, positing theories that are today called exclusivism, inclusivism, and postmortem evangelism. I’ll also cover a fourth theory called universalism, which has sometimes—but not universally, if you’ll pardon a bad pun—been labeled heresy.

Exclusivism gets its name from the fact that it depicts salvation as an exclusive thing, only available to people who explicitly avail themselves of the offer of reconciliation Jesus extends. It’s not enough, exclusivists say, for someone ignorant of Jesus to respond in faith to what God reveals of himself in the beauty of nature or to the Holy Spirit’s speaking to their own hearts. Only those who are told the gospel message and consciously accept it can be saved.

This perspective is supported by Bible passages like John 14:6, which underscore Jesus’ role as the only way to God. “I am the way and the truth and the life,” Jesus says. “No one comes to the Father except through me.” The conclusion for exclusivists is that the unknown billions upon billions of people who never hear about Jesus are utterly without hope. They cannot be saved and must be damned after death.

Inclusivism begins by recognizing the injustice of damning billions because of circumstances outside of their control but remains committed to Jesus as the one route to salvation. As C.S. Lewis expressed it, “the real God, of His infinite courtesy, readdresses the letters [to false gods] to Himself and they are dealt with like the rest of the mail.”

The central thing to understand about inclusivism is that it isn’t saying anyone can be saved without Jesus, just that some people are saved without hearing about Jesus. Inclusivism relies on Scripture passages like Paul’s sermon in Athens, Greece, recorded in Acts 17, where God is described as revealing himself to everyone in all times and all places, drawing any who will listen into loving relationship with him. That relationship is possible because of the saving work of Christ, but God doesn’t require us to know all the details of what Jesus did to be saved. Evangelism remains vital in this view, because it will always be more difficult to respond to God without hearing the gospel message.

The way postmortem evangelism works is right there in the title: After death or perhaps at the moment of death (that’s the postmortem part), those who never hear about Jesus while alive will be given an opportunity to understand the work of Christ (there’s the evangelism) and be saved.

Postmortem evangelism rests on two primary arguments. First, the Bible says again and again that God wants everyone to be saved, and he may not make our physical death the cutoff for that to happen. Jesus’ resurrection is described as a defeat of death itself—a victory over the grave—so if God wants salvation to still be possible when we die, he could certainly do that.

The second argument is more an interaction with a smattering of strange verses in the New Testament that are difficult for the other perspectives to explain. The most important passage is in 1 Peter 3–4, which says that Jesus, after dying, “went and made proclamation to the imprisoned spirits” (3:19) and “the gospel was preached even to those who are now dead” (4:6). Many Christians, particularly in the early church, have understood these passages to literally mean that in between his death and resurrection, Jesus preached in hell. Some unknown number of souls embraced his message and followed him out, and God can now offer the same opportunity to those who die having never heard of Christ.

A fourth way to answer what happens to people who never hear about Jesus is universalism: Eventually, everyone will be saved. To be clear, Christian universalism is not the same as pluralism, which denies that Christianity has any special grasp on truth or that Jesus is the only way to be right with God. A Christian universalist believes salvation is found only in Christ, but that eventually (perhaps after some period of punishment) salvation will be applied to every human who has ever lived.

Even with that distinction, universalism remains controversial. Whether this should be considered an option in orthodox Christianity is the subject of centuries of disagreement, and I have no illusions I can settle that question here. Instead, I’ll simply say that Christian universalism is often unfairly caricatured, and as a serious theological perspective it is more diverse and grounded in the Bible than many realize. It’s not a get-out-of-jail-free pass for Hitler. A thoughtful universalist can’t ignore what Scripture has to say about God’s justice and judgment on evil.

If you want to learn more about the destiny of the unevangelized, this reading list will help you get started. I’ll especially highlight Greg Boyd and Paul Eddy’s Across the Spectrum, which competently explains every perspective covered here except universalism. Gregory MacDonald’s The Evangelical Universalist is a compelling read that demolishes strawman versions of Christian universalism, while Four Views on Salvation in a Pluralistic World moves beyond the options mentioned in this chapter to include a sort of hopeful agnosticism about the fate of those who never hear about Christ. 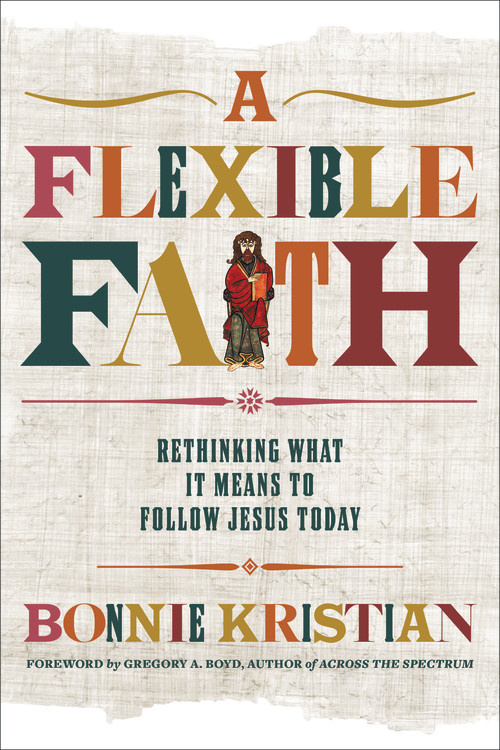 This article is adapted from the book, A Flexible Faith: Rethinking What It Means to Follow Jesus Today, by Bonnie Kristian. Copyright (c) Bonnie Kristian by Faithwords. Reprinted with permission of Hachette Book Group, New York, NY. All rights reserved.

Kurt, here. I hope this was helpful today! I highly recommend checking out Bonnie’s book, A Flexible Faith, which deals with numerous theological questions ranging from violence to hell to miracles to baptism to the end times. It will be released May 15th! 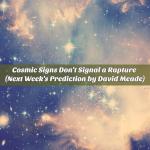 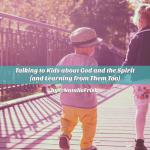 May 10, 2018 Talking to Kids about God & the Spirit (and Learning from Them Too)
Recent Comments
55 Comments | Leave a Comment
"I agree with this article, to me anything man made is pagan worship and idolatry ..."
Susan Koesters Just Jesus & Unjust July 4th: ..."
"Message needs to be heard everyday! Going thru some older emails.lol"
Douglas McCall Jesus’ Radical Kingdom Reformation within Judaism ..."
"I am a seminary student and I do not see concrete proof in a Rapture. ..."
Sagacious0ne Why the Rapture isn’t Biblical… And ..."
"Good luck on trying to politely tell those who favor Patriarchy or complementarianism that you ..."
esbee Mutuality in the Church for the ..."
Browse Our Archives
get the latest from
Progressive Christian
Sign up for our newsletter
POPULAR AT PATHEOS Progressive Christian
1