The Peripatetic Preacher Is There History in the Bible?

The short answer to the title of this essay is, “Yes, of course.” If history is defined as a reliable collection of factual events, presented in recognizable order, and provable by multiple sources that can be accepted as equally reliable, then there is in the Hebrew Bible history. However, with regard to the Hebrew Bible’s most significant claims to history, the answer to the question is far more problematic and complex. Concerning the origins of the nation of Israel, from the stories of the patriarchs and matriarchs, the sojourn in Egypt, the exodus, the foundations of the state by Saul, David, and Solomon, the “history” is the subject of nothing less than raging debate, especially in the modern state of Israel itself.

Those of us US Americans who are readers of the Bible would perhaps be astonished to read Israeli reports over the past four decades of the archaeological wars that have been and are being fought in the halls of the many archaeological schools that dot the small state of Israel, most especially the struggles between schools in Tel Aviv, the so-called secular capital of Israel, and the prominent schools in Jerusalem, the recognized actual capital of the nation. And it must also be said that these wars— and they have often become loud, obnoxious, and vindictive, as only academics can be with one another— regularly bleed over into modern politics. This is especially so in modern East Jerusalem, where long-standing Palestinian residents have been removed through various legal and extra-legal means in order to facilitate serious archaeological work that attempts, in part, to demonstrate the historicity of various biblical events. In fact, tourists may now observe from raised platforms archaeologists at work at several sites in the area, sites that are said to offer proof of biblical history as it has traditionally been presented. These excavations are funded by private wealthy people with clear interests in the Bible as God’s holy word, and are supported by the government that  has special interest in the demonstration of the antiquity of Israel on the land, offering ancient, historical support for the modern state’s rights to occupy the land as its “first” occupants.

Israel Finklestein, a professor at the University of Tel Aviv, has for decades argued, as a recognized and honored archaeologist, that the supposed vast state of David and Solomon never in fact existed as it has been portrayed for the two centuries of critical biblical scholarship. Beginning with the work of W.F Albright in the early part of the 20th century, who was raised in a deeply religious, missionary Iowa home that revered the Bible, American scholars in particular went to Israel, armed both with trowel and Bible, looking to find evidence of the Bible’s historical accuracy. Albright was succeeded by his student, Nelson Glueck, who continued Albright’s work at Megiddo, discovering there what he was convinced were significant walled constructions that he assigned to the work of Solomon in the 10th century BCE. Other Albright students, John Bright and G. Ernest Wright, became the foremost American Bible scholars, influencing generations of students at Harvard and Union in New York. Both of them, along with their mentor Albright who spent the bulk of his career at Johns Hopkins University, were heavily interested in “the Bible as history,” employing their archaeological and linguistic expertise to attempt to demonstrate that the Bible in fact did record much history, beginning with Albright’s conviction that Abraham was in reality a “donkey caravaneer,” living sometime in the 19th century BCE, and trekking along with numerous others the trade routes from ancient Mesopotamia to what became the land of Israel. 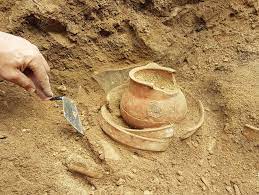 And the other great events of the Bible, sojourn in Egypt, exodus, wilderness wandering, entry into and subjugation of the land, and the rise of the monarchy, these scholars imagined could be rooted in actual historical events. In today’s scholarship, each of those beliefs has been seriously questioned. There is exactly no evidence whatever that anything like “Israel” even spent time in Egypt as slaves or as anything else. It is true that Egyptian records refer to peoples with Semitic names living for periods in the black land, but no records exist at all of Israel in Egypt. The first mention of a group called “Israel” appears in the records of pharaoh Merneptha of the late 13th century BCE, who mentions some peoples called habiru, whom he attacked and defeated during a raid into the lands east of Egypt. There is no historical evidence of an exodus of a vast number of slaves, and no evidence of a lengthy wilderness wandering.

Also, the entry of this large group into what became Israel, crossing the Jordan River from the east, and then taking over the land in a series of lightening military strikes both north and south, possesses no archaeological evidence whatever, despite years of biblical scholars attempting to offer such proof. It was long thought that real history in the area does not begin until the rise of the monarchy, late in the 11th century BCE with the kingship of Saul, followed by the reigns of David and Solomon that encompassed nearly all of the 10th century, from David’s conquest of the Jebusite city of Jerusalem in 1000 BCE, down to the death of Solomon in 922BCE, that led to the dissolution of the united kingdom into Israel in the north and Judah in the south. That is the history I learned during my own graduate work in the early 1970’s, and a history I have repeated to thousands of students and parishioners during my career as teacher and preacher.

Finklestein has called the monarchical part of that history into the most serious question. Of course, he has serious critics of his own, most especially Bill Dever, surely now the dean of American archaeologists, who while quite “liberal” on many issues of the history of Israel, has engaged Finklestein in vigorous and occasionally corrosive debate over the question of the early monarchy. I am not qualified academically to adjudicate the finer points of this debate, but I can say that the easy agreements over issues surrounding the early history of history are long gone, and the struggle for the truth continues with energy and no little rancor.

Well, so what? Why might this debate, which can often appear so arcane, be significant for those of us who care about the Bible? The answer is this: if history is not the question, or perhaps better, if history is so contentious and unsettled, then might it be that history is not the issue that should energize my use of the Bible as a source of my faith and life? I suggest that the early stories of Israel are just that, imaginative tales that nurtured the life of an ancient people, and that may serve the same purpose for us now. Frankly, I do not care whether or not David was a magnificent king of 10th century Israel (the usual view), or a small time village chieftain of the 9th century, plundering the locals and controlling the trade routes between the hill country and the coastal plain (Finkelstein’s view). It is the stories themselves contained in 1 and 2 Samuel that are crucial and that I can read and savor, regardless of what history may be recovered in them.

And I would extend this insight into the New Testament. There is precious little historical evidence of the life and work of Jesus of Nazareth outside of the gospels and the paltry bits in the letters of Paul, yet the stories of his life and work that I read are for me the very impetus for my life as a hopeful follower of the man. In short, I desire no sort of faith that rests on a falsifiable historical record. Even if some unassailable document was uncovered today that reported Jesus lived a long life with an adoring wife and many children, that would have exactly no effect on my faith as a Christian whatever. I enjoy history, and I find it an important discipline, but my life is not based on history but on the stories that I have encountered in my own life and the greatest stories I have read that I find in my Bible. In them, I find the power and the hope that I need in my own life and in the life of the world. 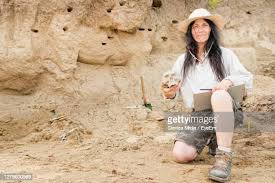 July 17, 2021
The Peripatetic Preacher. Get the Shots Already!
Next Post