Oh God, What to call it?

My favorite name for Divinity is “The Thing Itself.” The phrase reminds me that I don’t know exactly what it is, other than that it is a great and wonderful mystery I attempt to point to with words such as wisdom, love, power, energy, omnipresence, beauty, allness, creative intelligence, or mind, among other terms. Or, for short, God, which I refer to with the gender neutral pronoun, It.

Projecting Human Character On To It

When exploring how It works in creation and what It does, the phrase “The Thing Itself” is helpful in that it interrupts the tendency to project human characteristics (such as jealousy and vengeance) and behaviors (such as judgment and retribution) onto how Divinity works. The question, how does God (in a human-like form) work in the world, to me is different to the question, how does God (as beauty, allness or oneness, etc.) work in the world.

For this reason, I tend less and less to use the term God, because it is so inextricably interlinked with ideas of human-like behavior, regional loyalties, wants and needs. The word God is also irretrievably gender-specific and regardless of how my concept of It evolves, the male association in contemporary language and culture stays firmly in place. My short hand term for The Thing Itself is more and more frequently Divinity, or Spirit. Or simply, It.

There is No Good, Sane or Reasonable Reason It Would Do That

My relationship to It today is far warmer and more mature than it ever could be with the fear-provoking image of God I learned in childhood. Instead, today, as omnipresence, It has no wants and desires, requires nothing and makes no demands. It doesn’t need to. It has everything, or more accurately, It is everything. It cannot be cajoled or convinced, pleased, influenced or offended. As love, It doesn’t create a creation that must be tested. As wisdom, It wouldn’t create a creation that is divided between polar opposite energies and there is no good, sane or reasonable reason why it would set It’s own creation at war with itself to determine allegiance.

The phrase “The Thing Itself is everything and is everywhere,” is a more powerful motivation to ethical behavior than the threat of displeasing the man-god of my youth ever was. When I take time to think about Divinity as everywhere present, doing so is the most awe inspiring practice I know and one that motivates me to examine my intentions, thoughts, words, and behavior. In my youth I had an illogical sense of god watching my behavior, but being safely separated in my thoughts from his scrutiny. Now I don’t want to be safely separated in my thought from It, I enjoy and embrace that I exist within the allness of Divinity and relish exploring how knowing that can impact the way I serve my fellow beings.

The Thing It Self Is In You

There is something in you and in me and in every being, something which is in its original state, something which is untouched by the passing changes of the appearing world. That something is The Thing Itself and I see how when I become conscious of It in me it appears to have a more unrestricted flow into my world than when my focus is on other matters.

You might also enjoy reading  Defining God is not Easy

Dr. Edward, author of The Power of Meditation,  graduated as a Sonoma County Law Enforcement Chaplain in April 1999, received a Doctorate of Divinity from Centers for Spiritual Living and was awarded the much-respected Ernest Holmes Award for exemplary demonstration of the teachings of Dr. Ernest Holmes.  Among his passions as a minister is helping other ministers and has served the Ongoing Ministers Education Conference for 10 years. Other passions include music, cats, essential oils, science fiction and leading people on tours to places in the world to experience new cultures and new ways of understanding the Divine.

July 2, 2014 Are you “too” independent?
Recent Comments
0 | Leave a Comment
""
Skorzeur The Small Stuff
""
Alectai Stop Trying To Be Yourself
""
Sottler What’s Your Daily Practice?
""
SoggyBiscuit Why Rituals Are Important
Browse Our Archives
Related posts from The Principles of Spiritual Living

New Visions
Say WHAT?!?
The Principles of Spiritual Living 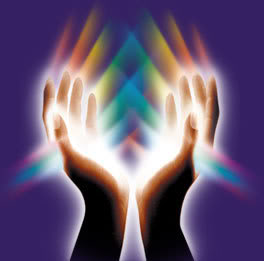 New Visions
What Is the "God Within?"
The Principles of Spiritual Living 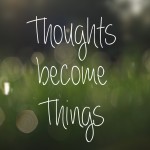