The Problem With Bible Readings in U.S. Public Schools

In 1956, a student in a public high school near Philadelphia protested his school’s daily Bible readings and prayer. He thumbed through a borrowed Quran instead of attending to verses from the King James Bible. And then he remained seated, and silent, while the rest of the class recited the Lord’s Prayer.  The rest is history.

About the Bible Readings

In 1956, Pennsylvania law required that at least ten verses from the Bible must be read at the opening of each public school day. The law said that the Bible could be any version, including Catholic, or the Jewish version of the Old Testament. However, in practice, many Pennsylvania schools only used the King James Bible, which is Protestant. In most schools teachers had their students rise and recite the verses reverently in unison.  Teachers could be fired for refusing to participate, and students who did not join in were segregated from the class.

And then there was the Abington School District, near Philadelphia. In Abington High School, students in a broadcasting class read the verses over the school intercom as students listened. Students were then required to stand and recite the Lord’s Prayer. They could be excused from the readings and prayer with a parent’s note, but they did so at the risk of social ostracism.

The Case of Abington v. Schempp

This case began when 16-year-old Ellery Schempp (spelled Ellory in court filings), a student at Abington High School, staged his protest of the classroom religious observances. Schempp’s teacher confronted the high school student and then sent him to the principal’s office for a scolding. Then he was sent to the guidance counselor to determine what was wrong with him.

That evening, Schempp’s father suggested he write to the ACLU to describe what happened and ask for help. Eventually, with the assistance of the ACLU, parents Edward and Sidney Schempp sued the school district on behalf of their children, Ellery, Roger, and Donna, asking that the Bible readings and prayers be stopped. Note that by the time the case reached the Supreme Court, Ellery was a student at Tufts University and was no longer affected by the Pennsylvania Bible reading law, so he was dropped from the case.

As the case made its way through the court system, the children testified that their school was promoting specific religious beliefs that were contrary to what they’d been taught at home and in their parents’ Unitarian church in Philadelphia. The father, Edward, further testified that he considered asking that his children be excused from the religious activities but feared their relationships with teachers and classmates would be affected.

The Case of Murray v. Curlett

At about the same time, a single mother in Baltimore also objected to compulsory Bible readings and prayers in her son’s class. She was told that students could be excused with a parent’s note. But the mother, Madalyn Murray (later Madalyn Murray O’Hair), came to believe the school was discriminating against her son because he was being raised an atheist. In 1960 she filed suit against John N. Curlett, the president of the Board of School Commissioners of Baltimore City, to end religious observances conducted by public schools.

Murray v. Curlett was folded into the Schempp case when it reached the Supreme Court , so that the decision in Abington v. Schempp applied to Murray v. Curlett also. And the Court decided that the Bible readings and recitations of the Lord’s prayer were unconstitutional.

The majority opinion of the U.S. Supreme Court was written by Justice Thomas Clark. Justice Clark’s opinion expanded on the Engel v. Vitale opinion written by Justice Hugo Black the previous year. (This was discussed in the previous post.) As in Engel, the Abington case rests on the first words in the First Amendment of the Constitution: “Congress shall make no law respecting an establishment of religion, or prohibiting the free exercise thereof.” Justice Clark emphasized that the “establishment” clause and “free exercise” clause support each other.

The Bible readings and prayer amount amounted to a religious observance, Justice Clark wrote, and government simply may not hold religious observances. The ideal of religious freedom requires that the government be absolutely neutral regarding religion, treating all religious traditions and sects equally. Quoting another judge, “The government is neutral, and, while protecting all, it prefers none, and it disparages none.” Justice Clark wrote that religious sects must not be allowed to use government to promote their tenets or enforce their religious practices. When government and religion are fused, this interferes with the right of each citizen to freely choose his own course in regard to religion.

Here is the test Justice Clark proposed to determine what is permissible and what isn’t:

The test may be stated as follows: what are the purpose and the primary effect of the enactment? If either is the advancement or inhibition of religion, then the enactment exceeds the scope of legislative power as circumscribed by the Constitution. That is to say that, to withstand the strictures of the Establishment Clause, there must be a secular legislative purpose and a primary effect that neither advances nor inhibits religion.

Bibles Were Not Banned From Public School

Probably mindful of the firestorm that was still raging over the previous year’s school prayer decision, Justice Clark offered an olive branch — “It certainly may be said that the Bible is worthy of study for its literary and historic qualities. Nothing we have said here indicates that such study of the Bible or of religion, when presented objectively as part of a secular program of education, may not be effected consistently with the First Amendment.”

Today there are many sets of guidelines for teaching the Bible as literature without stepping on students’ First Amendment rights, and many U.S. public schools do have Bible-as-literature classes. How well teachers in the classroom actually follow the guidelines and avoid mixing in religious teaching, I do not know.  And I would also complain that a great many scriptures of the world’s religions other than the Bible are also examples of great literature, yet I doubt these other scriptures are being taught much in U.S. public schools. But let’s go on.

In short, the Supreme Court did not ban Bibles from public schools. Public school libraries may keep Bibles on the shelves. Public school students may bring Bibles to school and read them during their free time. The text of the Bible may be taught as literature, in a religiously neutral way. What public schools may not do is engage in any kind of religious observances or worship.

After the Abington Decision

Compliance with the decision took a few years, as people around the country were defiant. To this day many conservative Christians, most of whom don’t really understand the decision, continue to organize and speak out against it.

After the decision the Schempps received mail smeared with excrement.  The two  younger Schempp children, still in public school, were teased and bullied. When Ellery Schempp graduated high school his principal wrote a letter of  “disrecommendation” to Tufts University, but Ellery Schempp was accepted at Tufts anyway. He went on to get a Ph.D. in physics from Brown University and enjoyed a career in both research and teaching. His research helped lead to the development of MRI technology. Today Schempp is retired and living in Boston.

Even though the 1963 decision focused mostly on the Schempp case, Madalyn Murray drew most of the public attention. Her atheism made her a convenient target for people who wanted to believe the decision was antagonistic to Christianity. To this day some people seem to believe that Madalyn Murray O’Hair was the driving force behind all of the Supreme Court’s decisions separating religion and government. Life Magazine called Murray O’Hair “The Most Hated Woman in America.” She spent the rest of her life as an activist for atheism, work that is carried on today by the American Atheists organization she founded. In 1995 Murray O’Hair, her son, and a granddaughter were kidnapped and murdered by three men after money. 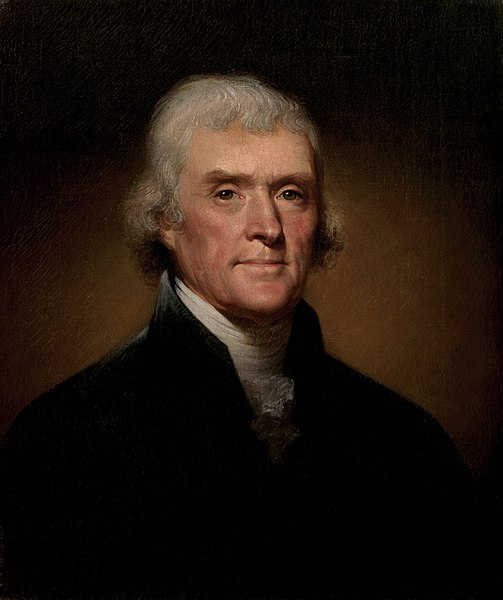 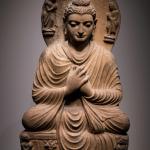