Meanderings from Mass: The Call for Vocations

I was at Sunday Mass a few weeks back.

Mass began today with the celebrant’s heartfelt lament for the current shortage of priestly vocations as he introduced the parish’s “Prayer for an Increase in Vocations” before the opening procession. He explained that this year, eight priests will be retiring in our diocese, but only one seminarian will be ordained to the priesthood. Along with his sadness, as always, was a hint of accusation, the suggestion that his congregation is not praying hard enough or recruiting vocations ardently enough amongst their grandsons and nephews.

As I stood and recited the prayer, I mulled this problem. Bear with me, because I’m about to alarm you.

Why isn’t ordaining women to the priesthood an admissible solution?

I know how taboo this question is, and yes, I’m asking it anyway. I’ve found that asking the taboo questions, exploring them, usually reveals important truths about myself, about society, about the universe and God and our place in all this mess.

And here is where I must provide some necessary caveats. Much to the chagrin and disappointment of my rebel feminist friends, I am deeply uncomfortable with the concept of female Catholic priests. Moreover, I do not, nor have I ever, felt a personal call to ordained priesthood, so I have no selfish motives for asking you to evaluate this quandary with me. In fact, my elder brother is a seminarian in a particularly traditional order. Aesthetically, I love the concept of male priests, and imagining female priests alarms me.

But at the same time, I keep trying to carve to the root of this issue, to the core of my own heart, and understand whether my alarm at this question is rooted in the misogynistic, radical-traditionalist indoctrination of my childhood, or whether it speaks to a larger theological, philosophical defense for restricting ordained priesthood to male members of the species. And if I’m honest, I would be very consoled to find a satisfactory reason to excuse two millennia of this decision within the Church. I would also like to find a way to justify my own discomfort. It’s proving troublesome.*

Are you alarmed yet? Good. Like I said, I am too, and misery loves company.

I’ve heard so many explanations, since my earliest memory, defending the solely masculine nature of the Catholic priesthood—many far more compelling than others. But the more I sift through them, the less logical even the most compelling seem to me, and the less they seem in keeping with the actual precedents set by God, by Christ, throughout Judeo-Christian History, Tradition, and Revelation.

You’ll tell me that Christ, who was Priest, Prophet, and King, is a man, and so the priests who stand in his place must also be male.

But aren’t we all proclaimed Priest, Prophet, and King at Baptism, male and female alike? Doesn’t even the Catechism of the Catholic Church tell us that each of us must explore this calling and employ our gifts in living it out?

And do we know he only washed the feet of the 12? I’m not a theologian, so if you know the answer, please do tell me. I’d love to know. But personally, I’d be shocked if Christ neglected the feet of his own mother, or Mary Magdalene, or Martha, who so earnestly served him. And I’ve heard convincing arguments which assert that these women, among others, were certainly present at the Passover meal of the Last Supper.

Mary and Mary were at the foot of the Cross, present to our Lord as he suffered the abandonment of God and man upon the Cross.

And Mary Magdalene was the first to see Christ after his resurrection. She proclaimed his rising to his cynical apostles.

Mary, Christ’s mother, the Virago, was present in the upper room on Pentecost, consoling the fearful hearts of the disciples and leading them in prayer when the Holy Spirit descended upon them, man and woman alike. Did the female disciples neglect to leave the room to go proclaim the Gospel in tongues? Did they stay hidden in the upper room, protected, praying for the men? I don’t know, but I suspect the former.

And after all, our beloved Catholic Church is itself female—it is the Bride of Christ. So why is there no place for living female flesh in its ordained leadership?

You’ll tell me that the Church holds, protects, and teaches the fullness of Truth in Divine Revelation, the “Body of Truth,” passed down through the centuries through Scripture and Sacred Tradition and protected by the infallible wisdom and power of the Holy Spirit. You’ll tell me that this Church has held, since the time of Christ, that women could not be priests; you’ll tell me this truth has been held and protected by the Church, guided by the Holy Spirit, and so female ordination simply can never be. Sorry, you’ll say. Women have other important rules within the Church, roles behind the scenes (but not the Altar) where they live out their equal-but-different feminine genius in hidden-but-so-very-important ways. /end discussion now

You see, I actually agree with you; 100% in fact. Yes, the Church holds the Truth. Yes, the Catholic Body of Truth is inspired, handed-down, and protected by the Holy Spirit through the Magisterium. We agree. Go Team!

I agree that the Church protects the truths of Dogma, doctrine, and teaching: One almighty God created our universe out of his infinite love; he is triune, a Trinity, three persons in one God; Christ is the Incarnation, fully God and fully Man; he was born unto his virgin mother, he preached and healed, he died for our sins, rose again, and now resides in Heaven, body and soul, with his father. I accept it.

I accept the moral teachings of this Church, as well—the Sermon on the Mount, the Beatitudes, the commandment to love God above all and each other as ourselves.

I simply don’t know that I agree anymore (as I once vehemently did) that the Trinity, in any point of Salvation History, truly and clearly revealed to us that the priesthood is solely masculine in nature.

See, as any theology prof will tell you, Sacred Tradition (note the Big “T”) is equal to Sacred Scripture as part of Divine Revelation. This is the Tradition that is part of that whole infallible Body of Truth, whole and eternal and unchanging. This includes dogmas, doctrines, the sacred teachings passed down from Christ and maintained by the Holy Spirit. But church tradition (mark the little “t,” please) has to do with elements of Church teaching and practice that depend on the time and the culture; these traditions can and do develop and change. Think the language of the Mass, Friday Fasts (which used to entail no meat on any Friday all year long, but now can be substituted with a different fast or devotion—except during Lent, of course), and female altar servers.

Why do we behave as though masculine-only priests is an element of Big “T” Tradition, when it seems much more likely to be a small “t” practice, liable to change with the development of culture and custom?

If there is a reason that this is held on par with the Incarnation, please tell me.

I’d like to understand. But I’ve heard defenses of this in the past, and I have to admit, they weren’t super convincing.

So, yes, the Priest stands in the place of Christ, and Christ, assuredly, was male. But I learned something fascinating from a Byzantine theologian during a talk he gave at Franciscan University my freshman year (I wish I could remember his name): In Byzantine Catholicism the priest is also said to become a new Mary, a new Theotokos—a God-bearer. If priests can become a new Mary—Mary, who carried Christ in her very female womb and birthed him, their blood and water mingling as one—how is it that women cannot become priests, especially when they have already been Baptized as Christ, as Priest, Prophet, and King?

*Please understand, I am not exploring the possibility that all women should be ordained to the Catholic Priesthood—but, conversely, neither should all men. (And just as we can argue that there are other rules for women within the Church, we have to recognize that there are many other roles within the Church for men, too.) Rather, I am currently unconvinced that God has not, cannot, or will not bestow a vocation, a calling, to the highest Sacrament—ordained priesthood—upon a woman. Especially when the most convincing argument I have against it is that this concept makes me uncomfortable. 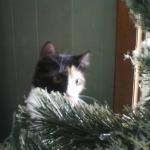 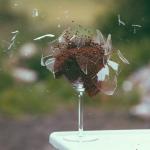 March 26, 2018 Gratitude for Brokenness
Recent Comments
3 Comments | Leave a Comment
Browse Our Archives
Related posts from The Shoeless Banshee: Meanderings Beyond the Pale 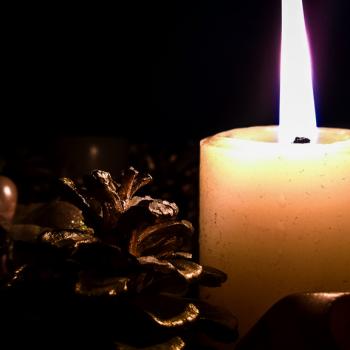 Catholic
Advent Far From Home
The Shoeless Banshee: Meanderings Beyond the Pale 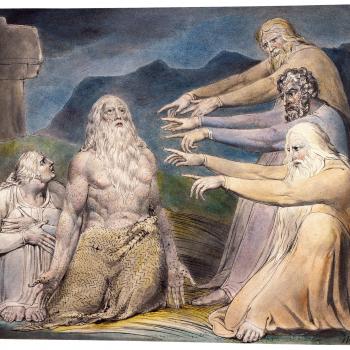 Catholic
Meanderings from Mass: The Honesty of Job
The Shoeless Banshee: Meanderings Beyond the Pale 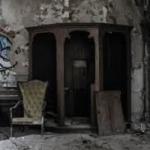 Catholic
Meanderings from Mass
The Shoeless Banshee: Meanderings Beyond the Pale 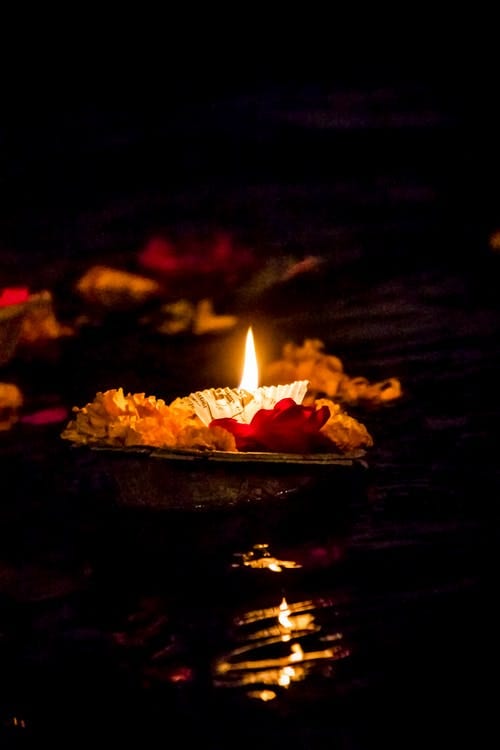