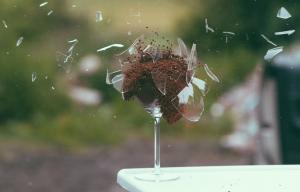 Life is weird these days.

Weird to realize that I’m healthier now than ever before, when I’ve become an open book about my depression, trauma, anxiety, PTSD. That I come from a domestic violence home. That I go to counseling weekly, that I take depression meds.

Weird that the first time I was asked whether I’d been abused I was 13, weeping in a confessional on a girls’ retreat with my favorite nuns. Weird that I sat there, sobbing, as the priest tried to console me and asked whether I had ever been abused. I knelt behind the wicker screen, so distraught and confused. No, I said. No, I haven’t. No. I don’t think so. No.

But it shook me.

I remember the awful clenching in my gut. I remember silently asking myself, why then do I have these feelings, why do I feel this way? I remember talking to this priest, comparing myself to a family I knew whose children had a “right” to feel the way I felt. Their mom, I told him, was actively abusive; their parents were divorced, and I’d drunk deep of my father’s Kool-Aid that stated divorce was a worst of all evils, tantamount to murder. It always leads to childhood trauma, he told us.

So, to my young teen brain, it made sense for those other kids to feel this way—scared, hateful, miserable, terrified—it made sense. But I couldn’t make sense of why I felt the same. I was so fully brainwashed in my father’s lies, which constantly dictated to me that I came from a perfect home, a perfectly healthy family. I had no excuse for my feelings, my hatred, my misery.

I now pity my confessor that afternoon. I remember the concern, the overwhelmed tinge in his middle-aged voice. He recommended I ask my parents about seeing a family therapist, and gave me the name of a woman at the diocese. I shrunk at that. No, therapy was for the people like those kids, people who had been abused. People who were insane. People who were hurt, who were scary, who were weird.

I asked my parents about the priest’s suggestion after the retreat, despite my fear and misgivings. I remember their response: the woman the priest had suggested was horrible brainwashed liberal. No, we wouldn’t go to her.

Those were my father’s words in my mother’s mouth.

Memories of My Conceit

I remember telling one of my best friends my senior year of high school that I’d been protected, safe-guarded by God for a special mission. My friend was into drugs and sex and tattoos. My other homeschool friends and I were to be his savior, you know. We loved him, called him on to be virtuous like us.

One day he and I drove together to Virginia to watch one of my elder brother’s college rugby games, and we listened to his Trapp music and talked as he smoked. He voiced his regrets to me, that he had done so many awful things, hurt so many people. That he had so much to heal from.

And I responded, with sweet condescension, that I could take no merit for being the Holy woman I was. I felt like St. Therese: She once said she often felt that she was like a small child who would have tumbled down the stairs to the basement, were it not for her loving father placing a gate up to guard her from this fall. Using this analogy, she said she merited no praise herself, but only her Father, for were it not for his protection, she would have certainly fallen as far as Mary Magdalene.

I am like Therese, I said, in feigned ignorance of my own conceit. Were it not for God’s protection, I would have done those evil things you’ve done. But God needs me to be healthy so that I can start on my mission of saving souls earlier. He has a plan for you, I reassured him. I’m sure you’ll save souls, too. You just need more time to heal.

Welp, now I’m pretty well aware of the trippy hogwash I’d swallowed, which I parroted every chance I got. My father was abusive. My mother was a battered wife. And I was a victim of indoctrination and abuse.

Weird when the tables turn.

Weird that I like myself better, in all my genuine filth.

I hope Therese was genuine when she used this analogy. I suspect she was. I think she was strong, and she knew herself. But I’m content to be with Mary Magdalene. I needed my fall. 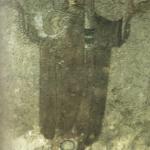 March 23, 2018
Meanderings from Mass: The Call for Vocations
Next Post 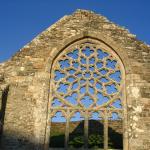 March 30, 2018 Why millennials are leaving the Church—and why we aren't (Part 3)
Recent Comments
0 | Leave a Comment
Browse Our Archives
get the latest updates from
The Shoeless Banshee: Meanderings Beyond the Pale
and the Patheos
Catholic
Channel
POPULAR AT PATHEOS Catholic
1