Meanderings from Mass: The Honesty of Job

Meanderings from Mass: The Honesty of Job April 7, 2018 Marie

A few weeks ago I was at Sunday morning Mass.

As per my usual, I was reading Jessica Mesman Griffith’s Love& Salt, distracting myself from the liturgy. Until I caught a snippet of the homily.

“Job despairs because he lost sight of his mission.”

Job despairs because, according to all appearances, God abandoned him. And, honestly, is that not what happened? Job was a righteous man, and yet God allowed the Accuser to destroy all that Job loved.

Look, I love the book of Job. I once wrote an article about the allusions to the book of Job found within Chesterton’s Man Who Was Thursday, and a few weeks ago in Theology class, when the professor asked everyone to tell the class his/her favorite book of the bible and why, I responded, “Job, because he was honest with God.”

There is a severe consolation in this book. This consolation comes in knowing that mortal harm often (usually? always?) is allotted to us, independent of our virtue, our vice. Just as God allows the sun and rain to nourish the wheat and the thorns together . . . just so, he allows the virtuous and the villain to suffer alike.

Consolation comes in this story. Yes. But not because of some proverbial “patience of Job.” Job wasn’t patient. Job didn’t keep hope. Job only kept faith in so far as it fueled his anger at the Divine.

Job is consoling purely, I think, because he did despair—and because he cursed God.

So, using Job as a convenient (if fully inaccurate) example of the pain we will somehow merit if we “lose sight of our mission” fits much better with the message of Job’s proselytizing friends than it does with any real “moral” of Job’s story.

No: the moral of the story is that Job was honest—honest in his rage, his despair, his sense of injustice. Job chastised God. And for that, God rewarded him.

Recently, I stumbled upon this excerpt from a Puerto Rican Theologian, Lorenzo Albacete:

In the program “The Millennial Pope” Germaine Greer speaks movingly about suffering and God, and I was asked to respond to her cry. Although a self-proclaimed atheist, Greer, with tears in her eyes, movingly expressed her deep appreciation for religious music as a human cry toward a Presence that was “just not there.” Then, in the face of the sufferings of children in Africa, she added, “If God exists, I hate him.”

What could I possibly say in response? Not only would a prepackaged religious reply have been insulting, but I also found an echo of her words within me. I knew her words came from her heart. I thought they were, in the truest sense of the word, authentic—honestly reflecting the author who had uttered them. I remembered that the existential writer and philosopher Jean Paul Sartre had seen such personal authenticity as a kind of sanctity. Germaine Greer is that kind of saint. I hope she doesn’t mind the appellation. I use it to show my respect for those who, in the face of human suffering, cannot believe in God.

-Lorenzo Albacete, God at the Ritz

I think Job, Sartre, and Greer would have been friends. They would certainly have been deeper and truer companions than Job’s “friends” in the scriptural account, the men who answered Job’s anguish with blame and convenient proverbs.

I’m going to be honest. I don’t have patience for proverbs these days. I highly suspect Job didn’t, either. 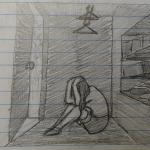 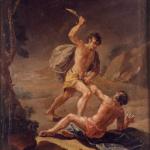