There it is, in black and white. I don’t know when, or how, or why, but somewhere along the line my brain, my struggles with scrupulosity, and a bunch of ideas that I had knotted together had turned grace from something beautiful into something terrifying. It wasn’t the high point on the horizon I was supposed to aim for. It was the looming Mount Everest, it was all about being good and holy and right.

I am still digging myself out from under the mountain of mistakes that grace had become in my head.

As I said, I don’t know how I had jumbled things up so badly. But one of the things that let me hold on to this mess of ideas so long was that it was easier for me to put things into boxes this way. Grace was good. Sin was bad. If it was bad or messed up, it had to be sin. If it was good, or looked like it should be, it was grace. Grace meant following the rules. Sin meant breaking them.

It was an easy way to think of grace.

And it was wrong—partly because of something I’m not sure I ever realized about grace.

Grace is about consent:

God’s free initiative demands man’s free response, for God has created man in his image by conferring on him, along with freedom, the power to know him and love him. The soul only enters freely into the communion of love.

And so is sin:

For a sin to be mortal, three conditions must together be met: “Mortal sin is sin whose object is grave matter and which is also committed with full knowledge and deliberate consent.

As much as we avoid talking about it with abuse and assault and make excuses about why we don’t need to talk about it, consent is actually right there in black and white in church teaching, like it or not. It has to be part of what we believe, because it is part of grace and part of sin.

But it is about making a choice—the choice to willingly work with grace.

Nothing to do with blind obedience.

Nothing to do with being good at being good, or not.

Nothing to do with failing to get it right all at once.

Funny how I’d missed that. But once I realized that one mistake, it was only a matter of time before my mountain came tumbling down.

It hasn’t been an easy dig out, though. Sometimes, part of me wants to go back to hiding from the scary mountain grace used to be. I feel like I’m just as likely to dig free of the rubble  as I am to fly to the top of Everest. There are times that I want to shout “Can someone just decide what I should do for me?” I still want to look at my mistakes as signs that I’m not getting anything right. I’m not sure that having to choose grace makes it less scary to me.

But it’s a mountain I’ve decided I will try to climb.

Maiasson is a fellow writer and old friend of Marie’s. She has written for The Shoeless Banshee before, reflecting on child-like faith, the sanctity of human life, and  her cat keeping her Catholic. 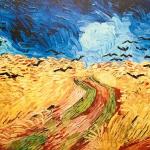 July 5, 2018
Musing Musically: Theresa Williams Reflects on "August and Everything After"
Next Post 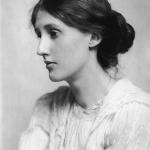 July 20, 2018 A Transformed Woman—Rebel, Feminist, and Catholic
Recent Comments
2 Comments | Leave a Comment
Browse Our Archives
Related posts from The Shoeless Banshee: Meanderings Beyond the Pale