My freshman year at Franciscan University of Steubenville, I was required to read books that contained graphic sexual content, including graphic homosexual content.

I had never been exposed to such content in literature before. My father had decided that his children needed to be homeschooled so that we would be protected from content such as this, content that might destroy our innocence. I was raised with fear of the corrupting power of books with any kind of sexual content. If I was concerned, I’d give a book to my mother first to read and approve.

Imagine my shock freshman year when I learned what the term “buggering” was from Aristophanes’s The Clouds. Picture my discomfort when we read Plato’s Symposium (and fifteen other dialogues, including the Republic and Apology), all in my freshman year in Honors 102 under Dr. Michael Sirilla, a professor I loved and respected, head of the theology department masters program. These works are rife with explicit homosexual content, including pederasty (sexual acts between adult men and young boys). I distinctly remember Dr. Sirilla apologizing for this content, but requiring us to read it nonetheless.

These uncomfortable losses of innocence continued throughout my time at Franciscan University.

A dear friend in the other Honors section my freshman year cried when she was forced to read Lysistrata by Aristophanes because of how explicit and jarring the sexual content was (it has perhaps more sexual jokes and puns than any other Greek play, and pictures the men walking around with visible erections, among other things). I learned in my embryology class how homosexual sex acts are conducted, which I had never known before. I was frankly instructed in sexual anatomy and the male and female responses to sexual stimulation. I also learned in that class that semen tastes salty.

Yes, I learned these things in classes at Franciscan University of Steubenville.

My sophomore year in Honors, we read Eusebius’s Ecclesiastical History, in which I read passages such as: “They stuffed bitter vetch up the genital passages of their victims and drove sharp stakes into their seats.” The following semester we read Chaucer’s Canterbury Tales, and unlike at Christendom, we weren’t warned to skip the explicit scenes.

My junior year, Dr. John Pilsner assigned a notoriously ribald text called Gargantua and Pentagruel by François Rabelais. Rather than avoiding the shockingly sexual scenes, Dr. Pilsner specifically assigned these parts (and skipped others). He explained that often, Rabelais used sexual, lewd, and grotesque content to reveal sacred and divine mysteries. As it’s put in The Hitchhiker’s Guide to the Galaxy: Earth Edition:

The term ‘Rabelaisian humour’ can be generally taken to mean humour whose basis is any of the body parts (particularly the naughty ones), bodily noises, bodily functions, and the appetites including, of course, randy sex1.

He was a satirist and while his prose was sublime for its sheer inventiveness, he did not typically trouble himself with double entendre or any other form of subtlety. Instead, he elevated pure bawdiness to art, with a capital F.

I remember so many parts of this book that we discussed in that class, things I’d certainly have assumed counted as blasphemy. There was, for example, the litany to cod (cock) that represented a litany to the saints. There was the weird, grotesque scene of a woman smeared with a female dog’s scent gland who was chased through the streets, somehow representing a Eucharistic procession.

Is it shocking that Rabelais’s Gargantua and Pentagruel was a banned book at various times throughout history?

Like Sirilla, Pilsner also apologized for making us read such explicit things, but defended them as an insight into mystery. He emphasized Rabelais as one of the foremost innovative writers of the renaissance era.

So, dear Church Militant, Christine Niles, Laura Sirilla, Anne Hendershott, and everyone upset whose panties are in a wad that Dr. Stephen Lewis, my thesis advisor and a professor I admire very much indeed, assigned a book that contained sexual scenes: well, you’ll just have to be angry at Dr. Michael Sirilla and Dr. John Pilsner, too. 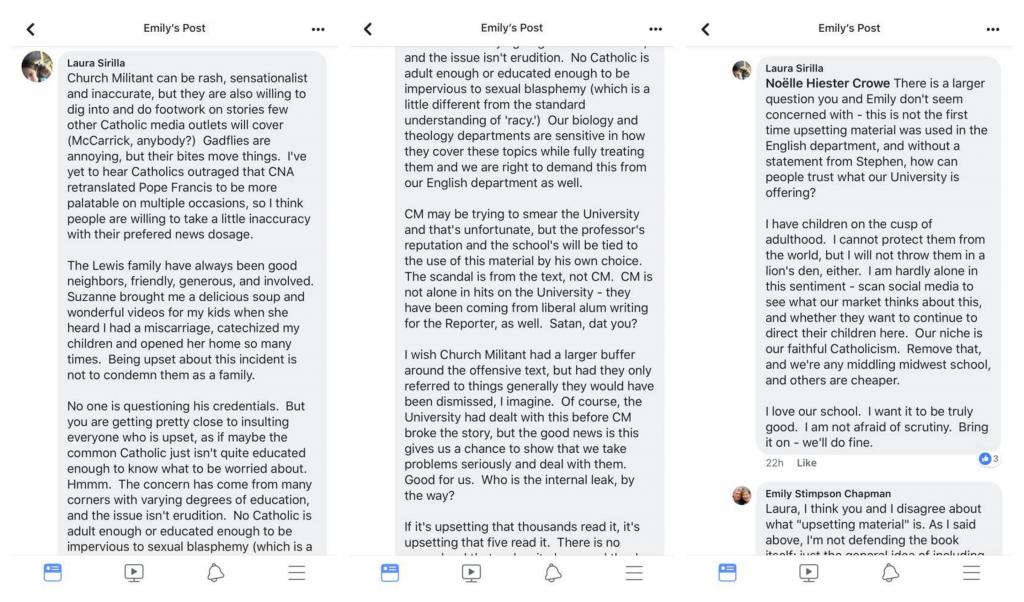 If you want to be angry that Dr. Lewis assigned The Kingdom in an advanced literature course, then be consistent. Be angry that Plato was assigned in a Great Books seminar. And if you can’t recognize how ignorant it would be to ban Plato, then I’m not sure you’re capable of the intellect needed to pursue a  liberal arts degree.

Universities exist  for the purpose of free exploration and education.

They are there to challenge our prejudices and assumptions and make us think, deeply and often uncomfortably. I was often shocked and made uncomfortable by the reading I assigned  in my classes at Franciscan University. However, as one of my favorite professors taught me, art ought to make us uncomfortable. If it doesn’t make us uncomfortable, it isn’t doing it’s job as art. Moreover, what you seem to have missed about this particular book that Dr. Lewis assigned is that Lewis was not endorsing the content. He assigned it to be analyzed in contrast to Christian depictions of biblical literature and understanding. This is vital training for a literature scholar who will likely move on to secular schools and encounter far more shocking works.

I am glad I read each of these works during my education. My education would have been lacking in richness and depth if it had skipped any one of them. Reading them under the guidance of Dr. Sirilla and Dr. Pilsner made me respect these works and these professors more, not less.

So untangle those panties, why don’t you. Or at least be consistent, for fuck’s sake.

About Marie Kopp
Marie Kopp is our foundress. She graduated in May with her bachelor’s degree in English writing and now wanders (a bit lost, usually) around Spain teaching English at a truly lovely Catholic school. She hopes to pursue Teaching English as a Second Language (TESL) so that she can continue working with immigrants and refugees as she did two summers ago in Kansas City, Missouri. You can read more about the author here.
Previous Post 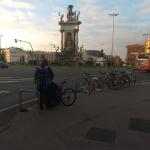 December 27, 2018
Those Who Showed Me the Face of God This Christmas
Next Post 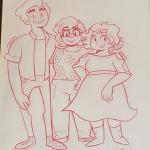 January 14, 2019 Through the Looking Glass
Recent Comments
83 Comments | Leave a Comment
Browse Our Archives
get the latest updates from
The Shoeless Banshee: Meanderings Beyond the Pale
and the Patheos
Catholic
Channel
POPULAR AT PATHEOS Catholic
1