Through the Looking Glass

Through the Looking Glass January 14, 2019 Marie

My mom and I were just discussing the bizarre crises of identity this whole Church Militant shit show has stirred up within us.

The thing you need to understand is, I was raised by a man who worshiped Michael Voris and CM. My father praised my writing even as he constantly tore me down. He tried to turn me into the disfigured, judgmental, hate-flinging kind of woman that Christine Niles is. As someone said recently, one of the most destructive forces in the world is a woman who hasn’t dealt with her own trauma.

I went to Franciscan hoping to “convert the world for the Sacred Heart.” Unfortunately, the Catholicism I was raised with would have made me turn hearts even farther from that love and mercy. I was firmly set on a path to destroy, a path of judgment and hate for myself and others.

Well. I have done the trauma work. I spent nearly two years in intense trauma therapy for the PTSD that my father’s abuse caused. I still have flare ups. I had a bad one just a few weeks ago on Christmas Eve. But I am stronger now. I have powerful support systems and I’m still learning good coping mechanisms.

And because I met brilliant, amazing, irreverent, pious, inspired, and most of all loving people (almost all of whom I met at Franciscan University or because of it) I now like myself. That’s new. And different.

I asked my mom this morning if the article I wrote yesterday triggered her. My deepest fear remains becoming a mirror of my father, a person who writes and “evangelizes” only to tear down and destroy.

You ask if what YOU wrote triggered any Brian crap from our past ……. To repeat myself, not what you wrote, but the WHOLE Church Militant THING attacking Lewis makes me remember how Brian followed Michael Vorus as some kind of modern day prophet…..CM calling people to Repent and Believe!
I feel like we are truly living in a twilight zone TV episode. Think about it. We have WEIRDLY lived in 2 opposing Roman Catholic worlds in less than 5 years. This shift from black and white-trad-conservative on one hand to the more loving, free, Suzanne Lewis approach to Catholicism on the other hand. My head is spinning from this drama, my cold, our quickly changing reality.

I told her that I get it. It really is so weird. But I have so much more peace and joy now, and that’s how I know this new world of ours is good.

I used to live in such fear and misery and hatred, always judging others. Now I pity them, as I used to be them.

It is just so weird. Brian tried his best to raise me to be one of them. It is bizarre, because despite his best efforts, we’ve stepped through the Looking Glass and found wonder, joy, friendship, and curiosity on the other side.

So. Here’s cheers to that. And gratitude to those who helped us (y’all know who you are). Because of you, we’ve found the magic and strength to step through the glass from black and white judgment and condemnation into a gorgeous world of color and mystery on the other side. 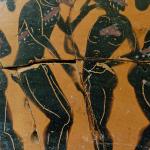 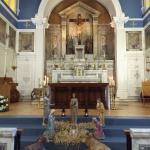 January 20, 2019 Unconventional Catholicism: Audaciously Snatching Grace
Recent Comments
5 Comments | Leave a Comment
"I am glad you're better. I hope that you never experience anything like that again. ..."
Statistics Palin “I went a bit mad. I’m ..."
"Personally my only qualms with goddess is that there are already plenty of feminine gendered ..."
James D. Adam Broxson God As Mother
"I'm very sorry your biological father let you down like this. I was in the ..."
My Serenity for Life Growing up a child victim of ..."
"Some:https://www.monasteryicons....https://m.catholicprayercar..."
Ame American Saints Who Were People of ..."
Browse Our Archives
get the latest updates from
The Shoeless Banshee: Meanderings Beyond the Pale
and the Patheos
Catholic
Channel
POPULAR AT PATHEOS Catholic
1