How come no one talks about racism in the Salem Witch Trials?

How come no one talks about racism in the Salem Witch Trials? January 6, 2018 Julia Penelope

The Salem Witch Trials are one of the most notorious events in the history of the New England Colonies. While many explanations, ranging from mundane to bizarre, have been suggested through the years; they still remain a fascinating historical enigma. One of the most misrepresented characters is perhaps that of George Burroughs, or as they called him in Salem- The Confederate of the Devil. 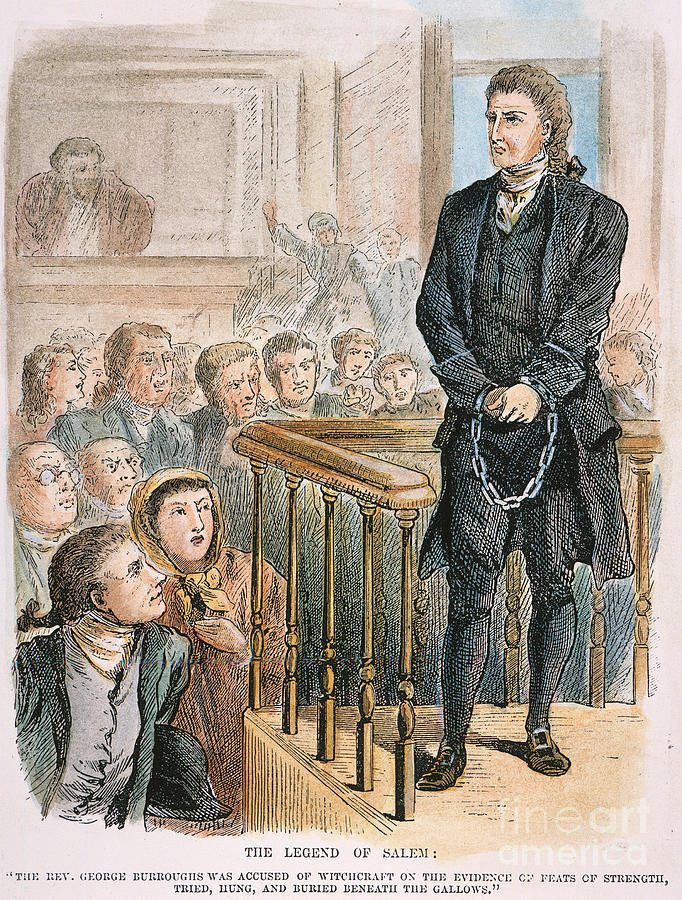 The story of the man who would hold the distinction as the only minister executed during the Salem Witch Trials, began in Suffolk, England where he was born in 1652. He emigrated to the Massachusetts Bay Colony as a young child with his mother. He graduated from Harvard University in 1670 with a degree in theology and shortly thereafter began a career as a reverend. In 1674, he moved to the outward frontier of the colony- Falmouth (Portland today), Maine.

Burroughs would spend the next 18 or so years moving between the Maine frontier and the Salem area of the Massachusetts Colony. During these tenuous years, there were two very deadly attacks by Native Americans on the Maine frontier (prompted by some egregious acts). Burroughs managed to live through both of them- a fact that would haunt him during the trials. It was said that he only survived because he was in ‘cohorts’ with the Native ‘Devil-worshipers’.
When he finally returned to the Salem area as a refugee from the frontier; he faced suspicion, accusation, and eventual death. One of the most important things to understand about the Puritans who lived in New England at this time is that they had very strong beliefs about the spiritual realm. The Devil, demons, witches and all forms of devilry were very real things and could and did affect the physical world they lived in.
The Puritans also considered organization, structure, and control as part of the natural, godly, order of things. This essentially meant that the Maine frontier would have been thought of as a terrifying, wild, and dangerous place. Because Burroughs had survived in this environment, he naturally fell under suspicion. And as explained earlier, he was suspected of being in cahoots with the Natives, who were thought of as a natural extension of the wild frontier and therefore evil ‘heathens’ and devil-worshipers.
To top this all off, George Burroughs had several physical traits that drew negative attention to him. Firstly, he had a very dark complexion as noted by several witnesses at his trial. George Calef said that Burroughs resembled the Natives due to his dark complexion and Abigale Williams publicly called him a ‘little black minister” (Gasser, 110). And secondly, he was known for his exceptional physical strength which some even described as supernatural.


“He was accused by nine persons for extraordinary lifting, and such feats of strength as could not be done without a diabolical assistance.” – The Wonders of the Invisible Word by Cotton Mather

What becomes shockingly evident when analyzing the circumstances surrounding his trial and subsequent execution is that George Burroughs was a victim of discrimination based on his physical appearance. Two main reasons given as proof of his ‘witchcraft’ by the 30 witness who testified against him were his strength and the fact that he had ‘dark’ features (he also apparently was very strict with his wives and had toads in his house).
In the end, Burroughs was executed on August 19, 1692. The final victim of a mass hysteria that resulted in the death of 25 innocents. Burroughs was scapegoated as the ‘Confederate of the Devil’. He was said to have lured the innocent, god-fearing townsfolk of Salem and the surrounding area into making pacts with Satan and turning them into witches. In all probability, Burroughs was innocent of these things. The fact that he had escaped two attacks by Natives and had several less than desirable physical traits are what led to his death. 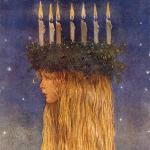 December 12, 2017
Sankta Lucia: The Survival of a Nordic Sun Goddess
Next Post 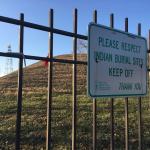 January 11, 2018 Reclaiming the sacred sites of the Twin Cities
Recent Comments
4 Comments | Leave a Comment
"Language evolves. It borrows words from other languages, other cultures. You can complain but you're ..."
Addison 6 Reasons To Stop Using the ..."
"True, although Birgitta never became part of Swedish folk tradition as Lucia did."
Ingeborg Nordén Sankta Lucia: The Survival of a ..."
"I can't stop laughing, I remember reading of the torched hoofer & felt he should ..."
KittyMayhem The Pagan Origins of the Yule ..."
"St Lucia is NOT the patron saint of Sweden. Saint Birgitta is!"
revliesel Sankta Lucia: The Survival of a ..."
Browse Our Archives
get the latest updates from
The Wandering Witch
and the Patheos
Pagan
Channel
POPULAR AT PATHEOS Pagan
1