In the latest incident of ‘let’s try and convert remote indigenous tribes,’ a Baptist missionary from my home state of Maine is being investigated for entering the territory of the isolated Hi-Merimã tribe of the Brazilian Amazon.

This comes just a few short months after another American missionary, John Chau, died while attempting to contact an island tribe in the Indian Ocean.

While some may view these efforts to share ‘the love of Jesus’ as heroic and brave, they’re actually acts of violence, genocide, racism, and straight up colonization.

Now, you may think that’s a bit of a leap but let me explain.

The Oxford Dictionary defines colonization as “The action or process of settling among and establishing control over the indigenous people of an area.”

While the definition of missionary doesn’t imply all of that at the surface, it pretty much does all of those things. Missionaries live with the communities they are supposedly serving. They bring alternative ways of living and often do much more than simply spread ‘the good word.’ They usually end up in positions of authority and ultimately control all aspects of society, not just religion.

Just take the notorious California missions. These compounds were founded starting in 1769 by Spanish Franciscan monks and enslaved native Californias under the auspices of conversion and civilization. Also, thought you all should know that Pope Francis canonized the founder of the first of these missions, Junipero Serra, in 2015.

A man that said, “That spiritual fathers should punish their sons, the Indians, with blows appears to be as old as the conquest of the Americas; so general in fact that the saints do not seem to be any exception to the rule.”

The whole process of missionary work is a lot like the widespread Western imperialism of the 19th century. At this time, the perceived inferiority of non-white peoples was used as an excuse for conquer. Because they were deemed ‘savages’ and ‘barbarians’ they required help from the great White nations to advance them into the future.

This is something that became known as the White Man’s burden.  A phrase that was first introduced in a poem of the same name by Rudyard Kipling in 1899. This poem suggested that as the more civilized races, Western nations have a moral obligation to rule and guide the ‘savages’ and ‘barbarians’ into the future.

“Take up the White Man’s burden —

Send forth the best ye breed —

Go bind your sons to exile

To serve your captives’ need;

To wait in heavy harness,

On fluttered folk and wild —

As the last line of the poem claims, not only are these ‘natives’ ignorant children, they are associated with the devil. It’s implied then, that Western religion, is part of the process of civilizing.

So to all the future would-be missionaries out there- you are carrying on the 1000+-year-old genocidal legacy of Western nations. By contacting isolated tribes, you are not only challenging their right to autonomy, sovereignty, and their organic culture- you are LITERALLY placing them in physical danger through the risk of disease and myriad other outside factors.

Is the potential death of an entire culture worth the ‘salvation’ of one soul?

Also if you are as mad about this as I am, feel free to contact the Greene Baptist Church in Maine to let them know how you feel:

About Julia Penelope
Julia Penelope is a blogger, traveler, occultist, and aspiring archaeologist. She has been a practicing witch for the past ten years and a devotional polytheist for the latter three. She is the founder and organizer of an eclectic women’s circle in southern Maine, the Witches of Downeast. You can read more about the author here.
Previous Post 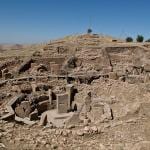 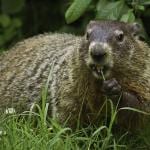 January 28, 2019 Groundhog Day: History, Lore, and Weather Divination
Recent Comments
0 | Leave a Comment
"Language evolves. It borrows words from other languages, other cultures. You can complain but you're ..."
Addison 6 Reasons To Stop Using the ..."
"True, although Birgitta never became part of Swedish folk tradition as Lucia did."
Ingeborg Nordén Sankta Lucia: The Survival of a ..."
"I can't stop laughing, I remember reading of the torched hoofer & felt he should ..."
KittyMayhem The Pagan Origins of the Yule ..."
"St Lucia is NOT the patron saint of Sweden. Saint Birgitta is!"
revliesel Sankta Lucia: The Survival of a ..."
Browse Our Archives
get the latest from
The Wandering Witch
Sign up for our newsletter
POPULAR AT PATHEOS Pagan
1 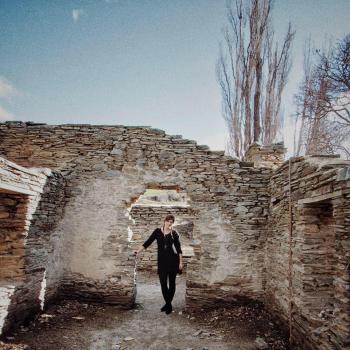 Pagan
Of Down East: A Film About the Wandering...
The Wandering Witch
TRENDING AT PATHEOS Pagan