I’m struggling with Lammas this year. Which to be clear, doesn’t mean I’ve been wrestling with a South American camelid. Not that I wouldn’t get into a set-to with said llama, just in case there are any llamas out there that think otherwise. But I digress…

Lammas is about celebrating the harvest. Lammas festivals and rites tend to focus on our personal abundance, and perhaps the shared abundance of our communities. I know that I’ve planned many Lammas rituals with just these thoughts in mind and I am grateful that I’m part of an abundant, thriving, decades old local Pagan community and have access to many other like-minded communities too. I’m all for reveling in abundance. Abundance is great. I like abundance a lot. But here’s my struggle…

Abundance of Poverty – I just spent a week in and around Washington DC. There’s an abundance of power and statues and museums and everything that such a glittering city on a hill might have. But in driving just a few blocks away from the lobbyists and senators and power brokers, I saw a a very different picture of our nation’s capital and I was stunned. Broken windows, shuttered buildings, poverty so old and deep and intractably entrenched that I couldn’t even fathom how it could ever be any different. And to speak plainly, for poetry and ambiguity have no place here, this poverty is etched almost exclusively into black and brown faces. It’s worn heavily across black and brown bodies like a yoke. What is abundant here is not fireworks and the Fourth of July picnics and there’s nothing about Making America Great Again that includes this place and the people that shuffle through their lives here.

Abundance of Hatred – I’ve lost count of how many people have said that they are taking a break from social media because they can’t read another article about ________ (fill in the blanks, there’s an abundance of blanks). While I share the sentiment, I can’t not see the hate everywhere and I won’t turn it off even though I want to. Trans folk targeted for wanting to take a piss or for just walking home at night. Black folk targeted for daring to exist and resist and for saying “no more”. A political caricature running for President that thinks brown people are rapists and drug dealers and proudly announces time and time again that the best way to stop terrorism is to kill the families of terrorists and to ban an entire religious community because we just can’t trust ’em. Don’t get me started on misogyny and rape culture. You think it’s out of control now, it will explode if, come November, there’s a woman in the Oval Office and that terrifies me.

Abundance of Distraction – To quote a line from “Nobody Home” from Pink Floyd “Got thirteen channels of shit on the TV to choose from” but of course there are now thousands of channels to choose from. And Pokemon Go and who slept with whom on The Bachelor or blogging about which brand of magic is really the best and how the gods want their devotions to go and look at all my great retorts and comebacks in the comments and look, shiny things over there and I want the latest shiny thing because the last shiny thing no longer is the new shiny thing. And all the while the poverty spreads and the hatred grows and the walls that we’ll all pay for are being erected while we sleep. 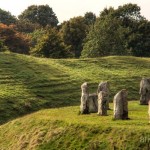 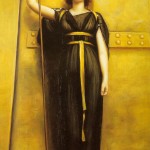 July 25, 2016 So You Want To Be A Priestess
Recent Comments
0 | Leave a Comment
"I haven't bothered with a circle in years and haven't suffered for it. I personally ..."
Meredith Everwhite Casting a Circle – Not Just ..."
"I see the same thing happen to people who have assumed Deity."
Woods Wizard The Perils of a Magickal Hangover
"Thank you."
Gwion Depression – Inside And Out
"Could cast the circle to cover geographic area or treat the call like a closed ..."
Tree Casting a Circle – Not Just ..."
Browse Our Archives
get the latest from
The Witches Next Door
Sign up for our newsletter
POPULAR AT PATHEOS Pagan
1

To Those Proselytizing Out Of Love:...
John Beckett
Related posts from The Witches Next Door

The Corner Crone: Sacred Hags Oracle – Review
The Sacred Hags Oracle deck is utterly unlike any I’ve encountered. Danielle...
view all Pagan blogs
What Are Your Thoughts?leave a comment
Copyright 2008-2021, Patheos. All rights reserved.
error: Content is protected !!