Picture it. It’s a dark night in the middle of the woods. There is a roaring fire in the center of a large group of people. A long haired Priestess steps out from the crowd. She is carrying a sword, the shine of the blade getting lost in the folds of her dark skirt. She stops near the fire, pointing the blade towards the flames, as if calling the power of the fire into the metal of her sword. She then lifts the sword, pointing the tip towards the direction of North and draws a pentacle in the air. Moving in a clockwise circle around the space, she repeats this pattern three more times, facing, East, South, West. All the while she speaks the words of magick. Finally, the blade is held above her head, pointing to the heavens. Then the blade is plunged into the earth.

I’ve seen this scene before. Shoot, I’ve been the Priestess in this scene. It’s beautiful to behold and because of that, it might look like a performance, but it can’t all be for show. Casting a circle needs to have some teeth.

Why Do We Cast?

We cast circles for two reasons.

When I was new to magick, I would recite rituals word for word out of books. I didn’t really understand what was supposed to be happening energetically. Because of this, the circles I created were performative. I didn’t feel anything happening because I didn’t know how it should feel. This is one of the challenges of learning only through written media. I don’t really know if those circles “worked” or not because I didn’t really understand the power of what I was doing. There is more to it than just walking the perimeter of your space and reciting some special words.

When casting a circle you are doing energetic magick using your body as a conduit. Ideally, you pull energy up from the earth or another source, and through you. Then you push that energy out and around you, creating a barrier.

Lots of practitioners don’t “see” the circle and you might never see it with your eyes. If you don’t feel it or experience it in some other way that’s okay, practice! Sensing energy doesn’t come natural to everyone. Some folks need to work that muscle until it becomes easier to discern the energetic shift.

Don’t feel bad if that doesn’t happen. Try again, and then again.

Calling it a circle casting is really a misnomer, because you aren’t really making a circle, but a bubble around yourself and the ritual space. This bubble may only extend around you, or your altar, or a nine foot circle, or an entire room, or an entire forest, you know, whatever you need. The circle extends around you and then above you and below you. Like an energetic hamster ball.

There are times when the edge, or boundary, of a circle gets disturbed. This could be from someone walking through it, a weak area from a wonky casting, or a disturbance from an outside force. If you notice a weakness or opening in the circle, after it has been cast, this will need shoring up. I imagine this like patching a hole. You need to fill the hole with energy and seal up any weak areas. Voila! Good as new.

The words spoken, the tools used, and the directional associations during a circle casting vary from tradition to tradition. There isn’t just One Way to do it. If you aren’t affiliated with a specific tradition, you have the opportunity to try different things, read how other folks cast circles, and discover a way that works for you and has the most impact.

This isn’t to make circle casting into a game of make believe, but rather it is a way to take down some of the barriers for those of us who have a hard time connecting into the magickal, energetic, otherworldly, and subtle. Again, sensing a circle is energetic work and we have to use those muscles in order for it to become easier. Keep going.

I’ve said this many times, this is all a spiritual practice not a spiritual perfect. Don’t expect for everything to come naturally or easily. Don’t get frustrated when it doesn’t work. Try again. Do it again. Keep going. You’ll be glad you did and your circles will be stronger for it. 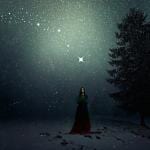 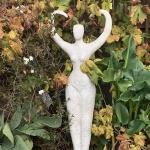 January 10, 2021 Moving Sacred Space from the Old Temple to the New Temple
Recent Comments
0 | Leave a Comment
"Holy cow, this is exactly how I read. Thank you for putting it in such ..."
Saorni Learning to Read Tarot
"Other people's correspondences for colors etc. are useless aside from placebo effect, unless and until ..."
Daniel Davison Witchcraft Done Wrong
"I like your idea of putting colors on an altar space, never thought of that ..."
Lily the Seeker Discovering Your Spiritual Allies
"For some of us, our "pets" are more family than our blood relations. I'm one ..."
Kyllein MacKellerann Samhain and Beloved Pets
Browse Our Archives
Related posts from The Witches Next Door