I’ve been examining my practice with the Elements. It is one of the core pieces of magic I teach in the Reclaiming Tradition. I revisit this work every so often as a teacher and as a student. I’ve talked about my explorations with Air and my connections with Fire. Now it’s time to dive into some deep Water.

Immersing myself in Water

I like water. I love swimming in it. I’m all about selfishly lingering in a steaming hot bath tub for as long as I can possibly get away with it. The sound of water babbling over stones and waves crashing onto beaches and rain hammering onto the roof of my car, are some of the most erotic sounds I’ve ever heard. Not living near free running, wild water would be quite untenable for me. However, my magical understanding of Water has been elusive. It’s taken me years to fathom that I don’t understand Water at all. And I think I know why.

Some of my earliest memories are of the River Thames (pronounced “TEMS”) in London. That’s where I grew up. The River was everywhere. I could see it from the windows of the shabby council estate tower blocks I lived in. The salt air mixed with diesel and sweetness from the demerara sugar ships down at the docks. I’d sneak onto the free ferry in Woolwich, just to be part of the River. I would dangle my legs through iron railings, slip down onto disused docks and just sit with the River. In the midst of the overwhelming oppression and noise of the concrete jungle, as my part of London was affectionately dubbed, the voice of the River spoke.

I live by the River

I took frequent boat rides to Westminster, what most people think of as London proper. Disembarking at the feet of Boudicca and her chariot always seemed deliciously subversive to me. (She, who marched into London and overthrew it, has always been a beacon.) School trips to the Cutty Sark and the National Maritime Museum at Greenwich made school worthwhile for me. A favourite outing was visiting Gravesend, where the River Thames makes its way through Kent, finally emptying into the brutal, unforgiving blackness of the North Sea.

The River Thames is ancient. There’s linguistic debate about just where the name comes from, but the general consensus is that it means “dark”. The Thames is a muddy, swirling dark river in most places. It’s unforgiving and life bringing all at the same time and no part of London’s more than two-thousand year old history is ever told without referencing the River. Sacred offerings are still being pulled out to this day – British torcs and Celtic shields and Saxon swords and Roman coins. For thousands of years the River has played a part in the rise and fall of queens and tyrants and every day people. Banking and finance might be what fills the coffers these days, but the River will always be the life-blood of London.

The ice age is coming, the sun is zooming in
Meltdown expected, the wheat is growin’ thin
Engines stop running, but I have no fear
‘Cause London is drowning, and I, I live by the river

Water connects me to memories. Much of what I remember from my childhood is wrapped up in being alone and feeling scared. I was so clearly different and those differences made me a target. The River was a place of escape, a place to dream of being a pirate or sailing to far away lands on a tea clipper, or just floating, or even drowning. English water is full of deep, terrible emotions. It is full of sadness for me.

And then suddenly, the River and London and everything I knew about Water was very, very far away and I found myself in California.The Water here is completely different. It comes from mountains, cuts through granite, swells in rushing rivers and fills local creeks. The Pacific Ocean, for all it’s riptides and hidden dangers, is generally thought of as a welcoming place to play. The Water here still retains an element of the wild.

And so as I came to live near these waters on the West Coast and Sierras, I took on these tumbling, cascading, flowing, wild aspects. Water became an adventure rather than an escape. Water became about the “now” and not about the slow march of time. Water became an emblem of freedom compared to the river of obligation and industry. When I think of water here in Sonoma County and along the northern California coast, I think of possibility.

California water speaks to me of vastness, of change, of possibility of starting on a pristine mountainside and traveling through spectacular landscapes full of life and colour. Water here speaks of being naked and washing myself clean in deep, clear pools that are untouched and unspoiled.

The Tides of Water and Magic

In the song “Tales from the Riverbank” by The Jam, Paul Weller astutely writes of the River ” It”s mixed with happiness, It’s mixed with tears. Both life and death are carried in this stream.” For me, that’s what I find difficult about Water. When I dip myself into that stream I never know which memories are going to come flooding back. And sometimes those painful, hidden, suppressed images come rushing in and I’m carried out to sea like a piece of flotsam on those dangerous currents.

Water is complex. Water doesn’t ask if I want to go to the ocean. Water reminds me of where I’ve been and who I’ve been and what I’ve lost and what I’ve walked away from. Water lures me in with the promise of a nice, long soak in the hot tub and then smashes me on the jagged rocks at the seashore. I love being in water. I hate being in the water. I crave being near water every day and I can’t imagine not living near it.

When I engage with water magically, I’m always cognizant of words like “Immersed” and “carried away on the tide”. This is how Water shows up for me, whether it’s an ocean or a rainstorm or a bath. What I know is that whenever I work with water I’m going to be “in it” whatever that happens to mean for that piece of magic. There’s no dipping my toe in Water magic. 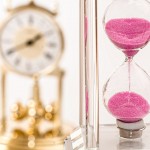 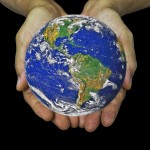 May 18, 2017 Elements Of Magic - Becoming Earth, Magic, Lover
Recent Comments
0 | Leave a Comment
"I haven't bothered with a circle in years and haven't suffered for it. I personally ..."
Meredith Everwhite Casting a Circle – Not Just ..."
"I see the same thing happen to people who have assumed Deity."
Woods Wizard The Perils of a Magickal Hangover
"Thank you."
Gwion Depression – Inside And Out
"Could cast the circle to cover geographic area or treat the call like a closed ..."
Tree Casting a Circle – Not Just ..."
Browse Our Archives
get the latest from
The Witches Next Door
Sign up for our newsletter
POPULAR AT PATHEOS Pagan
1

How Do I Know If A...
John Beckett
Related posts from The Witches Next Door