Say It With Me: “I Believe You.” (trigger warning – child molestation)

Say It With Me: “I Believe You.” (trigger warning – child molestation) February 18, 2014 Aliza Worthington 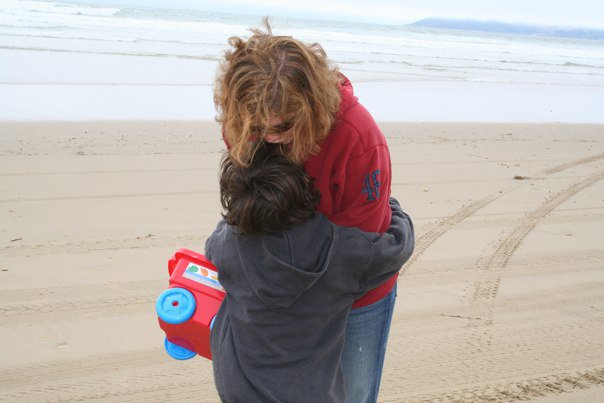 I don’t pretend to know what happened in the colossally fucked-up family dynamic into which Dylan Farrow had the misfortune of being born. I realize our legal system was originally set up to make it harder to convict someone than to acquit him or her. In practice, this allows for great travesties of justice unserved, but in theory, I believe that is still how it should be. All I have is my gut feeling – this is all ANYONE has, except for the perpetrator and the victim of a crime in which there weren’t any eye-witnesses.

So much has already been written in support of both people, I won’t rehash that here. There is, however, something practical and powerful to be learned from this heartbreak, and that is my focus. It’s encapsulated in the following quote from Woody Allen’s reply piece to Dylan Farrow’s in the New York Times.

TWENTY-ONE years ago, when I first heard Mia Farrow had accused me of child molestation, I found the idea so ludicrous I didn’t give it a second thought…I naïvely thought the accusation would be dismissed out of hand because of course, I hadn’t molested Dylan and any rational person would see the ploy for what it was. Common sense would prevail.  – Woody Allen in the NYT, 2/7/14

I could go on about why my instincts tell me Allen is guilty of molesting his 7-year-old daughter, but what bothers me MOST – the thing from which I feel everyone could learn the MOST, is in his reaction. More specifically, from his lack of reaction. He was so dismissive. He – by his own description – was unconcerned about 1. being accused of such monstrous behavior, and 2. that his daughter was describing a scenario in which she was sexually abused. I fear therein lies much of the problem. He presents it as an annoyance that will go away soon. He has good reason to. History backs him up on this.

Let’s speak more generally.  Allegations of child sexual abuse are by their nature so abhorrent, our moral conditioning tends to make them hard to imagine. We are more worried about what will happen to our relationship with (and fate of) the accused (most likely someone we know) than we should be. It holds an understandable, but unreasonably strong sway over how we react to the confused, upset, victimized child gracing us with their confidence.

We must stop dismissing children (and older victims, too, but especially children) coming forward to disclose abuse. We MUST. STOP. DISMISSING. THEM. The adult has experience, maturity, legal and emotional tools in place to deal with the injustice of being wrongly accused, should that prove to have been the case. The dismissed child victim does not have ANY way to cope with being abused, then not taken seriously, and, in many cases, served up again into the hands of her abuser.

It is with this in mind – the combination of our natural difficulty imagining such things can happen with our unwillingness to voice a potentially incorrect accusation – that I offer the simplest of all suggestions. Practice. We practice things that are difficult. Piano, baseball, asking for a raise. We must also practice saying these three words. “I believe you.” Even if you doubt the child’s veracity, say these words. Good god, isn’t it better to be safe than sorry? Look in the mirror, imagine a child staring back at you after saying the unsayable, then say – out loud – “I believe you.” If you can manage, follow up with “It’s not your fault.” Then imagine the relief in the child’s face when they realize they were right to confide in you. Despite the long road that’s sure to follow, above all, imagine the child’s relief knowing he or she won’t have to travel it alone. Imagine yours.

Your voice may shake or break when you practice this, if you do it right. I so fervently believe, though, the more you do it, the more likely you will be able to deliver the line when it’s needed most. Think about it. Which is the better scenario? Saying “I believe you,” to a child, or saying “I should have believed you,” to that child ten years later? Having never been in that situation myself, I hope I’d choose the first. I don’t have science to back me up on this, but it’s my theory that the moment we say, “This could never happen to my child.  I don’t believe it,” is the moment we make it exponentially easier for that very thing to happen at all.

February 24, 2014 Spider Meets Winshield.
Recent Comments
4 Comments | Leave a Comment
Browse Our Archives
get the latest from
Best of Patheos
Sign up for our newsletter
POPULAR AT PATHEOS Jewish
1