Samhain in the Hospital: My Mother Is Not Dead

As I’ve said before, I’m a little ambivalent about Samhain. I haven’t found the balance point between the commercial candy holiday, the cultural celebration of the spooky, and the commemoration of the dead.

There is a story about the Zen master Gudo Toshoku, who in the 17th century was the teacher of the retired emperor Go-Yozei. The emperor asked the master, “What happens to a Zen master when he dies?”

“But you’re an enlightened master!” said an incredulous Go-Yozei.

I mistrust doctrines and myths that are sure about some afterlife. So the traditional Neopagan idea of Samhain as a time when this world is closest to some sort of “next world” doesn’t speak to me. Yet at the same time, this transition of the seasons is clearly, all metaphysical speculation aside, a liminal time.

So I don’t have this season figured out at all.

But this year there’s only one matter front and center in my mind: my mother is not dead.

It has been a very close call. A few weeks ago she was given just a twenty percent chance of survival. And one of the things going through my mind was the question of how I would deal with Samhain in the immediate wake of a dear one’s death.

That has not come to pass. While a long and difficult recovery lies ahead, she survived the ordeal.

But I have been spending a lot of time in the hospital these past weeks. And it’s occurred to me that the hospital is a liminal space: between life and death, illness and wellness, joy and sorrow. A temple to shining Apollo and to Yakushi, the Medicine Buddha; but also a place of death and dying, of the ferryman Charon and of the Bodhisattva Jizo who descends into hell realms. People are healed here but people also die here.

My mother is in a liminal space. She walked up to the borderline between life and death, turned around and is coming back to us. But it is still a shadowed path. Sometimes she sees me and other visitors here, but sometimes she looks right through us to some other place.

She has been unconscious much of the time, and too weak to speak when she is awake. I recall stories of shaman’s initiations that involve them being struck down by illness, like the twelve days that the Oglala Sioux holy man Black Elk lay near death as a child, having a great vision. Who knows what Mom will have to say when her strength returns?

Perhaps she will recall none of it. But if she does return with something to say about the shadowed realm, I do not think it will have much to do with black cats and cobwebs and jack-o-lanterns and the other traditional trappings of the season. 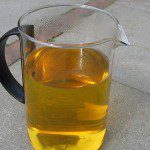 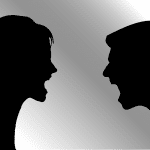 October 31, 2016 Your Politics Are Awful. Now What?
Recent Comments
0 | Leave a Comment
"Wow, that was powerful.So sorry for your loss, it stays hard.Ancestor work is complicated. I've ..."
WildestSea Parental Death, Ancestor Work, And The ..."
"You are a liar, a fascist, and a traitor. Get out of the USA now. ..."
Herbert Skaggs The Pathetic Life And Death of ..."
"HAAAA!!! Still think so? They're all proven to be fascists and racists, itching for insurrection ..."
Herbert Skaggs The Pathetic Life And Death of ..."
"I did read your article - I was trying to reply to kenofken but it ..."
amylynn1022 What We Owe The Babies
Browse Our Archives
Related posts from The Zen Pagan