Why Fascism Is Bad

My little social circle within the Baltimore art and music community has been shaken the past few days by the revelation that one of our member’s romantic partner is an alt-right white nationalist and a friend to fascism. Sadly, when this came to light and our friend was caught in the cognitive dissonance of loving a fascist, she started trying to justify fascism as, in her words, “simply a system that consolidates power towards cultural goals.” Love makes people stupid sometimes.

Unfortunately this couple are not the only folks drinking the alt-right fascist-aid. My friends, it seems American politics has degraded to the point where we actually need to review why fascism is bad. Obviously that is a topic than could fill volumes, but let’s see if we can come up with a useful summary here.

The defining characteristics of fascism are that is it is authoritarian, nationalist, and anti-rationalist. As an authoritarian system it is opposed to individual rights and individual worth. The individual exists only to serve the system — this is the symbolism of the fasces, one reed breaks easily but a bundle is strong. Rather than seeking to empower the individual, to help each person reach toward excellence, fascism makes the individual a faceless member of a mob.

Except, that is, for the Great Leader. Fascism is based on a dark romanticism. While romanticism has its bright side — in Why Buddha Touched The Earth I discuss how Romantic literature was ancestral to the Pagan revival — it can also be abused to turn people against rationality, to make them think that reason is unnecessary rather than helping them see that reason is necessary but not sufficient. Fascism creates a romantic tale of a people struggling against a foe; at their head, a Great Leader who embodies the divine order of the cosmos, a divine order than has been disturbed but will now be set aright. The allure of fascism is that you, friend, can be part of that glorious struggle! Join our Great Leader, let some of his cosmic energy fill you up!

That struggle requires an enemy. As a nationalist system fascism includes some persons and excludes the rest, and those excluded are the enemies. The Italian Fascists and the Nazis used ethnic nationalism, racism, and antisemitism to do the including and excluding, but really any us-versus-them dynamic would do.

Fascism seeks the total mobilization of society under that Great Leader — nothing held back, everything devoted to the cause. Anything less might leave space for reason to spring up; a constant state of crisis keeps the rational faculties submerged. And so the fascist state must continually find enemies to fight. It can never be at peace.

And that is why even if you don’t care about individual rights, even if you don’t care about human rights or democracy or egalitarianism or rationality or any of the other gifts of Athena that we have neglected so badly, fascism still fails. A fascist state will eventually be forced to make enemies out of some part of itself — to eat itself. It cannot last. But it can certainly do a lot of damage before it falls apart. 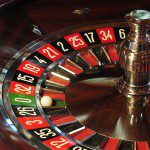 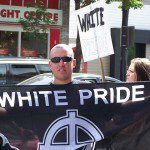