Kenny Klein And Jerks In Your Lineage

Kenny Klein And Jerks In Your Lineage April 26, 2017 Tom Swiss

Kenny Klein, a well-known (at least in some circles) Wiccan priest, was recently convicted on child pornography charges. This has caused some consternation among my friends in Blue Star Wicca, the tradition that considered him a respected elder.

Before discussing this, let me stake out some general territory so that I m not misunderstood here. I have zero tolerance for the sexual abuse of children. Or of adults, for that matter. And that’s not just a theoretical position, as a martial arts instructor I teach student how to do terrible things to the bodies of people who try to abuse them.

On the other hand, moral panics make me itch. The way in which teens are charged with child pornography for sexting, people are charged over innocent family photos, and law enforcement is often responsible for sharing images of child sexual abuse, demonstrate that we have some issues with the way we handle this problem.

But none of these caveats seem to apply to Klein’s case. And not only has his story changed (from “I was doing research” to “someone planted these to get revenge”), undercutting his defense, but allegations that Klen himself molested children have come up. (Though he was not charged or convicted on those allegations; and yet, the testimony of these (alleged) victims was allowed to be part of this case. That does make my due process lobe itch a little bit.)

I knew Kenny Klein a little from the festival scene. We had a small (very small) running joke for a few years about swapping roles as Bardic Circle host between the Free Spirit Gathering and Starwood. He once asked me to introduce him as “the world-famous Kenny Klein” when I was MCing the concerts at FSG; I tried to take it as a joke, but was never sure.

I never saw him behave abusively, but then I’m not in the demographic he was apparently abusing. That’s an important point: the typical rapist or molester is not someone hiding in the bushes or driving around in a windowless van, nor are they ordinary people who are confused about consent and just need a little cultural reconditioning. They are deliberate, well-camofluaged predators. (Consider Bill Cosby. Heck, think of Donald Trump and Bill Clinton.)

Since his conviction, I’ve seen several people in the Blue Star tradition comment about how it made them unsure of their spiritual practice. In contrast with the abuse scandals of the Catholic Church, there is not an allegation of an institutional cover-up (since like most Pagan groups, Blue Star isn’t (yet?) that much of an institution!), but the general ick of finding out that your teacher or your teacher’s teacher is a nasty person has caused some distress.

So the question is, how do we define ourselves in relationship to these jerks in our lineages?

If we see our spiritual selves primarily as products of a lineage, as inheritors of a chain of succession from some original teacher, a la the Apostolic succession of Catholicism or the dharma transmission of institutional Zen, then any imperfection along that line is reflected in us. We are sullied by the actions of those who have gone before. The chain gets broken before it reaches us, and so whatever juju we thought we got must be counterfeit, or at least impure.

And some people do seem to view matters this way. But it seems strange to me. We don’t think of our biological families like that. My maternal grandfather’s racism is not binding on my mother or me. Heck, family lore has it that one of my mother’s mother’s ancestors was an Italian pirate who raided an Irish coastal village and became an ancestor via rape, but no one would suggest that this deep character flaw was passed along my biological lineage.

Perhaps that’s because of the mixing and branching nature of biological reproduction versus a single line of succession, that any one ancestor represents only a fraction of our genetic inheritance and that we can (we hope) choose to maximize the good parts of our ancestry and downplay the bad. Whereas if you believe that some truth or spirit or energy has been passed down from its originator, it takes only one asshole in the chain to mess things up.

To me, this seems an excellent argument for diversity and pluralism in our practice. Monoculture is vulnerable to blight.

I am not an expert on Blue Star, or on Wicca in general. But from what I know, Blue Star has been an explicitly eclectic and flexible tradition right from the start. I would advise any of my Blue Star friends who have been upset by the revelations about Klein to focus on the diversity of their ancestry, and to consider how we each have the opportunity to re-shuffle our inheritance. 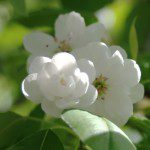 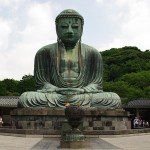 April 29, 2017 A Call To Inaction
Recent Comments
0 | Leave a Comment
Browse Our Archives
get the latest from
The Zen Pagan
Sign up for our newsletter
POPULAR AT PATHEOS Pagan
1