The tides of the internet are strange, and today they have washed up a Twitter-wide discussion of The Last Jedi, the 2017 Star Wars movie that is the second installment of the sequel trilogy.

At issue is a scene where Yoda seems to burn the sacred Jedi texts. Actually it’s Luke Skywalker, believing he has failed and deciding to end the Jedi tradition, who first sets out to torch the books. He hesitates, and the Force ghost of Yoda finishes the job:

LUKE: I’m ending all of this. The tree, the text, the Jedi. I’m going to burn it down. (He walks towards the hollow tree that holds the books, raises a torch, and stops. He lowers the torch.)
YODA: (Gestures, uses the Force to cause lightning to strike the tree and start a fire.) Hmm. (laughs) Ah, Skywalker. Missed you, have I.
LUKE: So it is time for the Jedi Order to end.
YODA: Time it is. For you to look at a pile of old books, hmmm?
LUKE: The sacred Jedi texts!
YODA: Oh. Read them, have you?
LUKE: Well, I…
YODA: Page-turners they were not. Yes, yes, yes. Wisdom they held, but that library contained nothing that the girl Rey does not already possess.

This is a double entente on Yoda’s part, as we see later that the books were not actually burned but that his student Rey has them. But it also speaks to the way that a living, breathing, embodied tradition is more important than wisdom that sits unused in books no one reads.

The root of the Twitter discussion was someone complaining “about how the movie feels about old books/traditions. What makes the Jedi compelling is that they’re an ancient order with powerful esoteric knowledge and the movie is like ‘LOL, nope!'”.

Now there are two things I want to point out. One is strictly intra-Star Wars: in the prequels, we see that the Jedi are not actually all that wise. They are a snooty bunch of aristocrats who only accept new members whom they can indoctrinate from a young age. Their failures led to the Republic’s fall, so their “powerful esoteric knowledge” actually wasn’t all that great. For Luke to think that Jedi as they were should be abolished, is absolutely consistent with the series.

But more significantly I want to look at a mythic parallel here. Star Wars is heavily influenced by the mythology of the samurai; and the philosophy of the samurai was Zen.

And one of the most important figures in the history of Zen was Hui Neng, the Sixth Patriarch, who gave Zen much of its distinctive flavor, and who is famously painted tearing up a sutra, one of the sacred texts of Buddhism.

Now, Hui Neng’s biography seems to have been heavily re-invented, due to arguments between the “sudden enlightenment” and “gradual cultivation” schools of Zen, and possibly also due to court intrigues surrounding the Empress Wu. So any claims about him should be taken with salt.

But the legend is that Hui Neng was an illiterate peasant from rural southern China. As a boy, he heard a man reciting the Diamond Sutra and set off to study under the Fifth Patriarch, Hung Jen. He showed more enlightenment than the more refined and literate Northern monks, who didn’t accept this rural bumpkin. He won a poetry contest (!) and was named the Sixth Patriarch in secret; fled back south to avoid the wrath of his more urbane colleagues; and hid out in the back country for years.

In his teaching he put an emphasis on “sudden enlightenment”: the idea that it is not enough to study the texts, follow the rules, and meditate. A direct mystical experience is necessary. This experience is the “satori” for which Zen is famous.

But even though he famously de-emphasized the study of the sacred texts — the reason he is painted as tearing them up — he created the Platform Sutra, one of Zen’s sacred texts. Paradoxical, this Zen stuff.

I don’t know if Rian Johnson was familiar with this legend or not, but the resonances are worth considering. The texts have value, but it’s secondary to the living experience, and a tradition must engage in a certain amount of auto-iconoclasm to keep the texts, theory, and symbolism subservient to that living experience.

September 23, 2021 A Sigil For Letting Go
Recent Comments
0 | Leave a Comment
Browse Our Archives
Related posts from The Zen Pagan 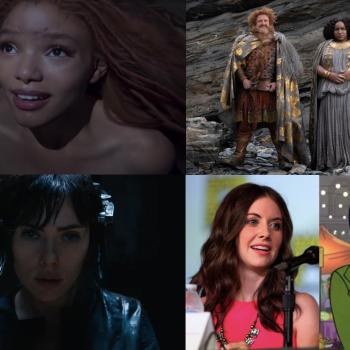 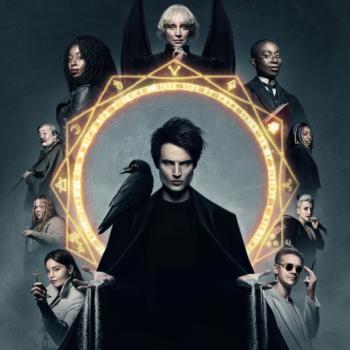