Several months ago, a student wrote: I am ready now to commit to sitting at the altar daily, but it still bothers me that in times of stress and challenge, I scale my practice back, just when I need to be doing more.

I responded: Good for you for re-committing. Scaling back when we need more is pretty common. It is good to notice the tendency and then ask ourselves “what is one thing we can do to feed our practice so it can support us?” That way, rather than giving up completely, we may say “I will sit at my altar, light a candle, breathe and center. After three minutes, I can go about my day.” This eases up on the struggle to “do it all or do nothing” which so many end up in.

How many facets of our lives succumb to “all or nothing” thought or action?

There’s a phrase from the overculture: “Go big or go home.” I get that this is supposed to be inspirational, and perhaps it is to some of you. But for many of us, this sort of thinking infects us with the pernicious belief that on days when we feel tired or overwhelmed we just aren’t good enough, something is lacking in us, we can’t “go big” and so we should just give up entirely.

We can show up at our altars. Sit in stillness and silence. Get some exercise. Make that phone call. Send an email. Commit to showing up at the planning meeting. Have the hard conversation. Let our city council know what we think.

We can put a small crack in the facade of toxic normalcy. 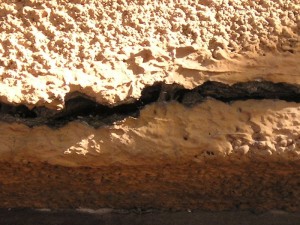 Here’s a story about just this sort of thing:

Yesterday was a cascade of small interactions: I had errands to run downtown. One stop was to a small, local bank. As I spoke to the banker, I noticed the windows behind his desk were gone, replaced with plywood. It was obvious they’d been broken in recent protests – whether by agents provocateurs or distressed protestors is less clear. We didn’t say anything about it, but as I rose to leave, he quietly said, “I like your button.” My button, with the photo of Alan in his white tux, and the words, “No Justice, No Peace.”

I touched Alan’s face with my fingers and replied, “He was killed two years ago by the Oakland police. 18 years old.”

“What was his name?”

Then it was on to get a pay-as-you-go phone to use as a business line. The first shop couldn’t use the old phone I had, so I went to another, also with boarded up windows. As I waited, a clerk and some customers began complaining about protestors: “I don’t know what they think they are accomplishing, they’re just causing all these disruptions!” and the clerk escalated the conversation in ways that were less than polite. I approached them. The other clerk, who’d put my name on a waiting list said, “Thorn, you’re up next!” I replied that I would be leaving because I didn’t want to give money to a shop where the clerks were denigrating protestors. That I supported the protestors. Her jaw actually dropped.

Walking out, I returned to the first shop, where they were surprised to see me, and told them why I was back. The clerk and I had a long and fruitful conversation as he helped me. He admitted to me that, despite being Black, he hadn’t been too aware before, but recent events had woken him up. And he has a child now, whose future he has to think of. I told him that his company sponsors militarized police training, and what can we do about it?

Why do I relate this story? Because these were just ordinary interactions with other human beings. There was no “go big or go home” in any of them. In the course of running necessary errands, I spoke to the people around me about what felt important.

We all too often think we shouldn’t speak about what feels important unless we are on a soapbox or standing in the middle of a crowd.

We are loathe to disrupt the status quo. We’re taught not to.

The thing you may not know about me is that I am an introvert who would rather spare my energy in common social interactions and my childhood trained me toward co-dependency and conflict avoidance. So speaking uncomfortable truths does require effort on my part. But it is one small thing I can do.

This essay started with spiritual practice and segued into justice.

The point here is that the status quo – whether in our internal states, in small communities, or a larger, public sphere – can often use disruption.

Sometimes disruption comes through solidarity with others, and looks big. But it doesn’t have to be.

Disruption can be us saying, through actions and through words, “I am here. How can I help?”

What within or around you needs disruption right now? What needs re-commitment?

Whether it is personal spiritual practice, community building, or justice of all kinds, we can stop thinking “Go big or go home” and start thinking “What is one thing I can do today?” 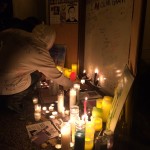 November 25, 2014
An Open Letter to White America
Next Post