The Greater the Relationship

“The greater the relationship, the fewer the rules.”  I read that phrase many years ago and it has stuck with me since. The truth of it reverberates deep inside me.  I see it play itself out over and over.  In situations of loving trust, few rules are needed.  But when trust begins to break, when one party no longer believes the best of the other, when intentions are questioned, the rules start to mushroom.

The financial markets are facing the disastrous revelation that Bernie Maydoff lost his investment clients over 50 billion dollars in a giant ponzi scheme that finally collapsed.  The big issue is that so many trusted this man who turned out to be a creep and a thief. This, as much or even more than the loss of money, exacerbated the anguish.  The result will be lowered trust, more requirements, rapidly multiplying outside regulators with heightened invasive powers, padded bureaucracy, bigger policy manuals, lessoned joy, and no delight in unexpected friendship for there will be no space for it to form.
Same thing happened after 9/11.  While airplane flights had long ceased being comfortable and privileged ways to travel, suddenly it became necessary to nearly disrobe in order to get through security.  The latest technology in scanning equipment effectively strips the body of all clothing, giving the screening personnel x-ray vision, kind of like Superman, as the people walking through the equipment are seen unclothed.  Sadly, there have been few protests.  The horrifying intents of a few have meant all of us pay the price of having to obey increasingly burdensome and intrusive rules along with lessoned freedom.
In the church, because of the despicable actions of a tiny percentage of clergy, nearly all of us who are seeking to enter the ministry endure years of investigations, interviews, reports, background and credit checks and examinations.  The hurdles to ordination have become so burdensome that we have lost the talents of some of the best and brightest of our young people who have sensed a call to ministry.  It’s a huge loss to the church.
What happens in that public stage repeats itself in less public but equally as important private interactions.  Trust is lost in one relationship, so this lack of trust is then projected upon the next possible relationship accompanied by an often hidden list of “do’s and don’ts” that turn into mine fields of explosive possibilities.
What is most sad about this?  The increased rules just don’t solve the problem.  Schemers will still con people out of their money; terrorists will figure out new and more creative ways to wreak mayhem; slimeballs who masquerade as holy people will still prey on the weak and vulnerable.  We’ve solved nothing by layering regulation upon regulation on us. Government can’t save us.  The State makes a poor and ineffective Redeemer.  Policy manuals do not open the door to the kingdom of heaven.
There’s only one solution and that is the internal transformation that comes from relationship with a loving and holy God.  When that internal transformation is matched by an intentional choice to treat others with honor and graceful forbearance, then, and only then will goodness be able to penetrate and bring light to darkness. 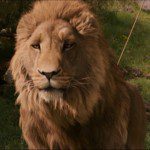 To Those Christians Who Say, "God...
The Official Blog of Benjamin L. Corey
Related posts from The Thoughtful Pastor