Japanese Sex Slaves and The Nature of Truth

Japanese Sex Slaves and The Nature of Truth May 15, 2013 Christy Thomas

Please read the quote below from the current mayor of Osaka, Japan, Toru Hashimoto.  He was speaking about the use of sex slaves provided for Japanese soldiers during World War Two.  Historians suggest that up to 200,000 Korean and Chinese women were forced into providing these services.

To maintain discipline in the military, it must have been necessary at that time,” Hashimoto said. “For soldiers who risked their lives in circumstances where bullets are flying around like rain and wind, if you want them to get some rest, a comfort women system was necessary. That’s clear to anyone.

OK, I’m hardly the only one objecting to such a statement. This story is all over the electronic news, although I stumbled on it accidentally in the print version of the Dallas Morning News today.

What I am is probably the most obscure commenter, and very likely the only one to use this as a way of entering discussion about the nature of truth.

Hashimoto, the author of this incredibly inflammatory quote, is being accused of whitewashing history. Here’s what I see: rather than simply whitewashing history, he is speaking what he needs to be true in order to continue to justify his current course of action and his belief system.

I don’t think we humans have an easy time of holding two very much contradictory opinions at the same time.  If one of our primary opinions is “I’m essentially a good person” then evidence of lack of goodness needs to be adjusted to fit the primary filter. So if Mayor Hashimoto wants to hold to the larger truth that the Japanese aggression, and the need for Japanese sex slaves, that led to the second world war was justified and necessary, then results springing from that just war need to be explained in light of the larger truth. That’s what we humans do.

The Nature of Truth

OK, now, to the main point:  the nature of truth.

I happen to hold to the view that there is such a thing as absolute truth.

I also hold to the position that I, in my very finite, extraordinarily flawed humanness, am not capable of understanding more than a tiny portion of absolute truth. I really do believe that the Apostle Paul had this one right when he was warning the squabbling Corinthian church about the necessity of long-suffering, self-sacrificing supportive love for one another. He wrote after discussing the nature of that kind of love, “for now we see in a mirror, dimly, but then we will see face to face. Now I know only in part; then I will know fully, even as I have been fully known .”

Frankly, I see what I want to see, and I have huge capacities to ignore what I don’t want to see. My office, as do most institutional offices, has a ceiling well wired and littered with those long, awful, unflattering, fluorescent bulbs. I never, ever turn them on. Instead, I have carefully placed multiple table lamps along with a floor lamp that provides soft, indirect lighting. 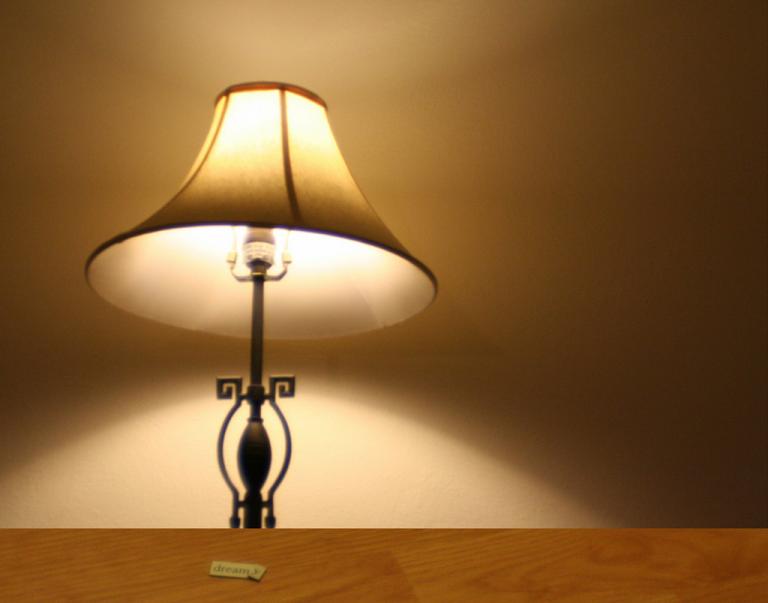 Why? Well, frankly, women of a certain age really don’t need to be in a place where harsh, overhead lighting predominates. It exposes things I really don’t want to see–both in me and in others.

When I hear someone say, “The Bible clearly teaches . . . ” with the understanding that if I disagree with the answer I am therefore tagged as “unbiblical” in my worldview, I have real problems.

When I hear someone say, “I KNOW this is true and biblical and if you don’t agree with me, I will refuse to stay in connection to you, ” I hear someone who is making a significant violation of what is pretty darn clear in the Holy Scriptures. Please understand, using my filters, I think our primary command is to love one another, to forgive one another and to stay in unity and connection with each other.

The wholesale, “I have correct doctrine and you don’t and therefore to h*** with you,” strikes me as profoundly unbiblical. Those are my lenses, that is my primary truth. But it is not the primary truth for many.

And this is what I see happening in The United Methodist Church, apparently primarily over the very complex question of full inclusion of those in the LGBTQ camps. Many responses strike me as profoundly unbiblical.

But, of course, that is my truth, and again, it is filtered through my lenses.

Most people I know want a tight, rigid line between truth and non-truth. They want a clear division. And some things are really clear. I’ve written a bit about the nature of evil here. But genuine disagreement is NOT evil. It is human. It drives creativity and dips into wells of passion that can bring about huge societal changes for the good.

Look at the history of racism and sexism, particularly through the eyes of those who want to stand firmly on biblical truth. Depending on one’s primary truth, and primary entry point into the interpretational challenges of the Bible, people have for centuries landed on radically different sides of these debates.

Much of the Christian world still does not see women as fully human, or as those who should exercise any type of spiritual authority. Those in that camp will say that they are profoundly biblical and anyone who disagrees with them has wandered away from revealed truth.

Let us go back to Mayor Hashimoto’s statement: very few readers of his comments will find them anything but utterly disgusting. But some people do agree with him. Some want that version of the truth:  it gives both comfort and justification for further actions that others will condemn.

Those who agree with him will or already have formed a group of like-minded people. They will reinforce each other’s views and decisions about such a controversial matter.  And their versions of the truth will be solidly cemented in their minds.

That’s what we do. Unless we happen to be those who are willing to say with humility, “God, Your will, not mine, be done.” That is the most challenging prayer of all to pray because it relinquishes control and leaves us open and vulnerable to the notion that we really might not have all truth and all knowledge at our fingertips.

Without humility, we are doomed to break apart. That is also the truth. And it is one we all need to heed.

Photo Credit: By Lemon A E (Sergeant), No 9 Army Film & Photographic Unit – This is photograph SE 5226 from the collections of the Imperial War Museums., Public Domain, Link

Ira Einhorn and the politics of...
slacktivist
Related posts from The Thoughtful Pastor