Denton Mystery Worship One: The Sound of Children

After attending multiple worship services this summer where children were excluded, it was a refreshing delight for me to be in one where children were obviously welcome and heard. A friend of mine, his two pre-teen sons, and I attended the 8:00 am Mass at Immaculate Conception Roman Catholic Church in Denton. The sounds of babies and small children in worship, along with the youth serving in leadership roles as acolytes, open the door to worship as a community act.

We chose the early English language service and as we drove up to the church around 7:45, we followed and were followed by a steady stream of cars moving into the ample parking lot. This is the first of five services on Sunday, following two others on Saturday. Approximately half the services are conducted in Spanish.

Not knowing anything about the large campus or where the entrances were–there is something about church buildings that often make main entrances quite confusing for some reason–we happily followed others exiting their cars, stopping briefly to read an inscription that spoke of the founding of the mission in 1890 that eventually led to the church there.

We picked up copies of the weekly news publication, and I immediately noticed the sensitivity to the fact that a great deal of this parish is composed of Spanish-language folks. The booklets containing the order of the Mass, prayers and scriptures for the week are also all printed in both Spanish and English. This is a powerful and important move toward a truly hospitable church, one acknowledges the cares for the community in which it finds itself.

The advantages, and disadvantages, of the standardized Roman Catholic service is that it is standardized–it’s going to look the same no matter the location. In that set format, I love knowing that all around the world others are hearing the same Scriptures being read, are singing the same Psalms, and are giving the same responses. In this way we honor the larger communion of all the saints.

The homily, of course, will be done differently depending upon the priest preparing and delivering it. In this case, it was The Rev. D. Timothy Thompson, who spoke on the Matthew 18:15-20 passage about reconciling with those whom we have harmed.

Using the horrific situation in Iraq with the ISIS terrorist/murdering cult as illustration, Rev. Thompson reminded us in his cogent nine-minute message that we have been the recipients of the mercy of God. When we chose to respond to the offenses of others with vengeance, rather than mercy, we short-circuit the whole process, a good thought on the need to offer forgiveness.

We, of course, did not go forward for the Sacrament of Holy Communion, as that is reserved here only for baptized Roman Catholics who have received their First Communion. Nonetheless, the moments spent on our knees as the rest of the congregation did come forward to receive was well-spent and a helpful discipline.Excellent.

One of the challenges of attending worship in a Roman Catholic congregation without ever having gone through a period of instruction, for adults known as the Rite of Christian Initiation, is that if you don’t know how the service proceeds, you won’t know how it proceeds. It takes a bit of work and some extensive background in liturgical language (words like: Penitential Acts, the Kyrie, the Gloria, Responsorial Psalms, Eucharist, etc, all coming from the Latin of the long-standing Mass), to actually be able to follow the service well and to be able to be on top of the congregational responses. There were no screens or easy-to-follow bulletin laying this out, nor were there verbal instructions to guide the worshippers.

The two pre-teens with us, although perfectly behaved the entire time, later did pronounce the service “boring.” And I suspect it is because much of it was  incomprehensible to them, not because they don’t have the mental capabilities to understand it, but they don’t have the ecclesiastical background. The words and rituals were simply foreign to them, but intensely comforting to those who have them well internalized.

In a church that size, I suspect it is impossible to know those in attendance who had not been there before. Although someone did say “hello” to us as we walked in, we were not otherwise greeted other than the time we did pass the peace to one another during the Eucharistic liturgy. It did not feel unfriendly, just a bit remote, and a quiet sense of being somewhat disconnected from the rest of the congregation.

As we walked out, my friend and I noted that we were glad we had chosen this place for worship on this day. We felt rich in mercy and forgiveness and ready to face the week.

[Note: this article ran first in the September 12, 2014 print edition of the Denton Record Chronicle.]

After this article appeared in the paper, Father Timothy received numerous calls from his parishioners telling him about it and suggesting he read it. He did, and then sent me the nicest email thanking me for visiting and writing such a complimentary article AND for helping him see things that he was simply not aware of and would look into correcting.  This exchange simply confirmed for me what all these visits have suggested: we who swim in our own church waters have very little idea what those waters feel like to those entering for the first time.

Every church who has a mission of welcoming the stranger would benefit from something like this. Father Tim said he hoped I would do more of these–he also thinks everyone will benefit.

If you would be interested in having me do a “mystery worship” at your church, please contact me and let me know. 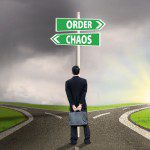