Reflections One Year Post Retirement: Out of the Christian Bubble

Reflections One Year Post Retirement: Out of the Christian Bubble December 19, 2014 Christy Thomas

As I walked through those doors, I saw my Christian bubble becoming thinner, far more permeable to the words and ideas of others, and less attractive to me.

Note: this is the first of a three part post. Part Two: Into the Sapphire Bubble is here. Part Three, From the Personal to the Public, the UMC Disaster, is here.

On December 29, 2013, I said “goodbye” to the very much beloved congregation in Krum, TX, where I had served since 2006.  Tears flowed freely–and I still miss them greatly.

But I had sensed a strong leading of the Spirit of God to enter into early retirement and devote more of my time to the other call, that of the writing life.

With awkward suddenness, a life that had been full of ministry and meetings, study and sermon prep, pastoral care and conference responsibilities, gardening and neighborhood friends became . . . still, and nearly blank.

I moved to an apartment in downtown Denton. I disposed of 2/3 of my possessions.  I started taking long walks and began to relearn how to breathe and find my own rhythms again, long buried under other important and urgent matters.

While waiting, while recovering from a level of exhaustion so deep I had been unaware of its constant drain on me, I resolved to walk through doors that might open for me and explore all possibilities.

An invitation to be the keynote speaker at the Denton Democratic Party fundraiser helped me into the world of politics. A growing acquaintance with the moving force behind the eventually successful vote to ban fracking within Denton City limits gave me a taste of civic affairs. Time to attend and write about the Thin Line Film Festival and the giant springtime Jazz Festival opened my eyes to the arts community here.

I found my circle of friends expanding, and discovered that my long-time religion column in the Denton Record-Chronicle made me a minor celebrity, with many wanting to meet me and be in conversation with me.

Promised airplane tickets from my children materialized and gave me several weeks both in London, England and in New York City, reveling in family love and cultural opportunities.

Another friend and I drove to Fort Collins, CO, and enjoyed the hospitality of a great friend there as well as opportunities to hike in Rocky Mountain National Forest.

Yet one more friend, hearing that I wanted to spend some time with my brother in Southern California, offered me the upstairs of her lovely condo for as long as I wanted it. She just happened to live about four miles from my brother’s house, in close proximity to long hiking trails and just 20 minutes from the beach.

During those weeks in California, my brother and I entered into the process of my becoming a kidney donor for him, again walking into unfamiliar medical territory of tests and delays and decisions out of my hands and control.

As I walked through those doors, I saw my Christian bubble becoming thinner, far more permeable to the words and ideas of others, and less attractive to me.

What finally popped the bubble, however, was a decision, spurred mostly by deep curiosity, to join an online dating service.

Yeah. I did it. And it was NOT E-harmony or Christian Mingle. Nope. Went for the wider world and joined Match.

I had been a singles pastor in the early 2000’s, about the time that online dating was becoming a greater force in connecting people, and church a less likely place to meet potential mates.  I cared deeply about my singles then, and now . . . as I was unexpectedly single again,  I wanted to know the world they faced.

I met some wonderful people–and certainly had interactions with those who were not so wonderful. Made some intriguing friends, and learned much about the essentially uncomfortable online world of the older single female and the far more pleasurable online world for the older single males. The latter are in great demand; the former, not so much, especially former clergywomen with multiple advanced degrees.

Late summer, however, one of those older singles males sent me an email, wanting to start a conversation. I looked at his online profile and knew I would never have contacted him had I seen it first. But I had made a decision that I would be polite and respond to all emails.

I agreed to meet him, mostly out of courtesy, but nearly canceled it an hour before we were to meet. Little in his profile seemed like a fit–he was too much older,  very conservative politically, with a south Philadelphia accent (think: Click and Clack, of Car Talk) and with an income gap too wide to be breached.

We are now into our fourth month of delightfully dating each other.

Part Two: Into the Sapphire Bubble

Part Three: From the Personal to the Public, the UMC disaster

December 17, 2014
Denton Mystery Worship Eleven: Reflections on The Messiah and Methodism
Next Post 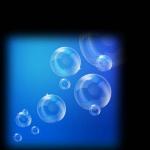