The Seduction of Young Men and Destruction of Compassion by the Neo-Calvinist Church Planting Movement February 16, 2015 Christy Thomas 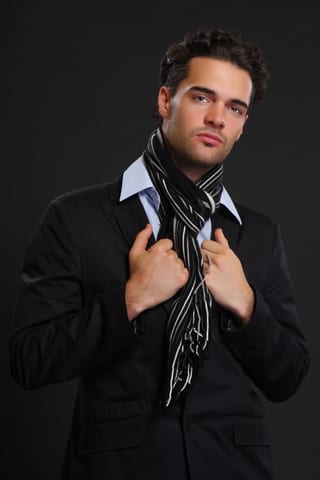 When the theology says, “You are a totally depraved human being. Nothing good can happen to you unless the sovereign God decides to grant you a blessing,” then those who are “blessed” find perfect justification to believe that the poor and disadvantaged deserve what they get.

When the theology says, “Men, you and you only are the ones who are worthy of leadership,” that religious environment becomes the perfect place for upwardly mobile (or hopefully upwardly mobile) younger man to attend, with his (generally lovely, often “smokin’ hot) wife and children in tow.

And that, in a nutshell, is my take on the success of the Neo-Calvinist church growth around the world. I’m particularly looking at the rapidly expanding Acts 29 Network of church plants as I have visited several of them in the last few years.

Mark Driscoll (see note at the end of this post), the fallen pastor of the Seattle-based Mars Hill church/industrial complex, may have been the most visible of the young, aggressive church planters affiliated with the Acts 29 Network of church planters, but he’s hardly the only one who draws (or drew, in his case) large numbers of young men into church.

The messages are compelling, the results envy-making, the theology repellant.

As I explore this phenomena, I want to state that I think life challenges for young men have grown exponentially in the last 50 to 60 years. Economic and role expectations that were both settled and societally supported, particularly for the baby boomer generation, have dissipated into nothingness. Fewer opportunities exist now to find employment that provides for marriage and children without the necessity of another wage earner. Furthermore, as women slowly master the terrain of industrial, legal, medical and financial success, men find their own way through that same terrain less smooth and assured and far more likely to result in inadvertent hidden land-mine explosions.

So when a certain segment of Christianity with leadership entirely made up of young, virile-looking, entrepreneurial males, says authoritatively, “God says that you are in charge, no matter what anyone else says,” well . . . of course this is the place to be.

Furthermore, when such theology also stands firmly on the concept that all humans are totally depraved and simply incapable of doing good so all goodness is external to the human condition, then, what does it matter about the suffering? After all, the sovereign God has total control and only the elect will be given faith to salvation anyway. (See the Acts 29 Doctrinal Distinctives here).

I have summed it up this way: The clean, slim, beautiful, fertile, straight, economically comfortable and white population love the idea of total depravity because the relative ease of their lives can only mean one thing: they are God’s favorites. However, if anything “bad” happens, they can rest assured that the totally sovereign God knew about this ahead of time so they don’t have to waste energy wondering if their God might actually cruel, punitive, capricious, or helpless. Nope. God’s just in charge. Evil can’t be explained, so don’t bother to question it.

I didn’t come to these conclusions lightly. I spent many years in that religious environment, and bought into that theological construct as the only possible biblically correct doctrine. When I finally had to leave, having essentially been kicked out when my life wouldn’t or couldn’t conform to the restrictions placed upon me as a woman, I found confirmation of world of grace that I had been seeking, particularly as taught by the theology of John Wesley. As a friend put it once, “I was a Wesleyan long before I ever read John Wesley).

So now, when I return to that world because of my work as one who writes this mystery worship column, I admit I see things very differently. I see the subtle pull of this theology with the promises, both overt and covert, that right belief will lead to orderly lives and human success. I also see the affirmation of manhood, the security of submission for the women, the support of corporal punishment for children (in his message on Sunday, Feb. 8, Matt Chandler talked about spanking one of his daughters. I have not viewed the day’s message put on YouTube here, but I assume it is still in there), the non-questioning acceptance that the Bible is inerrant.

In addition, all Acts 29 churches must subscribe to the statement of faith known as the Lausanne Covenant, which says that the Bible is “without error in all that it affirms, and the only infallible rule of faith and practice.” This is one of the reasons I worry about the Confessing Movement within the UMC that gives the appearance of being supportive of schism. My experience suggests that their stances fit very well with the Neo-Calvinist crowd, and they will call for much tighter confessional stances for all clergy within the UMC.

The longer I have been a Christian, the more I study the Scriptures and reflect on my years as a pastor, the fewer things I am able to state with absolute certainty although I choose to hold to the historic doctrines of Christianity. However, one deep certainty grows daily: We are called to be healers of the world, reflecting both compassion and hope on those who suffer oppression in any form.

Those among us who have much also have much required of us. We have been blessed for one reason: to be a blessing to others. To hoard blessing stops the movement of grace. To think we deserve blessing smacks of repellant arrogance. To use blessing to degrade another human being becomes darn near unforgivable.

[A note about Mark Driscoll: enough people finally complained about his unaccountable ministry, his plagiarism, his misuse of church funds to buy his tell-all sex book to the top of the New York Times bestseller list and his systematic mistreatment of those who disagreed with him and particularly with female staffers, that he finally stepped down from his bully pulpit in the fall of 2014. Driscoll, who famously called women “penis homes,” and routinely denigrated anything feminine, now states on his website that he is full of compassion for the oppressed, particularly women who are victims of sexual and physical abuse and assault. There is also a handy-dandy link available if you want to give money to him.]

'Prayer in schools' is almost never...
slacktivist
Related posts from The Thoughtful Pastor