Ten Commandments for the Political Season

I am currently cleaning up my blog archive. I wrote this in 2012. How little things have changed. Sigh.

Two weeks, two National Conventions, and the airways spew impossible promises, nastiness, low blows and the usual mud-slinging.  Yet both parties claim to be full of decent human beings and aiming for the most upright of principles.

Ten things I find useful to keep in mind.  Perhaps they will help others.

1. The President is NOT the Messiah or the Savior.  He (and perhaps someday, she) is and always will be an ordinary mortal with human limitations.  The President has minimal power to actually fix anything. Effective change in a nation this large and multi-layered depends upon the cooperation of many, including members of different political parties and stances. Rarely does that happen, except in the most dire of emergencies.  Which brings me to the second point.

2. Campaign designers must magnify anything that even looks like an emergency. The more dire the situation, the more likely voters will want some magical leader to solve the crisis.  Expect lots of horror stories about how bad the crisis of the day is and how the (opposite) political party is 100% responsible for the current problems.

3.  Manufactured dire emergencies depend on much spinning, partial truths, and outright lies to sustain. The hope is to whip people into an emotional frenzy. This frenzy leads to demands for simple and quick solutions to problems that have been decades or longer in the making. Ignoring the nature of complex systems which have at best multilayered and slow solutions, voters demand near instant results.  The fact that quick fixes generally lead to serious unintended consequences never enters campaign speeches, which leads to number four.

5. There is no such thing as unbiased reporting of political speeches or campaign events.  Just doesn’t exist.  Anyone who claims to be unbiased is full of self-deception. We’ve all got a point of view and that point of view determines what we see as truth and what we see as untruth.  For the sake of greater insight, let us all listen to or read the words of people with whom we disagree.  We might learn something.

6. What comes out of candidates’ mouths is extremely important.  Those words, both scripted and unscripted, reveal the real person always lying underneath the campaign polish. The words of Jesus contain timeless truths:  “The good person out of the good treasure of the heart produces good, and the evil person out of the evil treasure produces evil; for it is out of the abundance of the heart that the mouth speaks (Luke 6:45, NRSV).”

7. What comes out of our own mouths is equally as important and as highly revelatory of our own states of mind and heart.

8. It doesn’t help to shout at those (EVEN IN CYBERSPACE) who disagree with our political opinions.  Shouting never convinces anyone and leaves us looking foolish.

9. God has not taken sides here, though all will claim God’s favor for their platform. The Creator of the Infinite is bigger than this.  Of course the election matters, but the Kingdom of Heaven will continue to be all around us no matter who wins.  What matters is whether we are acting like citizens of the Kingdom of Heaven or the kingdom of hell.

10. Remember that disagreements make life interesting.  How boring to agree on everything.  Perhaps the gift of having free will to make decisions was indeed given to us in order that we might not ever be suffer such boredom.

February 4, 2016
When Theology Drives a Presidential Race, It is Time to be Scared
Next Post

February 8, 2016 Standing Up to Oppression: Will We Pay the Cost?
Recent Comments
2 Comments | Leave a Comment
Browse Our Archives
get the latest from
The Thoughtful Pastor
Sign up for our newsletter
POPULAR AT PATHEOS Progressive Christian
1 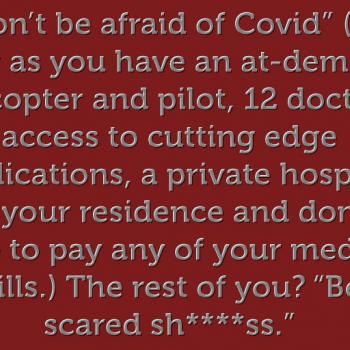 Progressive Christian
Something Broke In Me Tonight: "Don't Be Afraid...
The Thoughtful Pastor 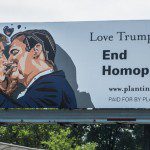 Progressive Christian
When an "anyone but Donald" is married to...
The Thoughtful Pastor

Ideas for Preaching Advent 1 - Mark 13:24–37
What's the point of dire apocalyptic warnings in Mark 13:24-37? If it's not...
view all Progressive Christian blogs
What Are Your Thoughts?leave a comment
Copyright 2008-2020, Patheos. All rights reserved.