Ask the Thoughtful Pastor: Can I use the Bible to convince my friends to vote a certain way?

Ask the Thoughtful Pastor: Can I use the Bible to convince my friends to vote a certain way? October 25, 2016 Christy Thomas 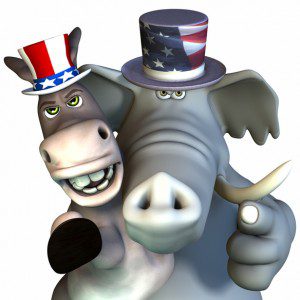 Dear Thoughtful Pastor: Religion has a very unifying effect on its followers.  Is it even possible to separate religion and politics (that govern our everyday lives)?  The Bible is used to justify every conceivable political position. But let’s assume one can separate the two. What is the mental process to do that?

If I can use some passage from the Bible to convince my friends to vote the way I want them to, how do I separate those two actions, and should I?

This is a fascinating mix of questions. Let’s start here: Can we separate religion and politics and, if so, how do we separate the two?

I would suggest that, in the US, it is not possible to separate religion and politics simply because we are a uniquely religious nation. Many see us as particularly blessed by God with a special mandate to fulfill. That mindset infuses politics with religious thought.

In far more secular nations, the question of “How does God want me to vote?” would probably not enter the consciousness of most people. Instead, voters might ask, “Which candidate is most qualified and who is most likely to bring to the table an agenda that I find palatable?”

To separate religion and politics, ask questions along that line and ignore any endorsements or condemnations made by anyone in the religious sphere. You also run the risk of misunderstanding what is actually happening, particularly when various religious leaders announce with confidence that “God’s Hand” is on their particular candidate.

Truly, religious faith impacts our politics in multiple ways. I’m not sure trying to separate the two is wise. Best to understand why some candidates get such enthusiastic religious support.

Which brings us to: “If you can use the Bible to convince your friends to vote a certain way . . . “, should you? 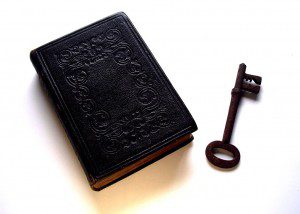 I suggest that those who want to use the Bible this way start by examining their presuppositions. Presuppositions are the decisions we make about how we will read and use the Bible, or any piece of information for that matter, but especially something as difficult to understand and as culturally remote as the Bible is.

I’m going to vastly oversimplify here, but let’s suppose for the sake of argument that we are all going to approach the Bible with the presupposition that it is truth.

Now, having identified that, we have to decide what kind of truth it represents. Here’s where the need to know our presuppositions gets fascinating.

One group of people who see the Bible as truth may concentrate on the biblical writers’ prediction of the future, particularly the end of the physical earth as we know it. The theological term is the “apocalypse,” the final set of battles between good and evil.

In the last book in the Bible, The Revelation to John, evil is utterly destroyed. Demons and their followers, i.e., anyone who does not believe in Jesus, find themselves cast into the pit of hell where they will suffer conscious, unending torment. True believers in Jesus inherit a brand new earth and universe.

People who use this as their truth launching pad may look for signs in current political events that say, “The world is very bad and the end times are near!” They may offer support for a candidate that will help tip world events into the final catastrophe and also give believers special hopes of safety.

Another group of people, starting from a different set of presuppositions to identify the primary biblical truth, may look at similar prophetic literature and see a call for greater justice and mercy in the world.

This group of truth-seekers note the many times that the Bible calls for people to welcome the stranger and to care for the most vulnerable and least able among us. They see the movement toward more social justice as the most appropriate biblical stance. They will camp on statements like those found in Matthew 25 where Jesus describes those who have fed the hungry, offered hope to the foreigner, and cared for the sick and the imprisoned this way: “Truly I tell you, just as you did it to one of the least of these, you did it to me.”

In this simplified scenario, the chances are strong that each side would support radically different candidates, both affirming the truth of the Bible.

So . . . if you want to use the Bible to sway the way your friends vote, you might want to expect considerable pushback as they work to sway your vote by their own biblically-based arguments.

My advice? State who you will vote for and why and feel free to use biblical justification for doing so. But don’t try to convince anyone of anything. It just won’t work and is a great way to lose friends.

[Note: a version of this column is scheduled to run in the Oct 28, 2016, edition of the Denton Record-Chronicle. The Thoughtful Pastor, AKA Christy Thomas, welcomes all questions for the column. Although the questioner will not be identified, I do need a name and verifiable contact information in case the newspaper editor has need of it. You may use this link to email questions. 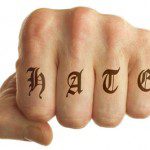 October 18, 2016
Ask the Thoughtful Pastor: Am I supposed to let someone hit me?
Next Post 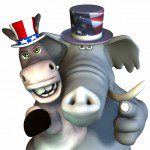 October 26, 2016 Voting edition of "When an 'anyone but Hillary' is married to an 'anyone but Donald'"
Recent Comments
1 Comment | Leave a Comment
"I have worried about wether i had forgiven my mom ever since i cut her ..."
Asterispitha Help! Can I forgive someone and ..."
"We are all a bit chipped like your cup...but some of these "cracks" are more ..."
Robert Limb The Cracked Cup In A Cracked ..."
"We shall overcome. Don't be discouraged."
Robert Limb And You Wonder Why: Musings On ..."
"No; she's bound and gagged in the corner."
Nixon is Lord Beth Moore And The Bible: It ..."
Browse Our Archives
get the latest from
The Thoughtful Pastor
Sign up for our newsletter
POPULAR AT PATHEOS Progressive Christian
1

Jesus on the mainline
slacktivist
Related posts from The Thoughtful Pastor