Could Diverse and Especially Female Clergy Be What Is Killing the UMC?

Could Diverse and Especially Female Clergy Be What Is Killing the UMC? May 30, 2017 Christy Thomas

A third reason the UMC is dying may be because of a thorny issue we don’t want to acknowledge: the decision to be more inclusive with ordination and especially bring female clergy to positions of highest leadership.

After a one-year stint as a professional Mystery Worshiper, I would say that the LDS (Mormon) web presence is possibly the least visitor-friendly site I’ve seen. LDS services are lackluster, noisy and unprofessional without much music and no technological bells and whistles.

The messages are shallow and amateur at best, the dress code rigid, the women oppressed, and the moral life of their founder sets the standard as a sex-obsessed charlatan.

A tiny group of old men, to who expect complete and unquestioned obedience, make all the decisions that affect the worldwide church.

And the Mormons (Church of Jesus Christ of Latter Day Saints) continue to show rapid growth and continued impact around the world.

By any standard, other than adherence to anything close to orthodox Christian theology, this is a thriving church.

Two things: organizational genius and a well-developed method of meeting one of the greatest of human needs: a sense of belonging both socially and spiritually.

The Mormon church is a tightly run, autocratic institution. The twelve Apostles and Prophets make all necessary decisions, including coming up with any new revelations about Mormon doctrine which can be pretty fluid.

No democratic process to slow things down. No general or local conferences where everyone might have a say in the decisions. It’s tight and clean, well-funded and efficient.

There are no paid clergy or staff at any location. Various councils meet periodically and assign roles and responsibilities to the members. These assignments change frequently. No one gets stuck in any particular service position for an extended period.

The Sunday messages consist of “testimonies,” usually two per week, about twenty minutes each. These are also assigned.

Each ward, a defined geographical area, has its own Bishop who stays in office for about five years. He oversees the functioning of the entire ward. The extremely time-consuming job of Bishop carries no financial compensation.

Buildings are functional, spacious, and utilized by several different wards. Because Mormons are required to tithe, massive amounts of money flow into the central offices. The Mormon hierarchy uses this funds for rapid and worldwide expansion.

I was unable to find any information about LDS finances on their official website, so I don’t know their yearly revenue. The Wikipedia article about LDS finances stated that “The LDS Church has not publicly disclosed its financial statements in the United States since 1959.” But they’ve got to be taking in billions every year.

Even without knowing the details, it is clear that such a structure frees the local gatherings from any fiscal concerns. Energy goes to building and expanding their communities.

Because the wards are arranged geographically, people attend services with those who live close to them. Children and youth see their church friends at their local schools.

There is no such thing as a mega-church where people come from extended distances for a worship show. They are there with their friends. Home groups are a piece of cake to set up. There is an active ethos of caring for one another. They are not alone.

No female clergy for the Mormons

From the time they are eight or nine years old, boys have an active role in the church services. They distribute the sacraments (pieces of white bread and cups of water) to the congregations.

Boys are ordained deacon at age 12, Young men can obtain full priesthood, the Melchizedek Priesthood, by age 18. At that point, they have the authority to give special blessings to family members and others and, under authorization of their presiding priesthood leaders, ordain other men to the priesthood.

The strongly encouraged two years of mission is the cornerstone of the community. Young men may begin their missions at 18.

The Mormons have just given young women permission to begin their years of service at age 19. Females used to have to wait until age 21. The older age limit effectively kept many from mission as early marriages are fairly common and very much encouraged among Mormons.

Those who go on the mission experience nearly total isolation from their families. The time way forces a deep enculturation into Mormon rules and regulations, doctrine and theology.

Above all, those on their mission learn to be obedient to their superiors in the church. It’s not an environment that they could easily leave upon their return.

It is also not an environment that teaches or encourages independent thought. Those years of mission would function much like initiation rites into fraternities or shared combat experience among veterans. It binds them tightly to one another and to the church which sends them.

Add to this the extreme secrecy that surrounds the Temple rituals and the theology that says unless a woman is “sealed” in a Temple marriage, she will not have a place in the Celestial Kingdom. The combination of the two creates high in-group cohesiveness with multiple social benefits.

People always have a group to offer support and friendship. Furthermore, by means of their missionary training, pretty well every Mormon knows how to explain the basics of their faith and invite others into the church.

Although the LDS church no longer condemns outright those who experience same-sex attraction, sexual contact of any kind may take place only after marriage. Marriage may only be between men and women. Hence, the younger age of many Mormon marriages.

The fear of leaving

Also, the LDS church can and does excommunicate members for thinking and speaking outside accepted faith guidelines. When one’s entire social and support community exists within the Mormon culture, the threat of excommunication carries significant weight.

Although the excommunicated can still attend services, they may not partake in the sacraments or participate in any leadership role. This active shunning practice keeps people in the fold.

According to the 2006 church leadership handbook “formally joining another church constitutes apostasy and is an excommunicable offense; however, merely attending another church does not constitute apostasy.” Anyone aware of these rules will be extremely hesitant to investigate other religious traditions and beliefs, although there do appear to be growing numbers of disaffected Mormons.

So about the UMC and this inclusive female clergy thing?

In the years of retirement from being a United Methodist pastor, I’ve written many analyses of various fast growing church plants. United Methodists are certainly not among them.

I keep looking for the commonalities and why we United Methodists, with our rich theology of grace, structures of accountability and important connection and more open arms are seeing such serious decline.

First, we’re fighting like cats and dogs over issues of sexuality which is really a fight over biblical interpretation. Fast-growing churches permit no discussion over fundamental interpretative issues. Either agree with what the powers have decided are right beliefs or get out.

Second, our bureaucratic structure is just about to kill us. We are incapable of making quick decisions. There are times when it appears that every single detail of every single proposal has to be debated by every single delegate at outrageously expensive conferences.

But a third may be the thorny issue we don’t want to acknowledge: the decision to seek diversity in ordination and especially to bring female clergy to positions of highest leadership.

Things change when women–or any previously oppressed group–take leadership roles. Our inclusive practices (unless, of course, someone happens to be the ill-defined “practicing homosexual”), may very much inhibit church growth.

I am speaking in generalities here, but want to start somewhere.

As a rule, fast growing church do not have female clergy.

Women show less interest in empire building–and that appears to be a major motivation in some of the fastest growing churches I’ve researched. Female clergy engage more in the healing of the world and with those on the margins.

Women don’t have as much access to the male-dominated uber-wealthy who often provide massive funding for the highly conservative, more rigidly dogmatic, churches. That limits the possibilities as well.

Now, these are just my initial thoughts.

I welcome all comments. I think we should talk about this.

Ultimately, I wonder if the question is: Do we want to have big numbers and lots of money and “success.” Or do we want to follow Jesus? Who, by the way, landed on the cross, abandoned by nearly all. 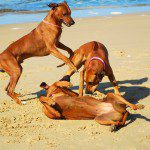 May 24, 2017
Wild dogs, babies and betrayed trust: why the UMC is disintegrating
Next Post 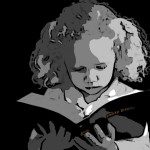