Correction: I included James McDonald as a member of this Advisory Council. I was wrong: he resigned in 2016. I apologize to him for including him in this list.

Unfortunately, the members of his religious advisory council apparently have no problems with outright racism.

Here’s the list of those appointed to the Religious Advisory Council. These are the religious leaders who supported Trump’s election and signed on to be Trump’s advisors in spiritual matters:

As far as I know, other than Richard Land who has taken a lot of heat all spring and summer for criticizing Trump, every single other person on this list has remained a consistent supporter of Trump. Now they stay silent as their Supreme Leader declares many the neo-nazis and the white supremacists to be good people. [A complete transcript of his remarks can be found here.]

This group of religious leaders has decided that God has placed Trump as POTUS. I often wonder if they would have said that God placed Hillary Clinton as POTUS if she had won the Electoral College votes. But because God has put Trump there, they have no right to lift their hands against God’s anointed one (1 Sam 24:6).

The possibility that they might have been wrong about their assurances of God’s approval of Trump dare not enter their minds. Their entire belief systems could crumble. They’d lose their huge followings. They might have to get jobs instead of just taking money from the pockets of their faithful and gullible followers.

We have before us a frightening and tragic scenario. On the other hand, perhaps this whole moral and leadership tragedy will finally open people’s eyes to the nature of those who make these kinds of absolute pronouncements in the name of God.

Or, of course, I could be wrong. Maybe God did place Trump there. Maybe this is the time to recognize that we as a country are indeed morally bankrupt and corrupt beyond all hope of redemption.

If that is the case, then we need to move toward national repentance. One problem with that scenario: our Supreme Leader, i.e., Donald J Trump, has never had a single moment of repentance in his entire life. He won’t start now. 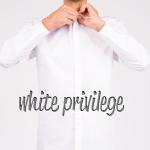 August 15, 2017
I swim in white privilege and there is no excuse for racism
Next Post 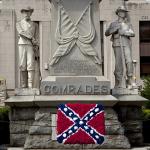 August 19, 2017 It's About Slavery Not State's Rights: Stop Putting Those People on Pedestals
Recent Comments
69 Comments | Leave a Comment
Browse Our Archives
Related posts from The Thoughtful Pastor