QAnon and Gullible Christians: The Devil Made Me Do It

The “Devil made me do it” becomes the theological basis for conspiracy theories. They are immensely comforting, thus the power of QAnon. 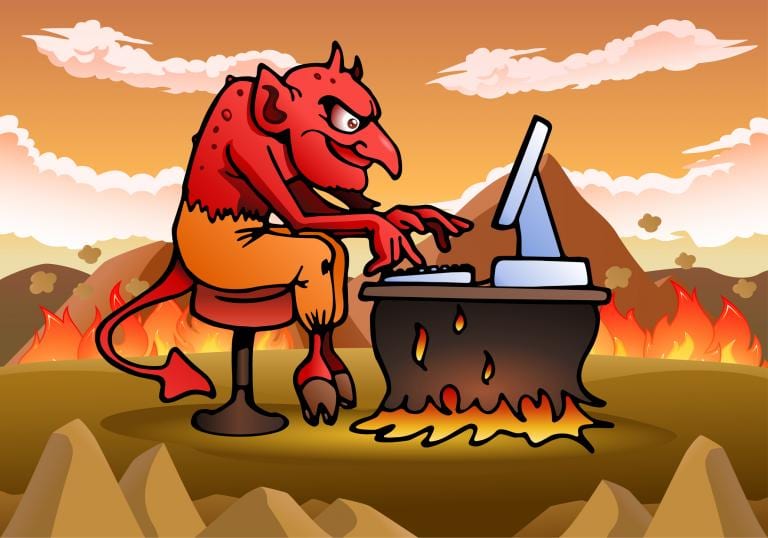 I’ve managed to ignore this whole QAnon conspiracy stuff, staying safely cocooned in my protected world of minimal TV news, selected world-class newspaper reading, and a lack of interest in knowing more. But, a Religion News Service article caught my eye–with its suggestion that QAnon theories were making their way into the Evangelical wing of Christianity.

Mark Fugitt, senior pastor of Round Grove Baptist Church in Miller, Missouri, recently sat down to count the conspiracy theories that people in his church are sharing on Facebook. The list was long. It included claims that 5G radio waves are used for mind control; that George Floyd’s murder is a hoax; that Bill Gates is related to the devil; that masks can kill you; that the germ theory isn’t real; and that there might be something to Pizzagate after all.

But wait, Satan is attacking!

Well, how about that? And the first thing that hit me is, “Why the surprise? Evangelical Christianity thrives on conspiracy theory.”

You see, the Devil stays alive and well and fully integrated into that part of the theological world. Something terrible happens to someone and the immediate response: “It’s an attack from Satan!”

You might take the time to read this piece about the theology of those who think those who oppose Donald Trump are the agents of Satan. Paula White, Mr. Trump’s spiritual advisor, has claimed that “infamous demon lords and hidden sorcerers were arrayed against Trump.”

These ideas arise from a core tenant of Evangelicalism: the Second Coming of Jesus is a literal event, that all the believers in Jesus will be “raptured” away while the rest of the world, i.e., those who are not true believers, are left for Satan to rule and destroy. Then the true believers, led by Jesus, shall return and rebuild it in their image. Jerusalem becomes the holy and eternal place for Jesus to reign. Too bad for the Jews and Muslims, by the way.

With this kind of theology underlying much of the Evangelical mindset, conspiracy theories made a great deal of sense. They become a way to control the narrative. If we can chalk up some mysterious things or the randomness of life to conspiracies, then as we expose the conspiracy for what it is, we gain control over the uncontrollable.

Think about these phrases often uttered by religious leaders: “You are suffering because it is in God’s will” or “you are enslaved because it is God’s will.” God becomes the “conspirator” and relieves humans the discomfort with evil and, again, randomness. Since the very theology of the Second Coming of Christ means immense suffering for those who are not true believers, it makes sense that God intentionally sends suffering to force us into compliance.

After all, the Devil made me do it!

I don’t want to plunge too far into the theological depths there, but these theories are grounded in the idea that there are dual, and essentially equal, forces at work in the world. God, for the good, and the Devil, for the bad. By naming the Devil, the Satan, as the source of all evil (the suffering God sends is somehow good), humans are relieved of personal responsibility for causing bad things. After all, “The Devil made me do it.”

The other, and equally damaging, side to “the Devil made me do it” theology is “God planned this out way beforehand. All you have to do is live into it. You do that by obeying your religious leaders.”

Again, we are dealing with two dueling forces arrayed against us, or, if you are one of the favored persons, for us. People are helpless pawns in their hands. The world, the cosmos, the spiritual realms are either for you or against you. Religious leaders, especially those in the Evangelical fold (note: I have a long background there and know what I am talking about) will seek in every way to convince people that their way is God’s way

Since they have the chokehold on God’s way, they will be protected from the wily snares of the Devil. Anything that doesn’t go to plan, or stands in opposition to them, then, can be attributed to those demonic forces, i.e., a conspiracy against them.

The comfort of a conspiracy

Conspiracy theories offer much comfort. People indulging in them have a means of labeling those they don’t agree with as a part of an evil cabal, out to get the “good” ones. The “good” ones think the same way we do. The “bad” ones don’t. Easy-peasy. Life simplified.

Indulging in conspiracy theories, including strong beliefs about Satanic influence in the world, frees people from having to consider the possible legitimacy of other viewpoints. Many find great freedom by neatly categorizing the world, again, as good, i.e., those on our side, and bad, i.e., those who are NOT on our side.

No energy is required to consider alternative ideas. And by labeling people “tools of the devil,” there is no need to expend good thoughts or hopes toward them.

Truly, life is hard and full of uncertainties. Bad stuff happens all the time and to be the best of people. The QAnon-type folks have found a way to make sense of what is often senseless.

So, yes, the evil and supremely powerful Chinese set out to ruin the world economy by setting loose the virus that causes Covid-19 and they’ve got a hidden vaccine to protect themselves. Oh, and the Dems are just pretending that there is a worldwide pandemic causing immense suffering to make you vote their way.

Yes, we can hide our immense jealousy of Bill Gates and his equally immense fortune and generous heart by turning him into a tool of the Devil.

Yes, the evil Dems who could not buy into the idea that God had chosen Mr. Trump as the man for this time thus have to be a cabal of pedophiles and cannibals. They can’t possibly be reasonable people worth engaging in discussion, after all, if they find Mr. Trump’s leadership and policies troublesome.

Do you see how it works?

Create your own conspiracy!

Conspiracy theories are actually a bit of fun to create and contemplate. I have often told people that the trees near our house conspire together in the fall to make sure ALL their leaves fall only into our swimming pool. Makes me feel so much better and slightly less helpless with the daily fall messes.

The wire hangers in my closet do indeed find ways to mate and multiply, and the paired socks intentionally unpair themselves in the dark so one can play hide and seek.

My kids haven’t called in a while? OK, they have gotten together and aired all their childhood grievances and decided to find a new mother.

Vacation planned and a virus/weather event stopped it? Clearly, God never wanted you to go to begin with and so enlisted the Devil to bring bad weather.

And don’t get me started with car keys–surely there is a secret cabal to help them move from spot to spot, just when they are most needed. Shall we talk about reading glasses?

As for frequently misplaced cell phones? C’mon folks: we all know secret software has been implanted in them that magically moves them into creative hiding places to raise our collective frustration levels. Plus causes brain cancer. 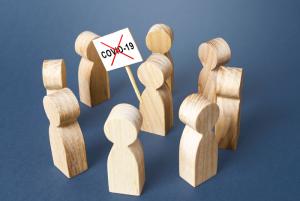 Hmmm. . . I wonder if I could get famous with any of these. I could found my own religion, tell people if they give to me, and never disagree with me. Then, I can protect them from such forces. I can get RICH. I can gain POWER. I can be GOD!!!!! YES!

Or not. I can recognize that the world is a complex and often treacherous place for most people and that we are all trying to make sense of it. My job as a Christian is to find ways to help all learn to swim in the forgiving, reconciling grace of God. To offer everyone the respect they deserve as those made in the image of God. To recognize that I am not the center of the universe and that science has something important, but not always infallible, to offer.

Furthermore, I can acknowledge that weather happens, that basic human nature drives people to gain power at the expense of others and it takes a rigorous, faith-driven discipline to see and move away from that tendency, that politics are always messy, that every party has its problematic people and platforms but that the push and pull is healthy and good for us and for the future of this nation.

I can acknowledge that, as a Christian, I can be humbly aware that I am not God, and that the first and most pervasive and destructive of human tendencies is become gods ourselves and take power that does not belong to us. Or, I can form a conspiracy theory. Take your pick. 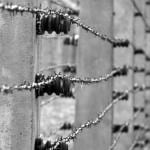 August 25, 2020
We Are All Going To Die: COVID-19 And The Imprisonment Of The Elderly
Next Post 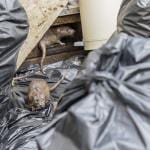 September 1, 2020 Essential Workers: The Lowest Paid And Lowest Status Among Us
Recent Comments
0 | Leave a Comment
"great article."
Brandon Roberts The Mending Kits Of Grace And ..."
"I read and re-read your "The Mending Kits of Grace And The Torn Pillowcase." Wonderful ..."
Nana Pannell The Mending Kits Of Grace And ..."
"Do some Christians really think forced conversions and violence brings the kingdom of God near?"
Harvey James Johnson My Morning Ritual: Pondering Religiously-Backed Genocide
"Huh, what?Not sure what point you are attempting to make. Does your reference to "strategic ..."
Keith Hunt My Morning Ritual: Pondering Religiously-Backed Genocide
Browse Our Archives
Related posts from The Thoughtful Pastor