The Lost Wilderness of Childhood

The provocative writer Michael Chabon recently published a marvelous essay called “Manhood for Amateurs” on the loss of what he calls the “Wilderness of Childhood” in the New York Review of Books.  In the piece, Chabon muses on the ways in which modern children have been robbed of the danger and wonder inherent in childhood exploration.

He writes of past days of freedom and adventure:

The thing that strikes me now when I think about the Wilderness of Childhood is the incredible degree of freedom my parents gave me to adventure there. A very grave, very significant shift in our idea of childhood has occurred since then. The Wilderness of Childhood is gone; the days of adventure are past. The land ruled by children, to which a kid might exile himself for at least some portion of every day from the neighboring kingdom of adulthood, has in large part been taken over, co-opted, colonized, and finally absorbed by the neighbors.

Chabon recounts a startling story of two neighboring children who have never met one another due to their cloistered childhoods:

We schedule their encounters for them, driving them to and from one another’s houses so they never get a chance to discover the unexplored lands between. If they are lucky, we send them out to play in the backyard, where they can be safely fenced in and even, in extreme cases, monitored with security cameras. When my family and I moved onto our street in Berkeley, the family next door included a nine-year-old girl; in the house two doors down the other way, there was a nine-year-old boy, her exact contemporary and, like her, a lifelong resident of the street. They had never met.

The whole piece is worth reading.  Chabon’s book of the same title, out next week, also looks like a great read.

There’s much to think about in this article.  Are we over-parenting?  Are we robbing our children of an important gift, the wilderness world where adventure, a little danger, and freedom wait to enchant and mature them?

I’m not sure.  I’m a young father.  I want my daughter to have a full and happy life.  But I also want to protect her.  I do sometimes wonder if our laments about the lost freedom of former days miss the fact that the world has become so much more complex and scary for parents.  Speaking without almighty facts or stats, we seem less innocent as a society now, less protective of children.  Many of us would love to set our kids free as we hear used to happen in former days, but there are many understandable obstacles in the way of a “liberated” childhood that some wish for.

I can say one thing.  I’m committed to not over-parent my children.  I want them to experience adventure, freedom, liberation, and a tiny bit of danger.  But fundamentally, I want to keep them safe, happy, and healthy.  In a modern world, we will have to work hard to reconcile these twin desires, trusting at all times in the providence of our great God, acting with all the wisdom and prudence we can muster.

September 26, 2009
Does Money Bring Happiness? Pro Athletes: No
Next Post 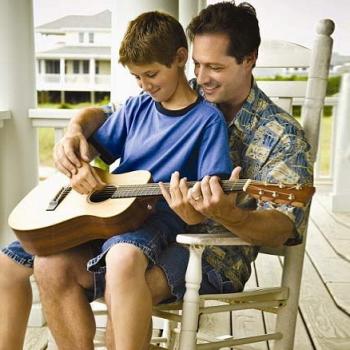