The Weekly Standard has published a piece by Steven F. Hayward entitled “In Denial: The Meltdown of the Climate Campaign” that is a must-read for thinking Christians and others interested in supposed man-caused climate change.

According to Hayward, F. K. Weyerhauser Fellow at the American Enterprise Institute and scholar of environmentalism, the consensus on anthropogenic climate change is crumbling, to put it mildly.  The Nobel Prize-winning International Panel on Climate Change is falling apart, as is the U. S. Climate Action Partnership.

It is increasingly clear that the leak of the internal emails and documents of the Climate Research Unit at the University of East Anglia in November has done for the climate change debate what the Pentagon Papers did for the Vietnam war debate 40 years ago—changed the narrative decisively. Additional revelations of unethical behavior, errors, and serial exaggeration in climate science are rolling out on an almost daily basis, and there is good reason to expect more.

The U.N.’s Intergovernmental Panel on Climate Change (IPCC), hitherto the gold standard in climate science, is under fire for shoddy work and facing calls for a serious shakeup. The U.S. Climate Action Partnership, the self-serving coalition of environmentalists and big business hoping to create a carbon cartel, is falling apart in the wake of the collapse of any prospect of enacting cap and trade in Congress. Meanwhile, the climate campaign’s fallback plan to have the EPA regulate greenhouse gas emissions through the cumbersome Clean Air Act is generating bipartisan opposition. The British media—even the left-leaning, climate alarmists of the Guardian and BBC—are turning on the climate campaign with a vengeance. The somnolent American media, which have done as poor a job reporting about climate change as they did on John Edwards, have largely averted their gaze from the inconvenient meltdown of the climate campaign, but the rock solid edifice in the newsrooms is cracking.

Hayward’s exhaustive look at the chaos surrounding the climate change movement includes far more material than this little blog can hold.  Here, however, is just a sampling:

The IPCC—which has produced four omnibus assessments of climate science since 1992—has issued several embarrassing retractions from its most recent 2007 report, starting with the claim that Himalayan glaciers were in danger of melting as soon as 2035. That such an outlandish claim would be so readily accepted is a sign of the credulity of the climate campaign and the media: Even if extreme global warming occurred over the next century, the one genuine scientific study available estimated that the huge ice fields of the Himalayas would take more than 300 years to melt—a prediction any beginning chemistry student could confirm with a calculator. (The actual evidence is mixed: Some Himalayan glaciers are currently expanding.) The source for the melt-by-2035 claim turned out to be not a peer-reviewed scientific assessment, but a report from an advocacy group, the World Wildlife Fund (WWF), which in turn lifted the figure from a popular magazine article in India whose author later disavowed his offhand speculation.

As I have written before, I have no dog in this fight from the start.  If humans are causing climate change, let’s work to stop it.  By all means.  Furthermore, as a Christian, I’m thankful for the attention this discussion has created in our circles about what is called “creation care”.  I have always hated littering, I don’t drive an SUV (or associate with those who do), and I love the outdoors.

On the other hand, I don’t like being sold a false–or even just hasty–bill of goods, and this whole deal has always smelled strange to me.  I of course have no scientific credentials to speak of, and my instincts could well be wrong, but the way that this cause, always seemingly built on shaky science, acquired “moral imperative” status in no time raised my hackles.

If you take the time to read all of Hayward’s piece–and you really should–you will find that, regardless of your lack of scientific knowledge, the climate change movement is an ideological and political nightmare.  From even the most amateur viewpoint, it’s based on weak science, unconnected links, unsubstantiated research, unscholarly research that was able to acquire scholarly status due to the moral nature of the movement, and much more.  The research hub of the project, the Climate Research Unit of East Anglia University in the UK, is in absolute disarray.  If you don’t believe me, read the report, replete as it is with backtracks, disavowals, and retractions from a coterie of high-profile scientists sympathetic to the cause.

While you’re at it, read Charles Krauthammer’s latest piece in the Washington Post, entitled “Onward with Obamacare, Regardless”.  Krauthammer is always provocative and punchy, and he offers this analogy for the president’s healthcare plan:

Imagine a bill granting every American a free federally delivered ice cream every Sunday morning. Provision 2: steak on Monday, also home delivered. Provision 3: a dozen red roses every Tuesday. You get the idea. Would each individual provision be popular in the polls? Of course.

However (life is a vale of howevers) suppose these provisions were bundled into a bill that also spelled out how the goodies are to be paid for and managed — say, half a trillion dollars in new taxes, half a trillion in Medicare cuts (cuts not to keep Medicare solvent but to pay for the ice cream, steak and flowers), 118 new boards and commissions to administer the bounty-giving, and government regulation dictating, for example, how your steak is to be cooked. How do you think this would poll?

Perhaps something like 3 to 1 against, which is what the latest CNN poll shows is the citizenry’s feeling about the current Democratic health-care bills.

Not everybody will agree with Krauthammer’s argument or with the angle of the first piece.  That’s fine.  But wherever Christians land on these points, it only makes sense to think hard about these issues to the glory of Christ. 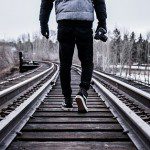 Evangelical
If Everyone's a Visionary, Why Do We All...
Thought Life 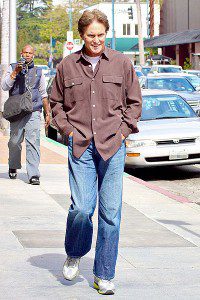 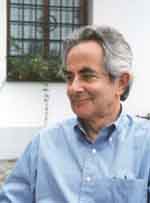 Evangelical
The 75-Year-Old Philosopher Causing a Ruckus in the...
Thought Life
TRENDING AT PATHEOS Evangelical