Linsanity Wanes: Why Are Jeremy Lin and Carmelo Anthony Struggling?

Howard Wolfson of CBS Sports breaks down the recent struggles of the New York Knicks, led by Jeremy Lin and Carmelo Anthony.  Here’s a snatch:

The idea that gets pushed around is that he’s selfish, which is hyper-simplistic and off-base. Anthony is not out there lustily chasing after field-goal attempts. He wants to win, but he also has a very specific skill set he feels helps his teams win. Operating in isolation, taking his man and scoring, is part of that skill set. OK, it’s about 80 percent of that skill set. With Lin taking over, Melo made a very strong showing of saying how this was Lin’s team to run, and that he was willing to adjust his game however necessary, despite Kobe Bryant pushing him to do the opposite, to keep gunning, essentially.

It hasn’t worked out great. Since returning from injury, Anthony has scored 125 points on 120 shots. Efficient that ain’t. He’s shot 40.8 percent from the field. He’s averaging 17 shots per game, which is down over one shot per game from his 2012 average, and down nearly three from this high last season of 19.9. To review, he’s taking fewer shots, hitting fewer and barely scoring more points than his number of attempts.

I like Wolfson’s detailed analysis, but I diverge with him in his assessment of Anthony’s attitude.  It’s not that Carmelo doesn’t play hard; he does.  But he plays hard when he has the best change of shining.  He puts a good deal of effort into his “isos” (his beloved, and disastrous, isolation plays on the wing), and he loves to shoot whenever possible.  He is a ballstopper, in short, and that is terrible news for a player like Lin, who works best when the offense is moving and the team shares the ball.

Carmelo is extremely–extraordinarily–skilled at something I don’t think he likes that much: off-the-ball movement.  I don’t get to watch many of the Knicks’ games, but in those I’ve seen since Anthony returned, my breath has been taken away by his cuts.  I don’t know that there’s a more devastating off-ball player in the NBA.  Carmelo is quick, he’s strong enough to knock his defender off his route, and he finishes at the rim.  So that’s the funny thing: the part of his game that is the strongest is not necessarily his favorite part.

Kobe Bryant, I think, has changed the NBA.  Your elite superstar no longer wants to share the ball as even Michael Jordan did (Jordan’s assist numbers were very good and higher than Bryant’s), but rather wants to show his single-handed dominance, his ability to destroy any defender that dares guard him one-on-one.  And make no mistake about it–Kobe Bryant is the best one-on-one player in the NBA, and probably in NBA history.  He has mastered the jumper under pressure, he gets to the rim when he wants (still!), and he has more moves than his defenders know what to do with (unrelated but fascinating fact: when my wife was a student at Moody Bible Institute, Bryant worked out at their gym and then attended a class at the school).

All this to make this point: Carmelo, as so many stars do, wants to be Kobe.  He wants to prove his dominance on the wing, to show that he is an incredible one-on-one player.  In his mind, in fact, I think he thinks he is this.  But he is not.  He is an okay “iso” player.  He gets much better when he lets the game flow, the ball move, and when he cuts with devastating quickness and strength to the basket.

The problems with the Knicks are not Lin’s fault.  He has an impossible task: to help steer a team whose best player misreads his weaknesses as strengths.  I’m personally hoping that Lin finds a team that will give him the ball, surround him shooters and agile big men, and let him go to work.  Give him a year and he will be a Nash-like point guard.

But keep pairing him with a ball-hogging shooter and he’ll struggle.  Remember, psychology matters hugely in sports.  Anthony is supposed to be a superstar.  He feels that pressure, and he is clearly affecting Lin by putting pressure on him.  Lin thrived because Anthony’s injury allowed him to play without pressure.  He needs a healthier environment to flourish, because he’s going to be tempted to defer and hesitate around players like Anthony.

Long live Linsanity–and could someone please forward this to Carmelo?

March 9, 2012
Gospel Shrewdness: Why Churches in University Towns Are Highly Strategic
Next Post

March 12, 2012 How Charles Finney Trumped Jonathan Edwards in America
Recent Comments
0 | Leave a Comment
"An excellent post about a wonderful and humble man (from the perspective of one who ..."
Spencer Robinson Giving Honor to Bruce Ware, an ..."
"Question for Owen. You mentioned 4 groups. But it seems there is another group that ..."
Daniel Michael Lynem Sr. What Does it Mean to Be ..."
"not simply that one "sees the comprehensive inequity of our social order and the corresponding ..."
mike daniels What Does it Mean to Be ..."
"He's describing how these deluded people see themselves."
R Craven What Does it Mean to Be ..."
Browse Our Archives
get the latest from
Thought Life
Sign up for our newsletter
POPULAR AT PATHEOS Evangelical
1 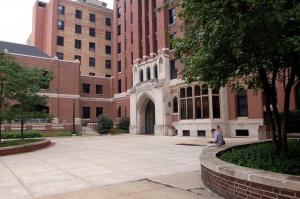 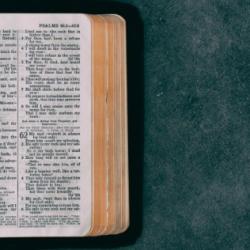