Is the Bible Anti-Wealth? No! 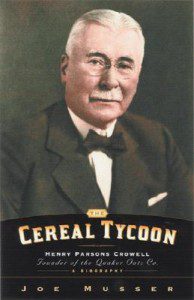 A few months ago, I wrote a review of David Platt’s Radical Together. I strongly commended the book. Here’s one major strength: its exaltation of and dependence on a sovereign, awesome God:

Platt wisely grounds human action in the sovereignty of God. There has been a great deal of discussion in certain circles over whether certain strands of theology kill missions. Is embracing God’s comprehensive sovereignty like a nail gun to the head when it comes to evangelism and discipleship? Not if Radical Together has anything to say about it. As the Bible does (see Job 38-41, for starters, or Isa40-48), Platt exalts a massive, awesome, authoritative, majestic God in his book. But he doesn’t end there. He knows that God is great and also good and so desires to extend his goodness to sinners. Platt therefore calls for holistic personal commitment to the Great Commission (see ch. 5).

God is using David Platt to help change the priorities of a whole generation of believers. That is truly remarkable.

I registered one concern with the book: that we not think that the Bible is anti-wealth. Actually, in some instances, wealthy Christians used their money to build up the church. Working off of 1 Timothy 6:17-19, I wrote this:

So Paul does not, in this passage, malign wealth, possessions, or even what you might call a “nice lifestyle.” We are tempted to look down upon such things, but it seems fairly clear to me that the biblical authors did not do so. In fact, as Richard Bauckham has shown in his book Gospel Women, wealthy women connected to the imperial court and possessing mind-bending wealth provided major funding to the apostles. It is not always right, then, for the wealthy (and, globally speaking, relatively wealthy folks like the American middle-class) to sell their homes and cars, or for churches to sell their buildings and end sports leagues. It might be. We want to feel that tension, in accord with Prov 30:8 (“give me neither poverty nor riches”).

There’s much to engage here, and I’ve only scratched the surface.

Evangelicalism desperately needs Platt’s laser focus on the gospel and missions. The church exists to make disciples for the glory of God, both locally and abroad. I would only point out that I think that wealth and philanthropy can actually be our friend here. In other words, if you want to apply the “radical” model–with its many strengths–I can think of few things more radical than using one’s wealth for gospel purposes. Maybe the most spiritual thing to do to support the promotion of the gospel is this: stay in your job, save and invest scrupulously, and keep pumping out money to support missionaries and pastors.

Here’s just one example of thousands we could give on this point. A forgotten man named Henry Parsons Crowell made vast amounts of money through the Quaker Oats company. Did he hoard it? Nope. He gave away 70% percent of his massive income and helped bankroll Moody Bible Institute, the school that Joel Carpenter has shown in Revive Us Again (Oxford, 1999) has sent out thousands upon thousands of missionaries in its century of ministry. Yes, every time you eat Quaker Oats, you’re paying masticular homage to a man who–merely by giving money–helped catapult the gospel all over the world. Read a full free book about this inspiring man here.

This is a testimony to what wealth, including but not limited to truly fabulous wealth, can do if committed to the Lord. It’s one of countless others we could share of evangelicals of great or small means who tucked money away not for themselves, but for the work of Christ’s church.

Let this also be said: beyond support of missions, I don’t think the Bible is against using money for other purposes, either: buying cars or houses or air conditioners or running shoes. Where, after all, are we going to draw the line on this issue–you can’t have indoor plumbing? You shouldn’t buy ground coffee beans from Starbucks? You’re in the wrong if you pay a photographer for family pictures? Where are such directives in Scripture? And wasn’t Job, for example, wealthy and prosperous as a sign of God’s blessing (Job 1, 41)? This is a pretty slippery slope, as one can see. It can lead to false guilt for leading a normal life. Platt has already given us all the foundational motivation we need in Radical Together: the greatness of God and the mercy shed abroad in the cross of Jesus Christ.

So Platt’s fundamental message is sorely needed and personally challenging: are you and I making and using money as if there is no such thing as the work of the gospel? Is the promotion of Christ in the 10/40 window to people who will never hear of him if we don’t send folks important to us? Do our church budgets reflect this reality? Do our home budgets?

Read Radical Together and Radical. Be challenged. Reorient your spending, even as you avoid false guilt. Homes, cars, coats, paved driveways, dark chocolate raisins, and good books are gifts of God. Let’s hear Platt’s sorely needed call and his powerful solution and subordinate all things to the kingdom of Christ and its advancement over all the earth.

January 11, 2013 The Giglio Problem: Triumph of the 3% Minority (When the Wealthy 1% Are Evil)
Recent Comments
1 Comment | Leave a Comment
Browse Our Archives
get the latest from
Thought Life
Sign up for our newsletter
POPULAR AT PATHEOS Evangelical
1

Can God Change the Past?
Roger E. Olson
Related posts from Thought Life