Christianity Today on the Seibert Controversy and the “Downright Unhealthy” Bible 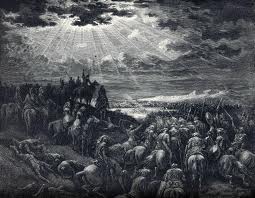 Christianity Today just joined the public conversation about Messiah College Old Testament professor Eric Seibert’s blog post on Pete Enns’s blog. Seibert, you will recall, indicated that the Bible has “immoral,” “objectionable,” “unsavory,” and “downright unhealthy” content. The title of the blog post says it all: “When the Good Book is Bad.”

Let’s be very clear: you can’t attack Scripture in much stronger terms than this. This is not claiming that there are “hard verses” in the Bible; this is the argument that the Bible is not trustworthy and not good in sum.

And that is the exact opposite of the Bible’s claims about itself (2 Tim. 3:16, 2 Peter 1:19-21 for starters). Whatever God says is right, is right. The Canaanite genocide, which Seibert explicitly mentions, is ordered by God as a just response to the wickedness of this people (Leviticus 18). God is morally above reproach; he forms light and creates darkness (Isaiah 45:7). He is not subject to some extrabiblical standard of morality, though he would pass all such tests if he were. He is God, and as God he is good and right and true (Psalm 100:5). His judgment is just, yet he is not disconnected from us, but indeed sent his Son to be judged for us.

Seibert’s claims place him in serious tension with the Messiah College statement of faith. Here’s what Christianity Today says on this point:

Seibert’s claims about the nature of Scripture are rare among professors at evangelical colleges, albeit not entirely new; the call for Christians to pursue an ‘ethical’ reading of Scripture has long been a fixture in some mainline circles. But the sentiment seems to be new in the Bible department of Messiah, one of the few Anabaptist colleges in the Council for Christian Colleges and Universities. Still, according to the school’s statement of faith, “God gives us the Bible as the inspired, trustworthy and authoritative Scripture to reveal God’s ways and purposes, to nourish our minds and souls, and to instruct us in how we ought to think and to live.”

Seibert has made similar claims before, most notably in his book Disturbing Divine Behavior—which also received criticism. (Scot McKnight called Seibert’s argument “at times Marcion-like,” referring to the second-century heretic who rejected the Old Testament.)

There is disagreement in evangelicalism about the nature of violence in the Christian life. I had a conversation not long ago with a godly friend who inclines the way of Anabaptism on this question. We had a great email discussion. He and I disagree, but he nowhere claimed that the Bible is “immoral” or “unsavory” or “downright unhealthy.” No doubt there are some who would agree with him, and who in adopting some form of pacifism would continue to very much uphold the full authority, trustworthiness, and inspiration of Scripture.

But this is not what Seibert is doing. He is subverting the faith of his readers and, I assume, his students. I don’t know what could be more problematic for a biblical studies professor than this. Remember–these aren’t my interpretations. I’m pulling direct quotations from his piece. He’s put his argument out there in public on a widely-read evangelical blog. He’s invited engagement; his unbiblical and spiritually dangerous argument deserves it.

It will be interesting to see how Messiah College responds to this. Will it take its own statement of faith seriously, as Steffan and Christianity Today pointed out? Or will it treat its confession as unimportant? Do professors at Christian schools need to abide by their doctrinal statements, or not? Is a statement of faith just a piece of paper with some well-intended but ultimately inconsequential thoughts, or does it shape the life and health of the students entrusted to the school by God?

Confessions aren’t for policing. They are for health. Doctrinal statements aren’t designed to punish, though that should happen if needed. They are intended to lead people to flourishing. In this doctrine, a school or a church says, you find the core of biblical teaching. This is what will give you life. This is what will bless you and lead your feet on sure paths. We offer this to you to guard you, protect you, and keep you. We will answer to God in some sense for your soul, and we are doing our utmost to shepherd you to glory.

It is therefore good and right and gracious when a school upholds its own standards and protects its students so that Satan cannot destroy them. And it is devastating when a school allows it standards to grow lax.

Will Messiah College leadership allow this to happen? We’re all watching and waiting to see.

With many others, I am praying that good will come from this, that error will be corrected, that the truth will be vindicated, that God’s Word will not be attacked but will be seen as right and true and without error and loving and good and life-giving.

And that students, young men and women who are put in the care of professors by their parents and churches, will thrive in Jesus Christ, triumphing over darkness and doubt and sin. 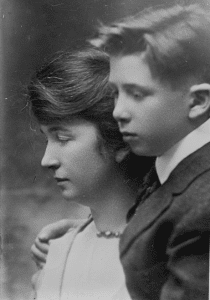 DAYBREAK
DAYBREAK At dawn it dawned on me Look up and see the...
view all Evangelical blogs
Copyright 2008-2021, Patheos. All rights reserved.
Close Ad