Your Neo-Pagan Neighbor and the Gospel

Your Neo-Pagan Neighbor and the Gospel January 30, 2014 Owen Strachan 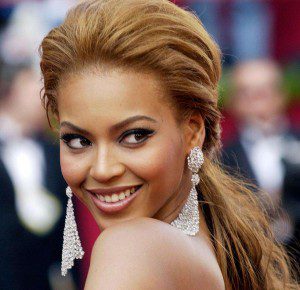 If you want to write a tsk-tsk piece on American culture, the present moment is your muse. It’s a bit bewildering, really, not only for an evangelical like myself but for most anyone who values traditional things.

We are all our grandparents now.

I didn’t watch the Grammys (much), but I’m more or less aware of cultural trends and developments. I can see where things are going. It’s right as a believer to be alarmed, saddened, and discomfited by the modern trajectory of the American soul. In all seriousness, feeling these things does not make you geriatric. It signals that you have a conscience, and that it is active.

But I do not come to bury our culture (for it may well bury itself). Rather, I write to understand it. And there are few topics that we need to understand more than how our culture is viewing sex. Some of what I say may be familiar. I’m not striving to be creative, really, so much as I am seeking to speak a true word so as to be able to engage folks around me.

Nowhere are modern sexual mores more evident than in pop music. Pop music today is not singularly occupied by sex, but nearly so. And not just sex generally, but increasingly sexual acts. I think it’s important for Christians who want to engage the culture well to know that this development is not merely owing to an aberrant way of life, but to a different worldview. I commend Peter Jones’s The God of Sex, a prescient and underappreciated work from a few years back. Jones helped me to see that many people today have, wittingly or unwittingly, adopted a pagan outlook on life. In our modern neo-pagan world, the body is paramount, sex is cathartic and even gives meaning to life, and there is no telos or purpose for sex and relationships.

I cannot help but think of these matters when I listen, as I infrequently do, to secular rap and R&B. I listen mostly out of curiosity and worldview interest these days. When I hear a singer like Beyoncé rhapsodize about her sexual relationship with her husband Jay-Z, I cannot help but think of neo-paganism. This is not to say that Beyoncé would sign a neo-pagan doctrinal statement; I’m guessing she would not.

It is remarkable, though, that a blissfully talented woman like Beyoncé would use her extraordinary vocal powers to sing about sexual activity. It is not merely her choice of topic that interests me, but the manner in which she sings about sex. Sex as she vocalizes it with such sheen and dexterity is cosmic, ethereal, all-uniting. It is delirium. It is intoxicating. It is more than everything, maximal reality. If you couldn’t understand her lyrics but could still hear her sing, you might think she was singing about the reason for living. But no, she is singing about the sexual act. In her hands, sex is the universal, the absolute truth of life.

So we see that modern neo-paganism is all over the map. Depending on who’s making the music, sex can be earthy to the point of grimy or elevated to the point of life’s meaning. In a post-Christian context sex is the particulars, the dirty details, and it is also the absolute, the one truth that makes sense of it all.

This is where people live today. They embrace a confused and even contradicting worldview, and it can be confusing to handle the various forms of sexualized neo-paganism. So, let’s ask: How is a Christian to respond? What are we to say? A few thoughts come to mind.

First, Christians have to know that we’re dealing with a different worldview (or mish-mash of them). Non-Christian friends who buy into the kind of sex-driven paradigm sketched above may cop to any number of religious or spiritual beliefs. Whatever else they put their trust in, they are at the very least syncretistic, believing neo-pagan ideas. They are reveling in the body and its pleasures, seeing it and them as the purpose and minute-by-minute rhythm of life. They’re not just living in sin, in other words. They are tapping into a very strong undercurrent in post-Christian American life, one that we can see from a distance but rarely name.

Second, Christians need to be clear about the goodness and the limits of sex. If we’re ashamed by sex, I suspect we will fail to connect with folks ensnared in the thought-patterns I’m laying out here. We must not be ashamed by sex. If we have been in the past, we cannot be today. What do I mean? Well, let’s be frank: God invented it, not Satan. God created it for our delight, not God-denying rebels from the garden. If Christians do prize modesty and chastity (two words that sound about as antiquated as dressing-gown and chamber-pot), we also celebrate God’s brilliant and gracious design. We’re not hedging, in other words, on the goodness of sex.

But we’re also clear: sex is not meant to give ultimate meaning to life. I would actually argue that pleasure and delight are why we’re on this earth, but pleasure and delight are preeminently found in God, not in any created thing or practice. No sensation or feeling is meant to lastingly satisfy us. In fact, sex in its very design cannot meet this natural human desire. God hard-wired it to not be a permanent reality, much as our pop songs and rap songs tell us otherwise. Sex, after all, naturally is connected not merely to marital happiness, but to children, and thus to self-sacrifice, love for others, virtue, and a host of other behaviors and truths.

And this is why an abortive culture is so necessary in a neo-pagan culture. If we glorify sex and pursue it without reference to virtue, teleology, or eventual care for others, then we will of necessity need to find a way to dispose of the unwanted fruit of sex (children). Because we have fetishized and become hypnotized by the sensation, we must dispose of the offspring that sex normally creates.

Against brilliant ethicists like Stanley Hauerwas, I would argue that the raison d’etre of abortion is not a consumptive society. The true creative force of the American abortion movement is neo-paganism. It wants sex without consequences because it sees sex and the body more broadly as, at the end of the day, that which gives meaning to life, which validates one’s existence.

Third, and lastly, Christians must also make clear that sex is indeed intended to speak a truth about meta-reality. The loving union of a man and a woman speaks to the marriage of the atoning Christ and his atoned-for church (see Ephesians 5:22-33). In terms that might make us blush, there is a unitive power to sex, and a cosmic truth that it speaks. But this truth is not its own. The act and sensation of sex, in other words, is not the end or greatest meaning of sex. Sex is part of the broader framework of marriage, which points us to the reason for the cosmos: God loving his people for all eternity and being not only seen by them, but delighted in by them, as Jonathan Edwards once said.

This, then, is where we find the telos and purpose of sex. This is how we come to understand that there is to be form and shape to a sexual relationship. This is how we recognize, against the pagan impulses of our pre-converted hearts, that sex must have limits, for at a much greater level, Christ limited his covenant relationship to his bride. This last precept brings morality, virtue, and righteousness into the equation. Sex cannot be whatever physical act we commit with whatever partner(s) we desire. There are boundaries, holy limitations, and the church’s covenantal God sets them and keeps them. He does so both for his glory and for our health, our flourishing.

When we hear modern songs and encounter modern media that fits the general category of neo-pagan, we need to see that this is not simply naughty behavior being spoken of. This is a worldview in direct opposition to Christianity, one that takes a good gift of God and twists it and misunderstands it. We find ourselves among body-worshippers, and we ourselves are tempted as they are.

How good of God to give us the gift of sex. How good of him to show us, both through human design and especially through special revelation that we are not made for ourselves and our own selfish sensations. Instead, we are made for the pleasure of holiness expressed and experienced through a full-sensory life of delight.

January 29, 2014
Chipper Jones Drove a 4-Wheeler to Rescue His Buddy
Next Post

January 31, 2014 Are You Young? Then Come to the FOCUS Conference February 15-17
Browse Our Archives
get the latest from
Thought Life
Sign up for our newsletter
POPULAR AT PATHEOS Evangelical
1 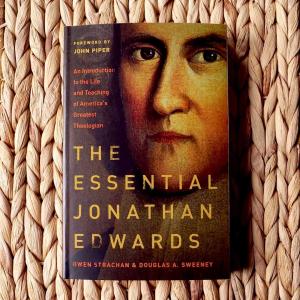